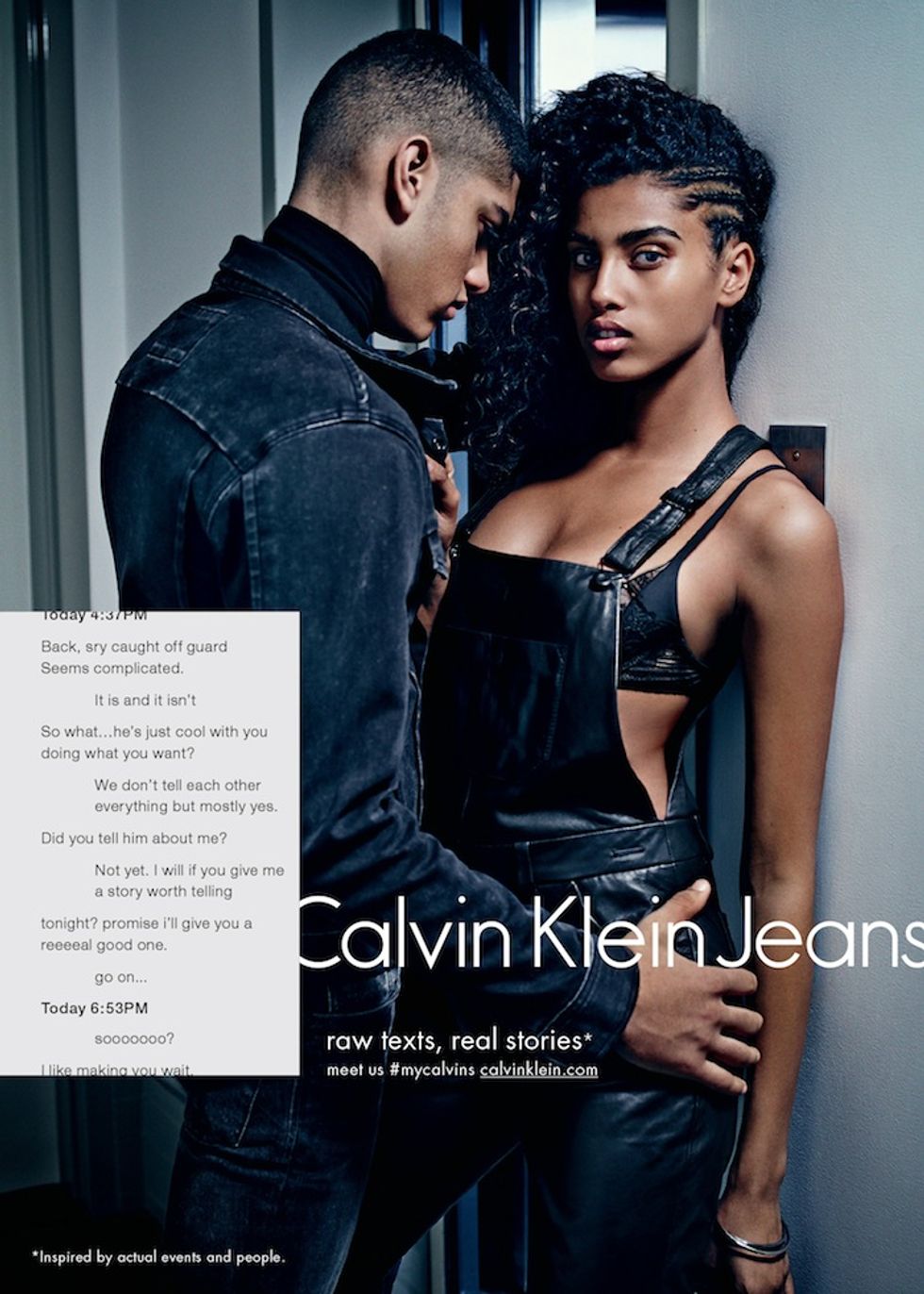 
Calvin Klein has been known for its provocative ads for decades, from a 15-year-old Brooke Shields posing suggestively in their 1980 campaign to their controversy-stirring "heroin chic" ads of the '90s to those brain-searing images of Justin Bieber from January. The brand is back to make a splash with a new series of campaign ads shot by Mario Sorrenti that feature sexting conversations "inspired by actual event and people" next to them and the tagline "raw texts, real stories." A new video, above, is also all about sex, group sex, group sexts, and sexy-sex-sex. Sex = kids and kids = sex. Sex.

The campaign, according to a press release, is meant to create "an editorial narrative of how a modern generation uniquely approaches sexual connection in a digital world." Although this all  feels painfully like something brainstormed for Generation Tinder in a conference room, and there's a dire lack of raindrop emojis, fist emojis, unsolicited dick pics that used flash and auto-correct typos for this to be at all realistic, millennials are supposedly the most horned-up generation yet. So perhaps the folks at CK are onto something.

[Request access to private photos] from the campaign below.