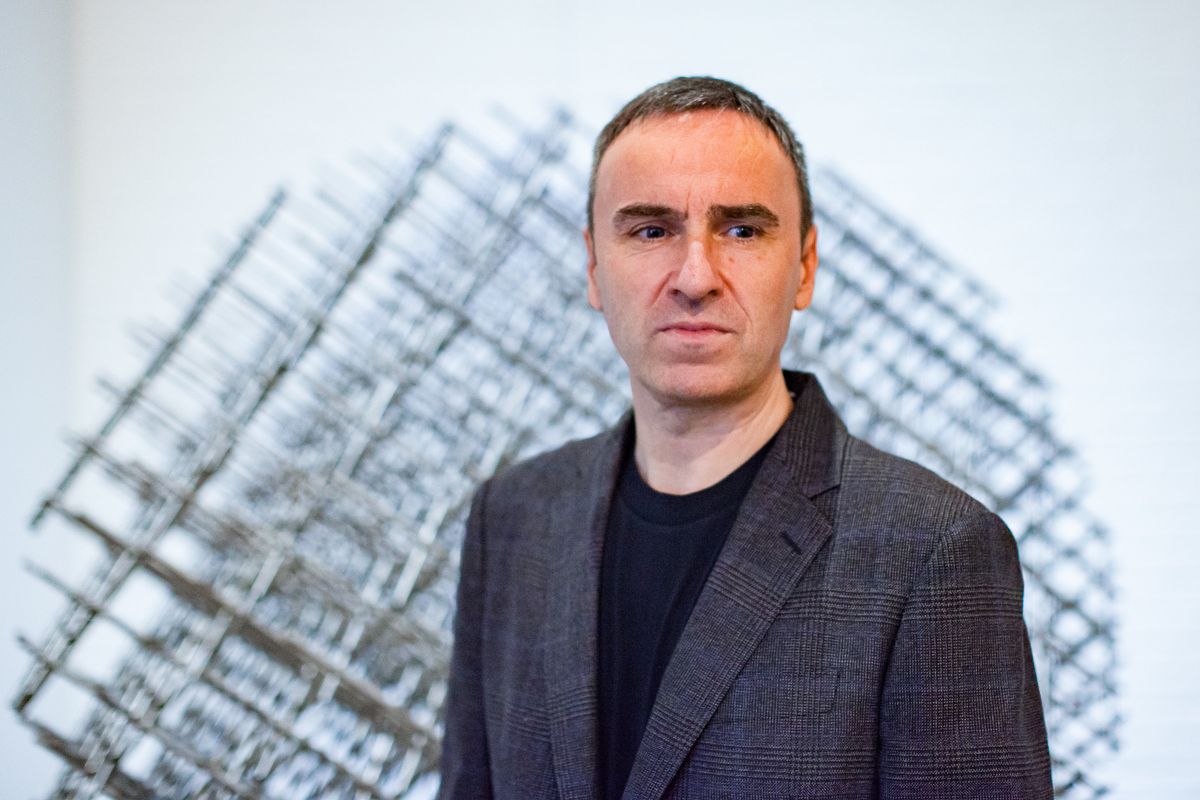 Barely two year after Raf Simons' shared his first collection as chief creative director of Calvin Klein, the Belgian designer and the American clothing giant have announced that they are now parting ways. Eight months before Simons' contract was set to expire, Calvin Klein shared late to today that the designer would be leaving effective immediately.

Originally brought on by Calvin Klein in an effort to strengthen their ready-to-wear lines which were under-performing against their underwear, eye-wear, and fragrance lines, the promotion of Simons to the creative head of the brand was met with eager anticipation. Winning three CFDA awards in two years, Simons outsider perspective on Americana in his collections for the quintessentially American brand seemed like an interesting and exciting direction for the company.

However, the writing may have actually been on the wall for Simons for some time now. Reports that parent company PVH were unhappy with the direction Simons had been taking Calvin Klein had emerged after a quartenly earnings phone call with investors last month. Attributing the decline in sales to a "too fashion-forward" approach that was alienating their core consumer, it was heavily implied that they held Simons to blame.

In a statement released today, PVH offered little insight into the decision other than they had "decided on a new brand direction which differs from Simons's creative vision." It is unclear where Calvin Klein will go from here but they have announced that in the meantime they will be skipping New York Fashion Week in an effort to regroup and move forward.