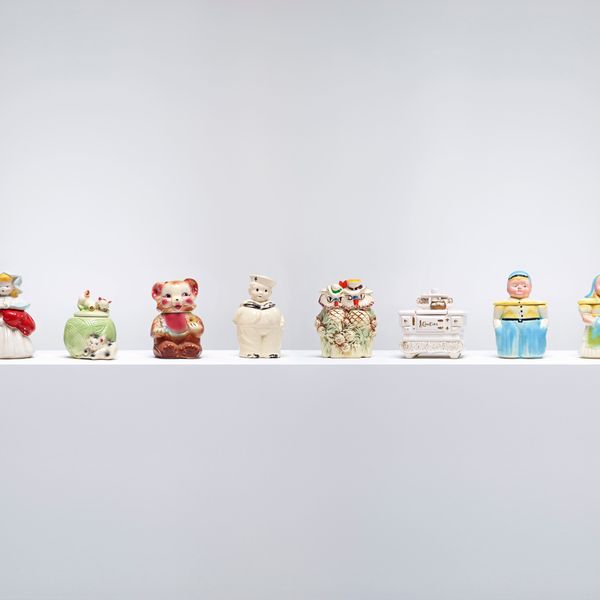 For the 2018 holiday season, Calvin Klein wants you to steal from the cookie jar in style with their launch of an array of replicas inspired by Andy Warhol's famed jar collection. The holiday release is a continuation of a series of curated vintage items presented by the brand to pair with creative director Raf Simons' vision.

Throughout his life, Warhol had a knack for collecting vintage goods, from bracelets and blankets to thousands of pieces of Russel Wright pottery. Picasso once recounted that he had asked Andy Warhol why he collected cookie jars specifically, and withholding a "naughty-little-boy's smile," the pop artist replied that they were "time pieces." Coincidentally, he had purchased many of the jars from a single shop in Manhattan called Pieces of Time, which at one point sold an assortment of classic household goods.

Related | Raf Simons Will Be Honored For His Calvin Klein Quilts

By the time of his passing, Andy Warhol had amassed 175 unique cookie jars — an overwhelming amount of kitschy ceramics for any person who is not Andy Warhol. From jarringly happy clowns to cute little puppies and lambs, Warhol's treasure trove of tchotchkes would be enough to get him his own episode of Hoarders today. An assortment of members from the quirky cast of characters appear in Calvin Klein's 44-product lineup, including a teetering Humpty Dumpty and a duckling with glasses.

While the majority of the original collection sold at a Sotheby's auction in 1988 to a single collector for almost a quarter of a million dollars, the ornate Calvin Klein recreations are retailing for $150-$350 in the Madison Avenue flagship store in New York City.