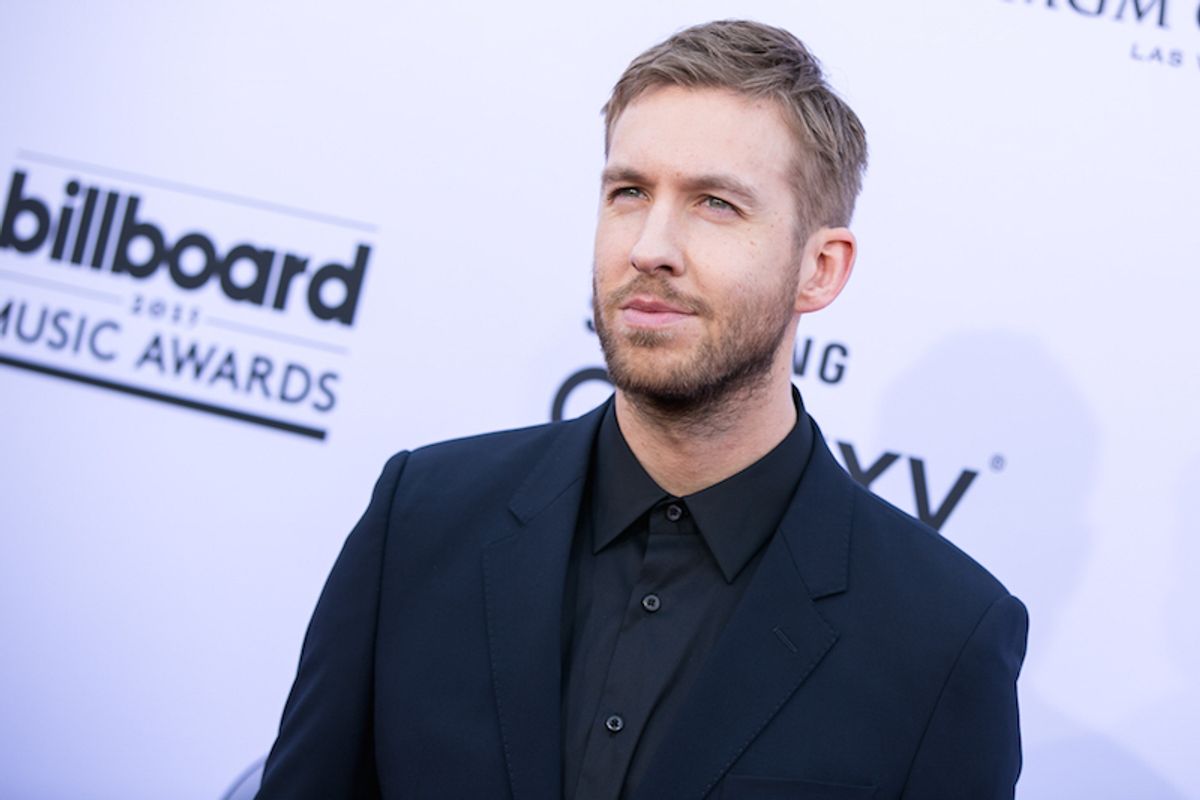 If paying to see Calvin Harris do his DJ thing live is something you're into, you'll want to read this.

Taylor Swift's beige meat boulder of a boyfriend is performing a show at the Omnia in Las Vegas on May 13th (cool), and the prices for tickets are a tad...unbalanced.

OK...so either: A) Calvin is some sort of very woke, very bae male feminist, attempting to give women a financial break for the daily hell they have to endure under the oppression of the hetero male contingent that populate this garbage earth AND make it a less EDM bro sausage fest drunk on Grey Goose which would therefore endanger the female population of the concert by 100%,...

....OR B) he wants the girl-to-guy ratio to be wildly outnumbered, to enhance the image of Scottish badboy, Armani underwear-wearing electronic house fingerblaster that being the doting boyfriend of Taylor Swift has perhaps "diminished."

However, I simply cannot, for the life of me, think of one woman in her right mind who would pay to go to a Calvin Harris concert.