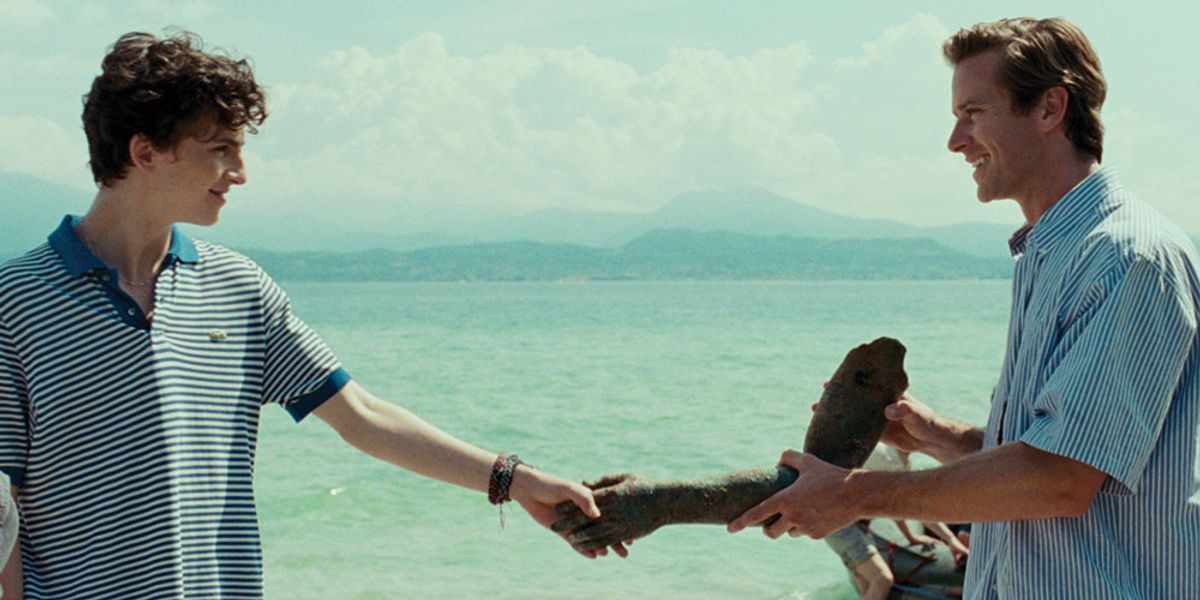 'Call Me By Your Name' Soundtrack Coming to Peach-Scented Vinyl

The critically-acclaimed queer romance film Call Me By Your Name was one of last year's greatest films. Shot in sunny, picturesque Italy, the Luca Guadagnino-directed movie beautifully captured the thrill of budding romance between Elio and Oliver.

Now, the movie's soundtrack, which features two original songs by Sufjan Stevens as well as others by Ryuichi Sakamoto and Giorgio Mororder, is coming to vinyl on a limited edition double LP.

The vinyl will be peach-scented and colored, a reference to an intensely romantic and sexual moment between Elio and Oliver. The company's website says 7,777 copies will be made, but, fittingly, "only in peach harvest season."

They will be released via Music on Vinyl on August 3rd.