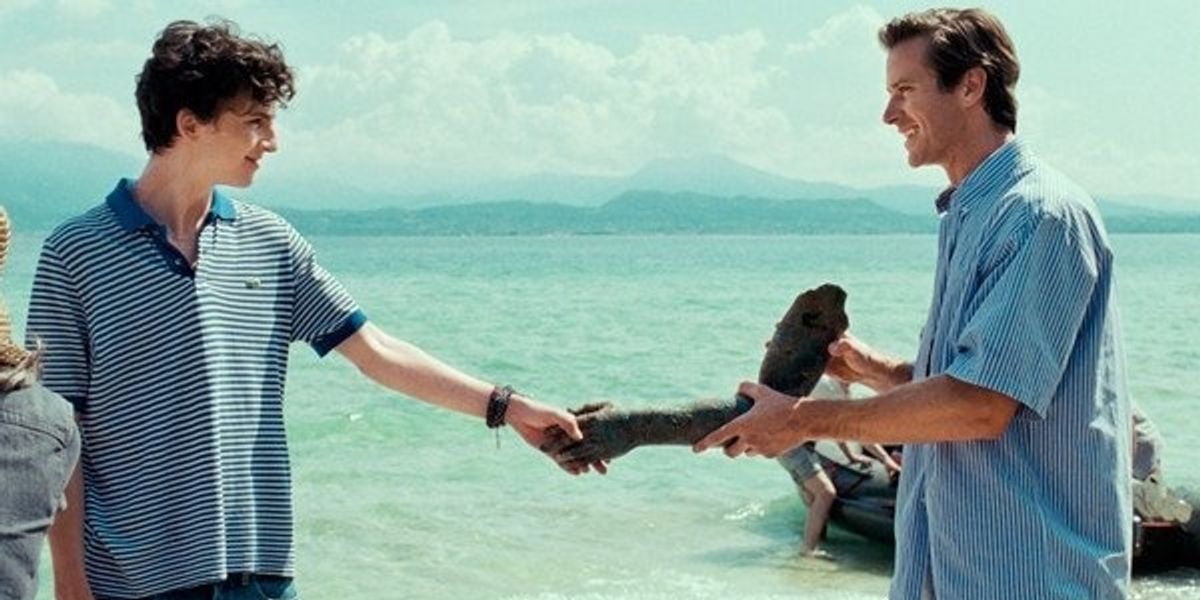 There is genius among us, it seems: someone has re-edited Call Me By Your Name into the trailer for an '80s rom-com in the style of John Hughes' The Breakfast Club or Pretty in Pink.

In lieu of the quiet, reflective tones of the actual film, the Call Me trailer (as the '80s adaptation is titled) is full of squirt sound effects (during the peach scene), cheesy (and inspiring) voiceovers, and editing that paints Elio and Oliver to be more like goofy slapstick comedians than men exploring their sexuality with deep vulnerability and intimacy.

Elio, renamed "Elliott" in the trailer, is described as "a typical 17-year-old who couldn't get a girl," while Oliver is a "not-so-typical grad student." The pair "couldn't be more different," but "sometimes the person who shows you how to be yourself is the person you least expect."

We're not saying this movie needs to be made, but we are saying we would certainly watch it if it were. Just like we'd watch an '80s version of Lady Bird where Saoirse Ronan's character pulls a Ferris Bueller and skips school to rally all of Sacramento, or an '80s The Post where Meryl Streep and Tom Hanks are actually working for their high school newspaper.

Take a look at the inspired piece of YouTube art, below: