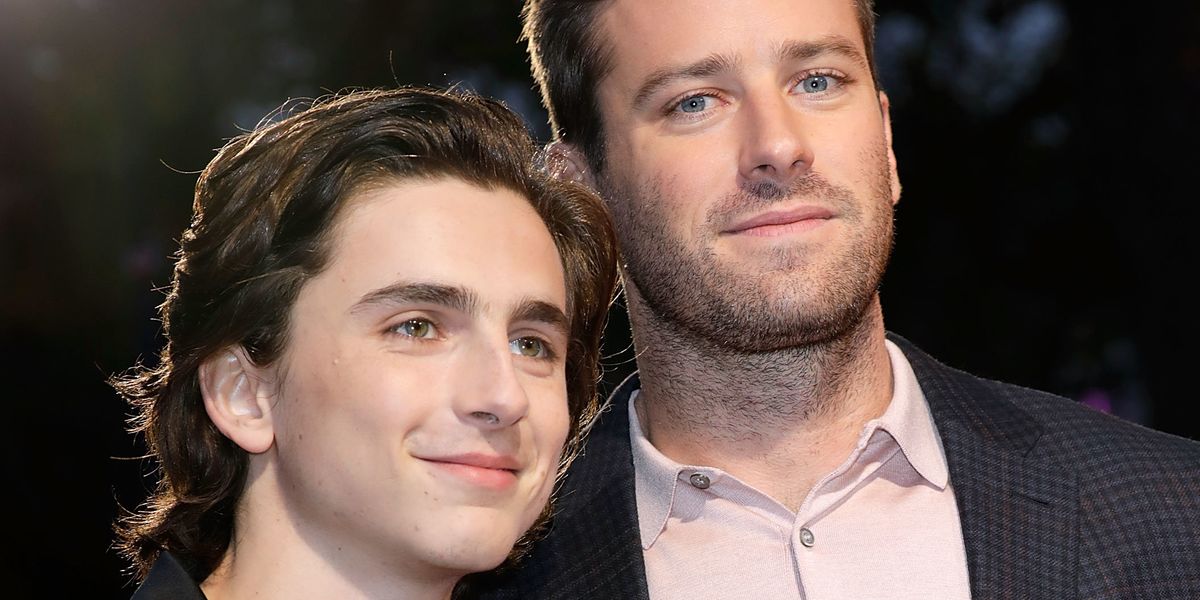 Will Elio and Oliver Get Back Together?

Still no word on the movie sequel (Armie's not super into it, though Tim and Luca Guadagnino are reportedly down) to Call Me By Your Name. However, the author of CMBYN the novel, André Aciman has confirmed that he's written a follow-up to his 2007 novel-cum-cult sunlight, linen and fruit juice-bathed film.

"In Find Me, Aciman shows us Elio's father Samuel, now divorced, on a trip from Florence to Rome to visit Elio, who has become a gifted classical pianist. A chance encounter on the train leads to a relationship that changes Sami's life definitively. Elio soon moves to Paris where he too has a consequential affair, while Oliver, now a professor in northern New England with sons who are nearly grown, suddenly finds himself contemplating a return visit to Europe."

So many questions raised and so few answers: Will Elio ever find a love that rivals his connection with Oliver? Will Oliver escape his hetero marriage? Will Samuel fall in love with a man like he insinuated to Elio he had in the past? What happened to Elio's nice mom who looks like Lorde, though? Will Elio encounter homophobia or any challenges at all for the first time in his life? Will he still be an interesting character once he's no longer defined by the hot-burning emotions of sweaty summertime adolescence? Is he still into peaches? Or has he graduated to watermelons, as has been queried on Twitter?

This summary solidly doesn't answer the biggest question driving the CMBYN2 thirst: will Elio and Oliver get back together? It seems clear Find Me won't be the epic tale centered around their reunion that some might be imagining. However, we do have Oliver's tantalizing "return visit to Europe" hanging over us, so it seems here's hope we'll get to see Tim and Armie's respectively scrawny and toned limbs draped all over each other again, obnoxiously cerebral flirting and juicy foreplay once again. Eschewing a straightforward reunion is probably for the best. As much as we want to witness Elio and Oliver's happily ever after, we know in our hearts we'd shit-talk it on Twitter if it actually happened.

Aciman explained his decision to return to his beloved characters:

"Aciman provided Vulture with a comment on the sequel: "The world of Call Me by Your Name never left me. Though I created the characters and was the author of their lives, what I never expected was that they'd end up teaching me things about intimacy and about love that I didn't quite think I knew until I'd put them down on paper. The film made me realize that I wanted to be back with them and watch them over the years — which is why I wrote Find Me."

The book's arrival probably bodes well for the on-screen sequel: one way or another Warner Bros. is going to make that cash-cow happen, no matter what Armie Hammer has to say.