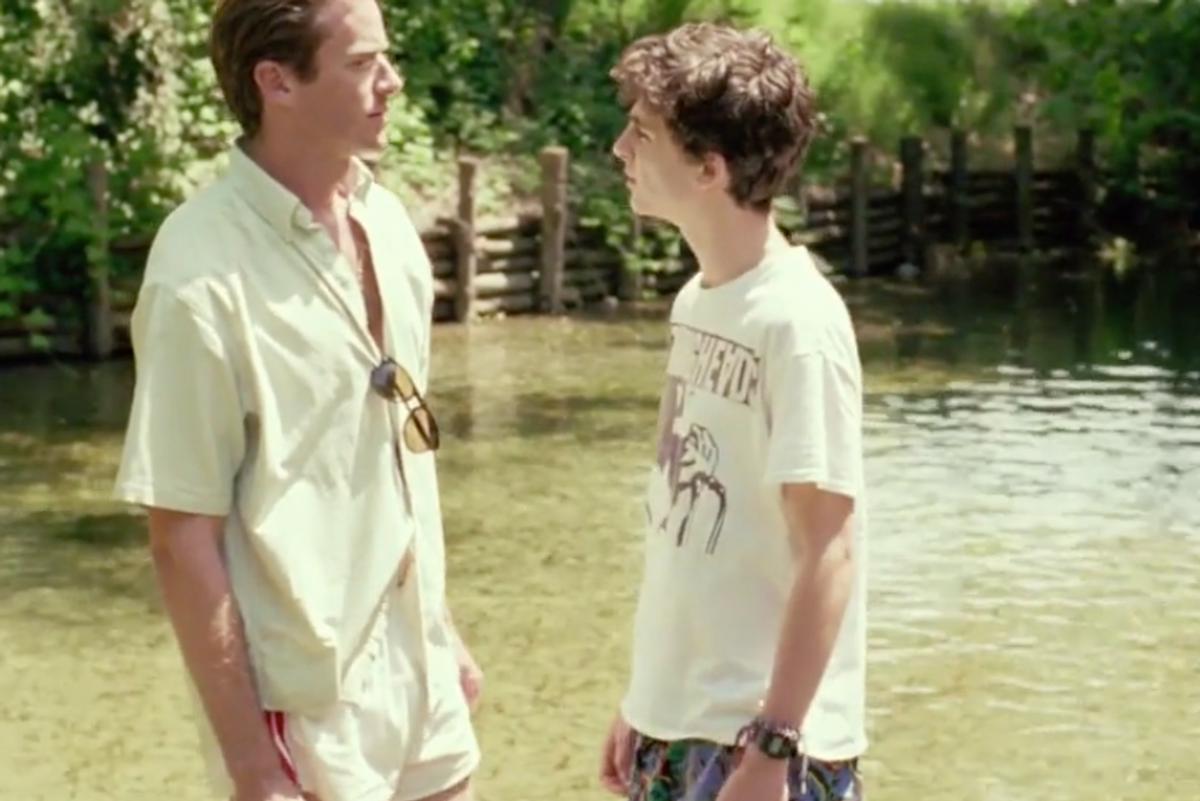 Watch the Electrifying First Trailer for "Call Me By Your Name"

Call Me By Your Name first entered our collective cultural consciousness as the critically-acclaimed 2007 novel of the same name by André Aciman. The novel was made into a long-awaited film, which premiered to much fanfare by critics at Sundance this past January. Though the film won't be released until November 24th, We now have the first official trailer (below, courtesy of Vulture) to sate us till then.

Directed by Luca Guadagnino (A Bigger Splash, I Am Love), Call Me By Your Name follows the story of Elio (Timothée Chalamet), a teenager in 1980s Italy who spends the summer getting to know Oliver (Armie Hammer), the handsome, slightly older American man who's come to live with Elio's family. Sexual tension and beautiful cinematography ensue and though there's conspicuously no kissing in the trailer, the film itself promises to be much more than this short glimpse offers.

Check out the Sufjan Stevens-soundtracked trailer below:

Here is your first official trailer for Call Me By Your Name #CMBYNTrailer pic.twitter.com/1fyT6cZADP
— Vulture (@vulture) August 1, 2017