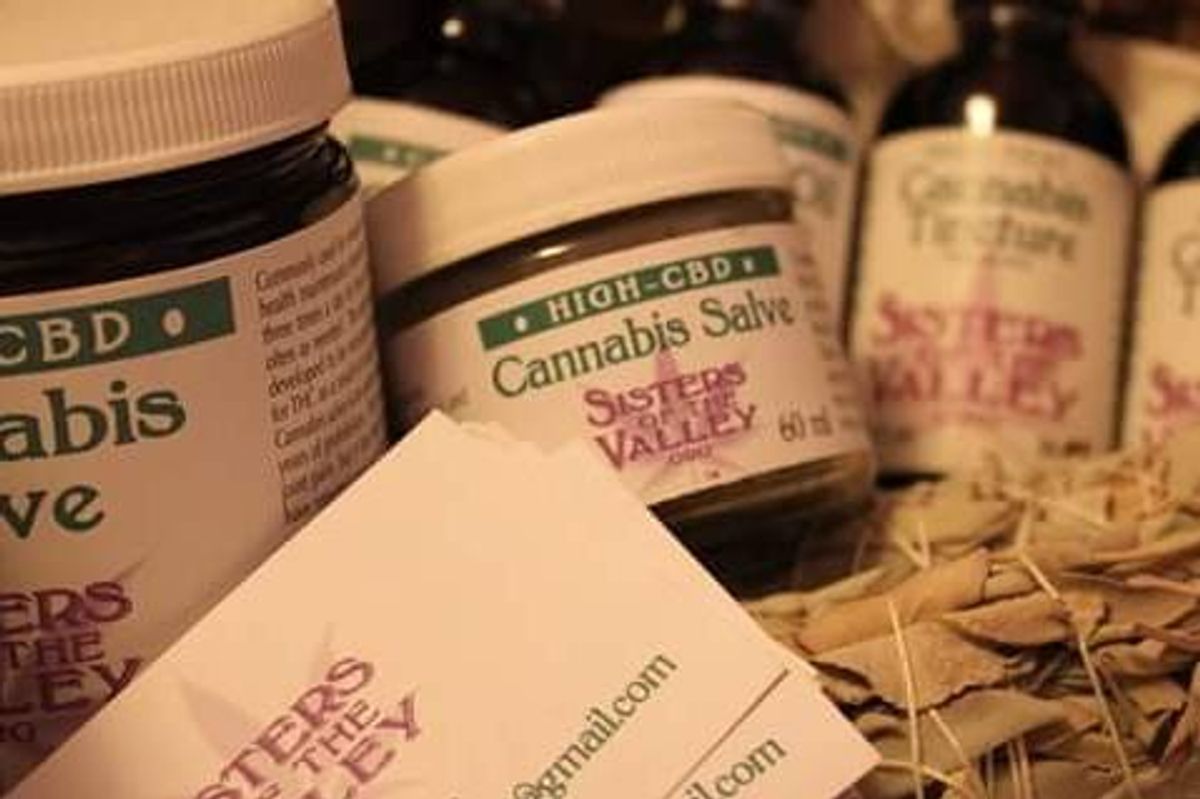 The Sisters of the Valley--a convent in Northern California--grow and sell medicinal cannabis on Etsy.

"The Sisters make their medicines by moon cycles, according to ancient tradition -- sewing prayer and healing intention into every bottle and jar."

The nuns mix and package the non-psychoactive remedies from the weed that--according to their truly next-level Facebook page--a group of"men" grow and physically labor over on the grounds of the sisters' Merced, CA commune.

This is some straight up Wicker Man shit, and I am ALL FOR IT.

"Cannabis is an intelligent plant," Sister Kate says in this video on NowThis. "Cannabis goes into our system and looks for what you need."

Unfortunately, their rising popularity (their Etsy shop is currently sold out) has made them visible to the Californian and United States government, who are working in tandem to ban widespread commerce of their products in areas where marijuana isn't universally legalized.

These sisters, however, have mobilized, and are calling their offensive "Cannabis Is Agriculture."

"We call it the new CIA!" Sister Kate says in the video, with a huge smile...

The corny "CIA" pun is something only someone who is stoned as all hell would think of and think is the greatest thing ever, and then continue running with...because they continue to be high.

Regardless of if their green is actually as special as they believe, who is this harming, really?

How can anyone declare war on 420-friendly nuns?