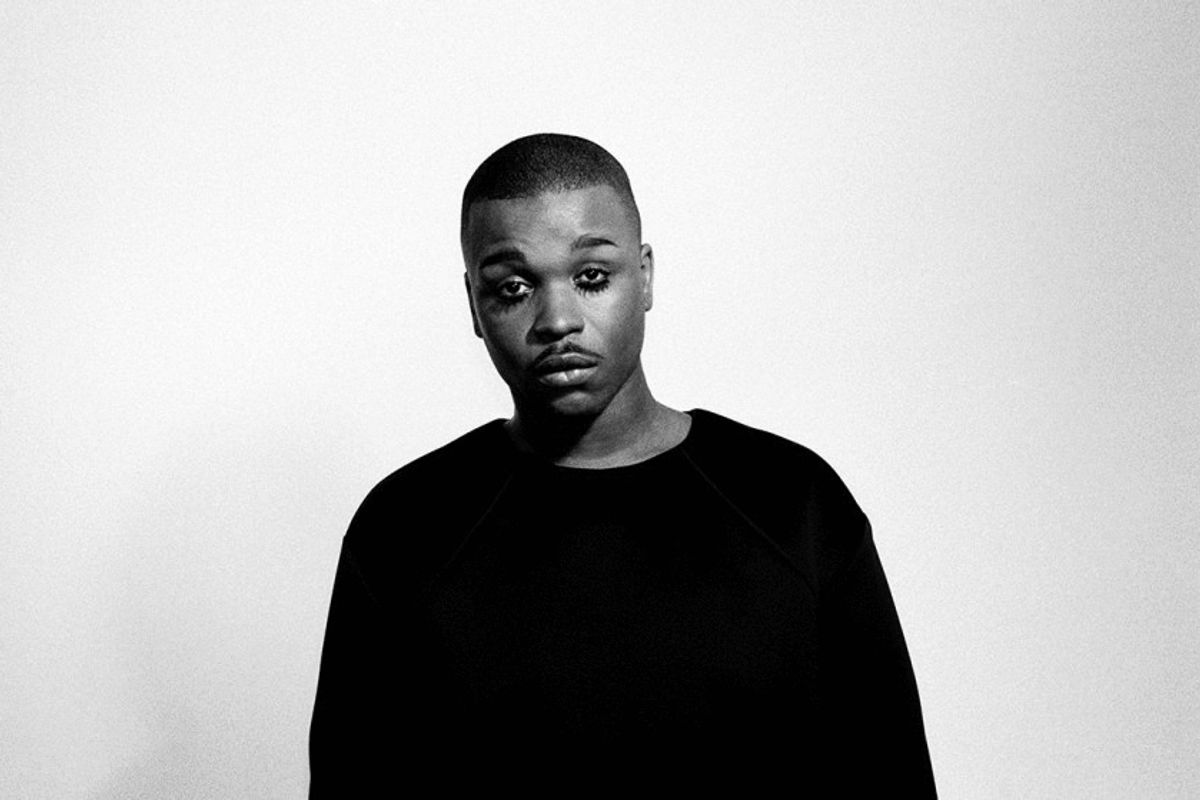 Openly gay black rapper Cakes Da Killa, born Rashard Bradshaw, did something really great at last week's Battle Hymn club night here in NYC. Stick with me for a sec if you're wondering why I led with the signifiers openly gay black.

I wasn't there, but I have friends who were. And I've been to Battle Hymn before — and what often happens is things get packed, hot, and deeply uncomfortably sweaty, which is fine because we're in New York and aren't necessarily promised the luxury of wide-open spaces. But Battle Hymn, by many accounts, is a notably safe space — and an unapologetically queer one. So, therein lies the openness we seek. Some attendees of Battle Hymn come for the music, others come for the hook-ups, most come (and stay) for the community. Sometimes the crowd is ethnically and racially diverse, sometimes, as what happens commonly in queer spaces, it can trend generally toward very, very white. I'm black and queer, so I frequently have to adjust to many a setting where people often don't look, act, or think like me. And that just is what it is. I am not here to write a dissertation on that particular matter.

But Cakes Da Killa did something in the spirit of a) humor, and b.) advocacy that apparently upset some people, or at least MetroUK (sorry, #who?). What, you ask? He invited a handful of the few black attendees of Battle Hymn onstage, and invited white folks to leave the stage as a way of celebrating Black History Month. How dare he. Now: If you have ever listened to Cakes' music, you know he has a) again, a sense of humor and b) is unapologetic about his experiences through his lyrics.

There's "Been Dat Did That" for an elementary course; link to SoundCloud here. Secondarily, something I am totally here for is the idea that openly gay or queer black people can claim space as powerfully as they want to. Humor aside — not that this should ever be a requirement for people to feel comfortable — the people who were mad about Cakes' decision to invite black folks onstage should probably ask themselves why they felt so pressed. If those who were mad were white (which, let's be real, they were), was it a matter of being called "white"? White fragility, as hopefully everyone knows, is very real and some white folks just can't stand to be called white at all, even if that's what they literally are, racially and culturally. Or was it a matter of being unwilling to let an openly gay black rapper radically claim the spotlight during his own performance with other likely openly queer black people for just a few moments of a performance?

MetroUK's attempt to create clickbait by implying that Cakes' LEGENDARY actions were somehow racist reminds me of every single time a black person has even merely suggested that they deserve to claim (safe) space or have equal or better opportunities than their white counterparts, or IDK, run for president of the United States of America. (See: birthers' attempts to illegitimize Obama's whole presidency / Oprah 2020, anyone?) What happens here is that a bunch of pressed white people decide to snatch the mic back, as if they don't have it 99.99% of the time. And before you say: wait, Cakes is also gay, let's not be foolish about the fact that the world at large sees color as the most dominant trait of a marginalized person, regardless of their intersectional identities.

And before you conflate Cakes' celebration of Black History Month with the violence of racism, let's not be foolish about the fact that black folks get the shortest month out of the year to celebrate historical contributions made for this country for the benefit of all people. And yet, the saddest reality is that even then, there will always be somebody waiting to snatch the mic back.

Now, if you read through this and want to try understanding Cakes Da Killa's perspective, read his full statement here.