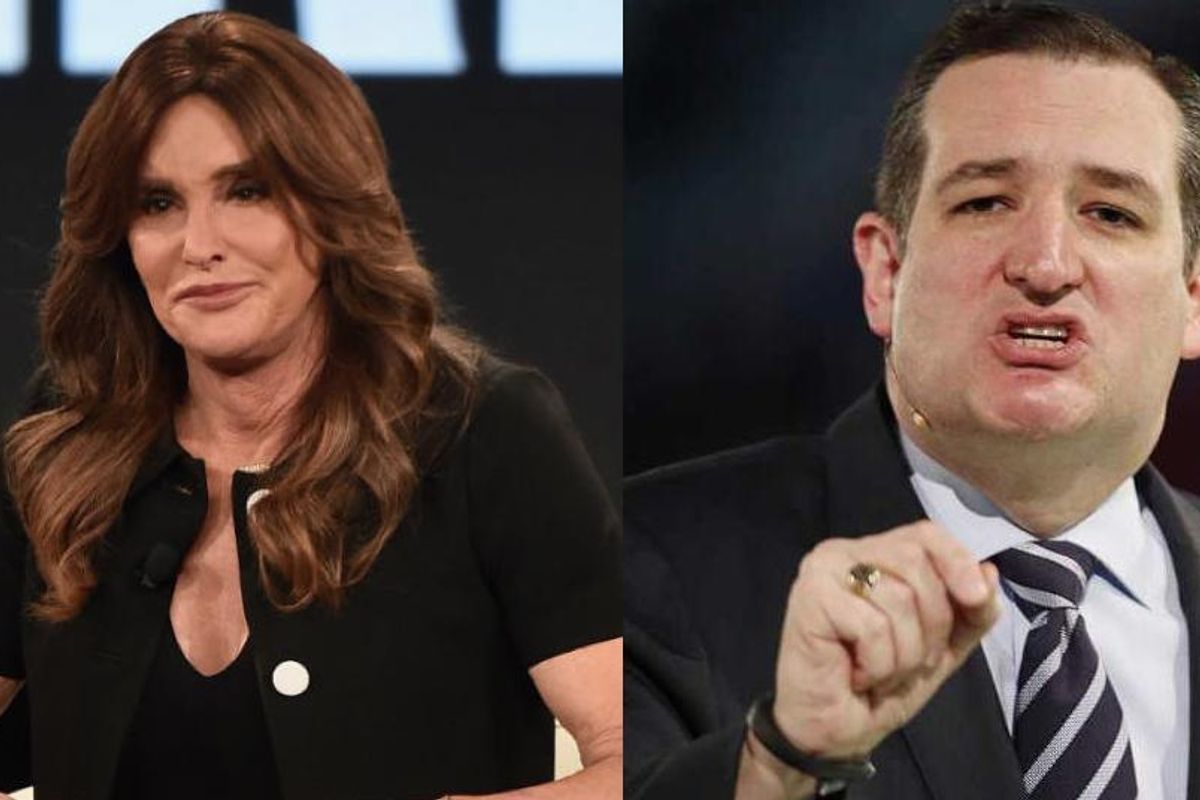 Caitlyn Jenner continues to draw criticism for her firm status as a Republican, and has been frequently called out to check her undeniable financial and celebrity privilege by trans people everywhere.

However, the perceived hypocrisy of the Olympian's conservative leanings reached a new peak, after an interview in The Advocate had her quoted as saying she wants to work with Republican presidential hopeful and vocally anti-trans Ted Cruz.

Caitlyn prefaced by recalling that Cruz was "very nice" when she met him prior to her transition.

"Wouldn't it be great, let's say he goes on to be president," she tells me in relating a conversation on the tour bus. "And I have all my girls on a trans issues board to advise him on making decisions when it comes to trans issues. Isn't that a good idea?" she asked me.

"You're going to be Ted Cruz's trans ambassador?"

"Yes, trans ambassador to the president of the United States, so we can say, 'Ted, love what you're doing but here's what's going on.'"

As the interview went on, Jenner maintained that her fiscal preferences could benefit the trans community.

Number one, if we don't have a country, we don't have trans issues. We need jobs. We need a vibrant economy. I want every trans person to have a job. With $19 trillion in debt and it keeps going up, we're spending money we don't have. Eventually, it's going to end. And I don't want to see that. Socialism did not build this country. Capitalism did. Free enterprise. The people built it. And they need to be given the opportunity to build it back up.

Meanwhile, we all know where her stepdaughter, Kimberly, stands.