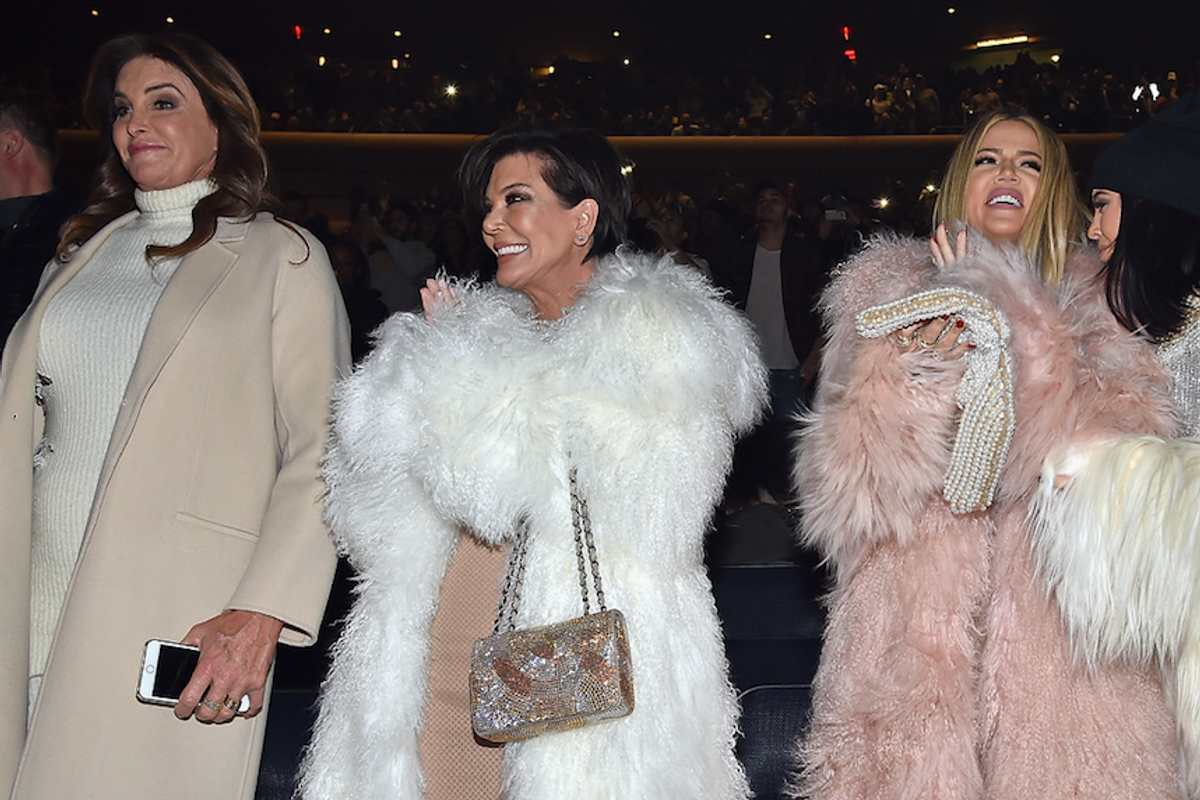 Caitlyn Jenner is having a real week of it. Deep in the press tour for her new memoir The Secrets of My Life, Caitlyn slithered on into SiriusXM today to tell Andy Cohen all about her relationship with former stepdaughter Khloé among many other very intense topics.

Despite the fact the two were obviously contractually obligated to appear on a very recent episode of Keeping Up with the Kardashians for the ~drama~, Caitlyn maintained Khloe and herself haven't spoken for "like, two years" adding, "she doesn't want to talk to me".

"I was very very close to Khloé, I mean I had 23 years of raising her. I met Khloe when she was 5 years old...Of course it hurts...She was on Howard Stern and called me a liar. And that kind of pissed me off too cause I never lied to her, you know, if I didn't tell her everything. First of all, she never asked."

In her first post-robbery re-cap interview on Ellen, Kim also addressed Cait's memoir, repeating the party line that really no one is happy at all. Kris allegedly called Caitlyn to tell her they would never speak again.

"My heart breaks for my mom, you know, because I feel like she's been through so much and [Caitlyn] is promoting this book and she's saying all these things. I don't think it's necessary and I just feel like it's unfair, things aren't truthful."

Caitlyn has also revealed that she's pretty damn unhappy with the Trump administration and has a meeting with Vice President and gay conversion-therapy supporter Mike Pence on the books to make her thoughts known.

"I know everything that's going on and I know everybody in his and Trump's administration who are for and against," Caitlyn said. "[Pence] has come up when he was governor [with] some of the most anti-LGBT issues. I know that. The American Unity Fund worked very closely to take that legislation and really get it out of there. And he came back kicking and screaming. And did sign some stuff and did better with that on that issue."

As the conversation drew to a close, Caitlyn asked Cohen to tell her family she loved him, which is all-round pretty sad but also wow, what an interview.