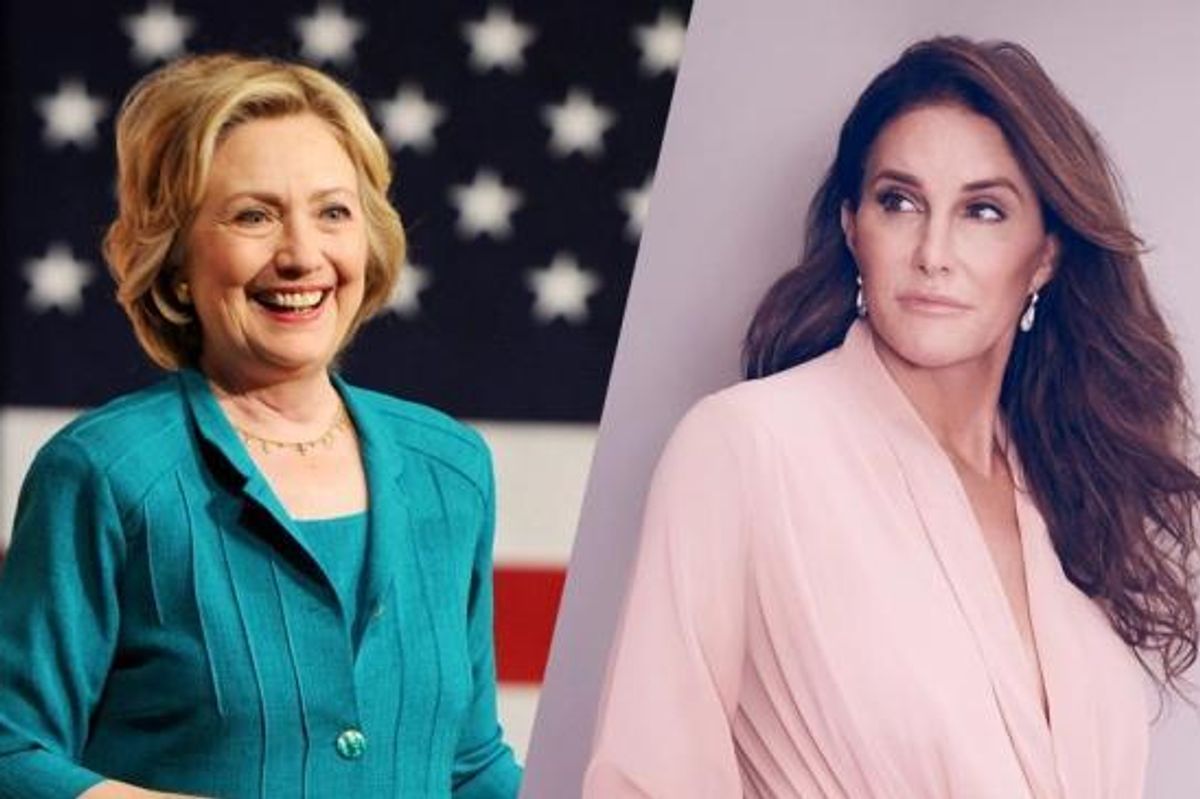 During last night's season premiere of E!'s docu-series I Am Cait, its titular star, Caitlyn Jenner, was blunt about her stance on presidential hopeful Hillary Clinton.

After expressing her reluctance to appear at a Democratic presidential debate, the vocal Republican Olympian-turned-reality star--in the midst of a bus speaking tour--told her friends/tour companions that she was pessimistic of what theoretical President Hillary would do for all women.

"And if we're unfortunate enough to get Hillary as our next president, we need her on our side," she said, adding, "although, she won't be; she could care less about women."