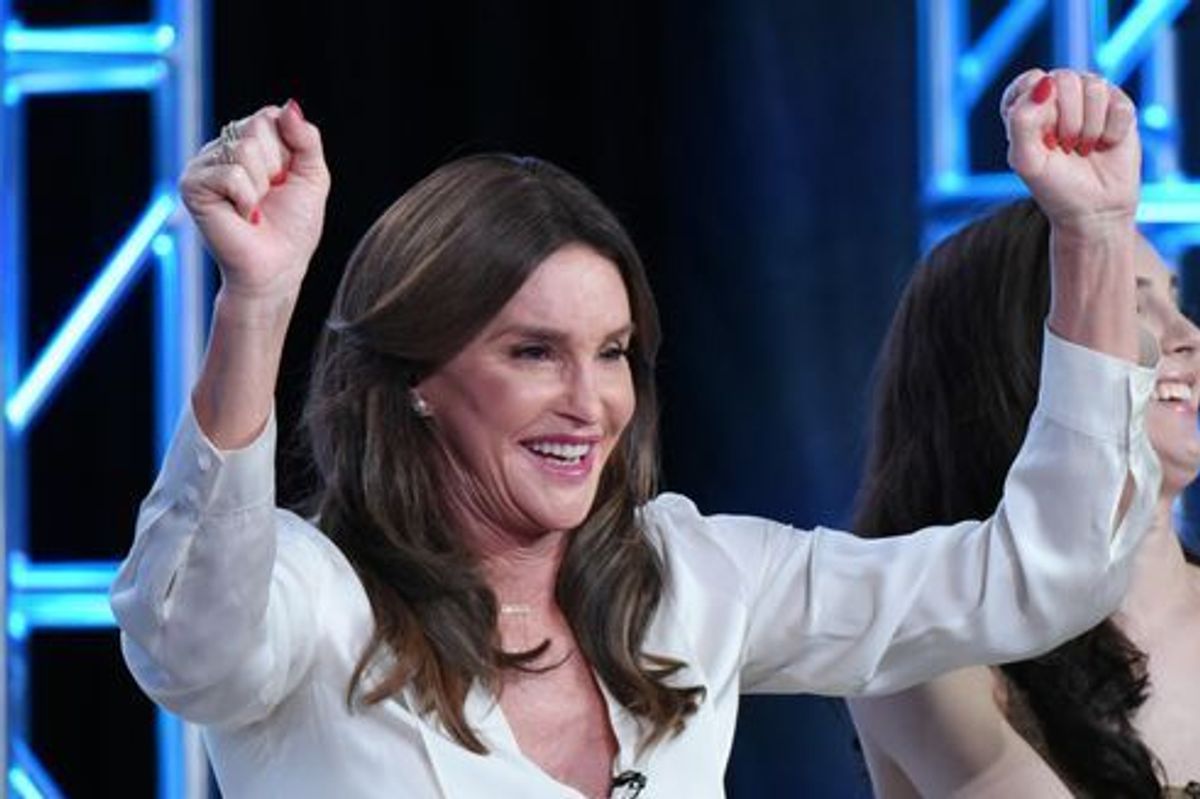 In just one week, Caitlyn Jenner has gone from volunteering to be Ted Cruz's "trans ambassador," to a Donald Trump feminist.

In a newly surfaced clip from E!'s I Am Cait,I Am Cait, Republican Ms. Jenner, again is on the bus part of her bus tour, when friend and fellow trans activist Chandi Moore asks for her views on budding tyrant, Donald Trump; you can actually see the entire bus bracing for it on their faces.

"Kill me now," Academic and trans activist Jenny Boylan says, on behalf of the entire world.

That kind of stuff.

Caitlyn must have a copy of the women's rights handbook to life, simply called That Kind of Stuff.

She also, again, express her dismay with Hillary Clinton, calling her a "liar," and glibly asking her friends to name "One good thing she's done."

Caitlyn has one person on her side, though! The bus driver.

I'm not even sure Ms. Jenner realizes how truly delusional she sounds, but let's just hope all of it is simply a concocted mess ratings.

Regardless, the fact that Caitlyn would even be necessary to let herself be quoted as such is fairly frightening.