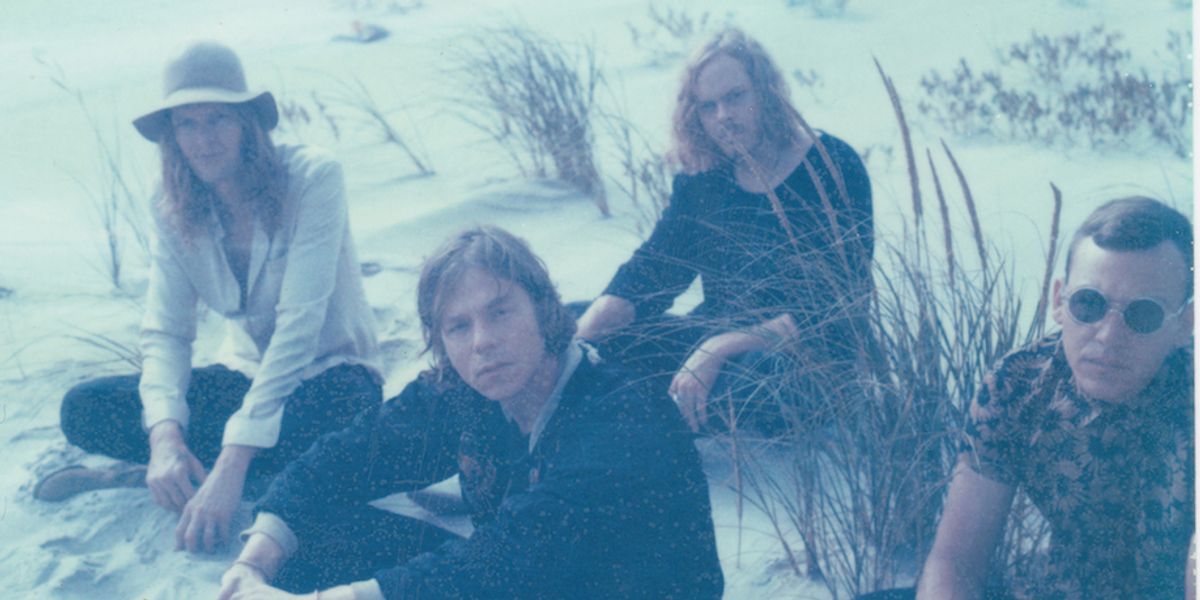 Cage the Elephant wanted to find a new sound for their fourth studio album, Tell Me I'm Pretty, so they recruited Dan Auerbach of Black Keys fame to serve as producer. The raucous new approach the Kentucky-born band sought is best exemplified on lead single "Mess Around," and the rest of the album finds them moving away from the alt-rock radio template of their previous releases into a more off-the-cuff garage-rock vibe. We caught up with lead singer Matt Shultz to talk about the making of Tell Me I'm Pretty, testing out new material on the road and who, or who didn't, influence the making of the album.

What direction was the band looking to go for Tell Me I'm Pretty?

Several different directions, really. I wasn't looking towards any bands or a specific sound; it was more or less a feel that we were trying to capture. We wanted to write an album that wasn't able to be pinned down to a specific time period. That felt kind of classic, and had a lot of warmth to it, and also at the same time did nod to the past and pay homage to the bands that we grew up listening to. A big part of this was definitely influenced by rock 'n' roll, and then the rest was us reaching for more transparency to grow as writers and to capture the energy that we have in our live show.

You mention transparency, did you mean in songwriting or in the music that you ended up producing?

I think that was more for lyrical content in terms of myself. As far as musical direction, I think it was staying true to our conviction. You want to write records that hopefully fill the hole in music that you feel is missing. One thing that I heard Bob Dylan say is that if someone had already created a sound he created, he never would've done it. I've always held to that and wrote records I'd like to hear.

You mentioned there was some older music that you wanted to reference on this record. What were some of the bands and albums you were thinking about?

I tried not to think of any specific band in particular to try and avoid being over-influenced. It was more the reckless sentiment that we were trying to capture.

Were you trying to capture what it sounds like when you're performing versus when you're in the studio?

Absolutely. We wanted this very much to be a live record. A lot of the songs were first takes, and then there were songs where scratch vocals became the vocals on the tracks. We definitely wanted to create a record that was based on reaction and our first reaction, and we tried our best not to second-guess ourselves.

For this album, you worked with Dan Auerbach for the first time. How was working with him?

It was great. Dan was a really nice balance to our approach. I think we both had similar visions and similar tastes in songwriters, but we were standing at different places. Also, Dan has a great grasp on atmosphere and sound and textures. I think a lot about songwriting, structure and form, and Dan really helped out with the sonics of the album.

Did you feel like this album was able to capture your live sound in a way that previous albums hadn't?

I think with each record, we got a little closer to capturing that and we wanted to venture outside of what we knew and test our ability and try to grow. Sometimes it's easy to get caught up in the safety of what's worked in the past.

Were there any other things that went into the process of recording this album that were different from what you've done before?

We had most of the songs going into this recording process, whereas in the past we've built a lot of the material in the studio. So that was different. You know honestly, there were a lot of differences. Dan's whole style of production is very different from Jay Joyce, our (previous) producer. Everything was live, nothing was on a grid. What you recorded was what it was, there wasn't a lot of editing afterwards. It was a very different experience. With Jay, it was more careful, if that makes sense.

Have you guys been able to perform any of this new material live?

We've only performed two of the tracks, but they felt great. They felt really nice within the set. I don't know, we'll see how people react.