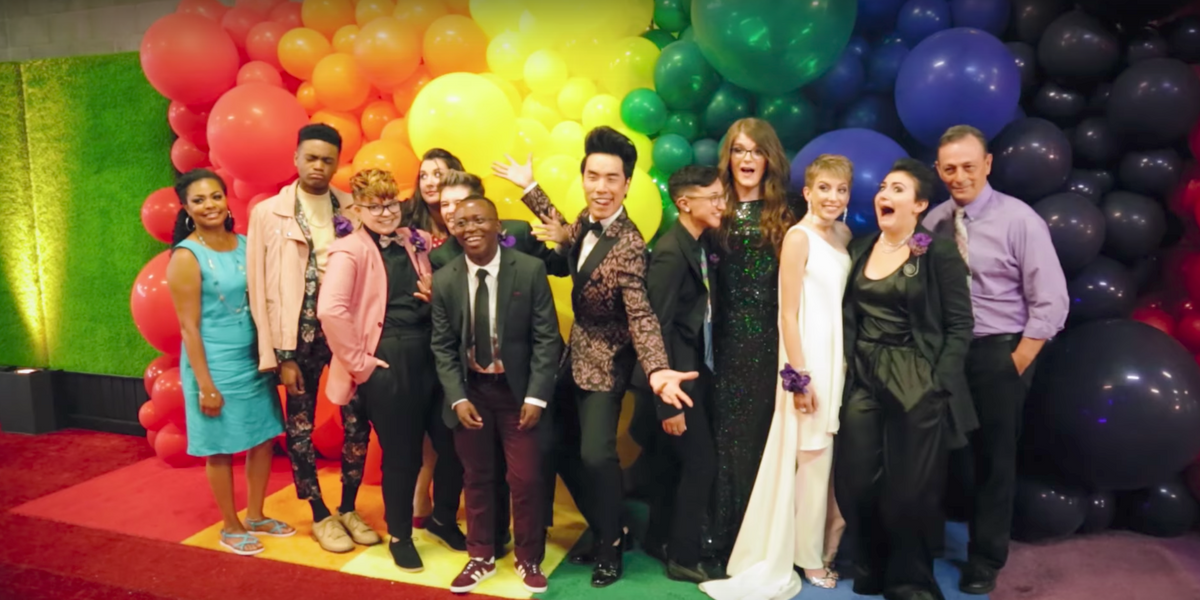 Growing up anywhere on the LGBT spectrum is difficult, especially when navigating the trenches of high school hierarchies, hormones, and social systems, which all come to a head at prom. The annual social event combines all that makes teenage years particularly excruciating: dressing up, dancing, finding a date, and posing for pictures. Let's not even talk about Prom King and Prom Queen.

As if peer-to-peer judgement wasn't bad enough, courageous queer students also have to contend with conservative-minded school officials that have a well-documented history of denying dates of the same gender. It's no wonder then that LGBT students often don't feel comfortable going to prom, and that's why, this year, BuzzFeed threw one just for them.

Like any great queer party, there were drag queens, dancing, incredible out fits, and Adam Lambert. It's a heartening video made only better by the presence of these kids' parents. "I'm so grateful that his first experience was [with] such a supporting community. As a mother, we don't want any experience, especially the initial one, to be traumatic or disappointing," said Christopher's mom. Sage's dad continued the sentiment, "Sometimes, as people, we use our eyes to judge people rather than getting to know them and understand them. I think it's taught me to not use my eyes, but use my heart. [This] didn't become a queer prom. It became a prom of people who didn't care who everybody else was." Imagine something as simple as that.