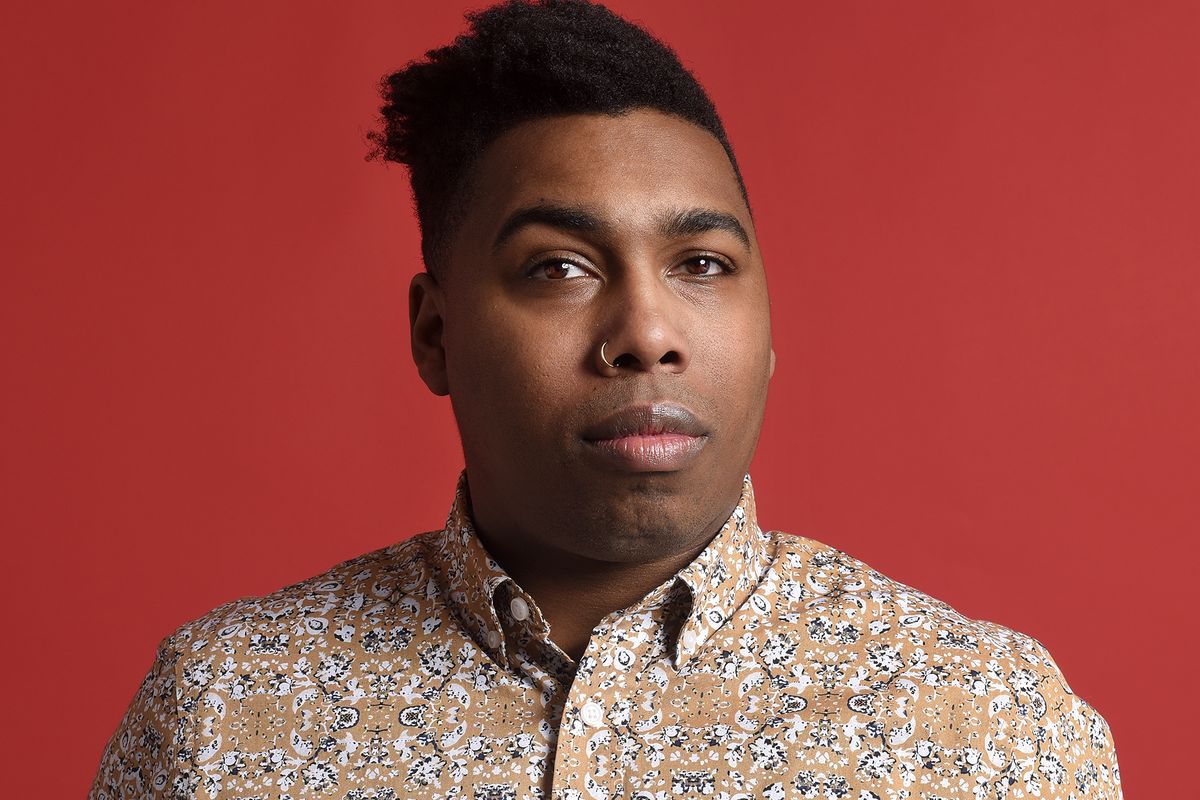 Buzzfeed Announces The First Class Of Their Emerging Writers Fellowship

One of the most poignant conversations currently happening in today's mediascape is one centered on diversity -- namely where all the women, people of color and LGBTQ reporters are in newsrooms that purport themselves to be fair, balanced and well-informed arbiters of information and thought. Which is where Buzzfeed's Executive Culture Editor Saeed Jones and his Emerging Writers Fellowship comes in.

The program, which was initially announced in October, was created as an effort to help diversify our current media landscape by helping nurture the next generation of much-needed voices, and after much deliberation, PAPER is proud to help roll out the announcement of the four carefully-selected fellows -- Chaya Babu, Tomi Obaro, Niela Orr and Esther Wang.

We spoke to Jones in anticipation of the announcement, and to learn more about who he chose amongst the overwhelming 500+ applicants from a variety of backgrounds.

So what were you initially looking for in the candidates?

I know it's phrased as an emerging writer fellowship, but I tried to keep a very open mind. The way I tried to come at it was thinking about writers who already are doing great work and are making it happen on their own...but because of the various barriers -- either finances, a lack of network support, a lack of a sustainable job opportunity -- these writers are best kept secrets. So more broadly I was looking for people who had tremendous potential, [who made it] clear that this investment would pay off. And in terms of an "investment" I mean giving them four months, [equipping] them the resources, giving them mentorship, bringing them into the workplace here at BuzzFeed and then seeing if this candidate would really be able to flourish and thrive.

Right, and 2015 has been the year of more diversity in the media and more awareness, at the very least, which is great for people like you and me.

I always worry. It's easier to talk about diversity in the short term, and it's easy to hire more people of color and more women. But I think it's more difficult to look at the ways in which the long term we're looking for substantive change. For me, that's part of what this fellowship is about. Yes, I want these writers to thrive, but I'm also hoping that 5 or 6 years from now, these fellows are both successful writers and editors. I hope they go on to become gatekeepers. I hope they go on to mentor other writers, because no one organization or newsroom can single handedly change the industry.

Buzzfeed is also in a pretty unique position, like having the resources to provide the fellows with this sizable stipend in an industry where you basically don't get paid for the first few years.

Compensating the fellows was an integral part of the concept from the beginning. You can't say you want to change media and change equity and not be paying people. And you can't expect great work from people who are broke. I know New York City, and the media and publishing industries, are used to running on the fuel of exhausted, competitive people, but I don't think that's sustainable. We've all seen, again and again, examples both personal and industry-wide breakdowns, whether that's a lapse in judgement or a "why did you write this or that?" All of these instances come back to, "Are we creating a sustainable pipeline for writers to get experience to be taken care of so that they can do great work?" Because if we don't do that, then we're looking at newsrooms full of wealthy, urban, white professionals. Then we're looking at hiring pools where we say, wait, why aren't there any women applying to this job? Why aren't there any people of color or queer people qualified for this job? It's not that diversity doesn't exist, it's that people aren't given the opportunities to be groomed for these positions.

Exactly. So on that note, let's talk a little about who you've actually selected.

First we have Chaya Babu, who is just awesome. She lives in Brooklyn, and she's been doing really great work on race, migration, gender and sexuality. In particular, she wrote a personal essay called "Good Girls Don't Say Such Things" that's about her time working for Vogue in India. You see what it means to be a young woman from the States in India amidst this huge shift in rape culture and how rape is dealt with, and it's stunning and beautiful. She has a real eye for prose and poetry. She does great work on covering the Indian diaspora.

Then we have Tomi Obaru, who is coming from Chicago. Right now she is an assistant editor at Chicago Magazine, and she's been doing good stuff...like she did a great essay for The Toast about when she was little, and about trying to explain Halloween to her [religious, Nigerian] parents.

There's also Neila Orr. She studied at CalArts. One of the essays that she's wrote that really got my attention was a piece about the cinematic whitewashing of weed dealers. If you think about the last few years of TV, the white drug dealer who's cool has become more of a trope...and it's paralleled with drug legalization. She then looks and says, this is what's happening, all while noting that the legacy of the war on drugs is a racial story as well. It's interesting.

The last fellow is Esther Wang. She's based in Brooklyn as well. Both Esther and Chaya have done work with the Asian American Writer's Workshop, which has been doing great work. They have an open city creative nonfiction fellowship, which is a great example of showing how these fellowships can create opportunities to groom writers for opportunities that have a larger platform. She wrote a really good story about the Sunset Park neighborhood that has an increasing influx of Chinese Immigrants with a knack for stainless steel housing decorations -- so like, the gates, the fences, the metal bars on the windows are all stainless steel and all glittering and it's very odd. That's where the story starts and then it leads into this really interesting story about community and immigration...Like it starts with stainless steel and then turns into a story about immigration, gentrification, and ethnic and racial tension in this community.

Again, with each of these writers their works re-introduces you to what you thought you knew.


Yeah, all of those stories sound fascinating.

When I go back to the work that all of these fellows are doing, that's part of it -- where a writer can point to an aspect of culture that you already recognize and then make a new constellation [out of all this information]. Like even if you're aware of one of the stars that they're mentioning, they talk about this, and this, and this, and all of a sudden you're like "whoa" and your perspective is changed. That to me is the epitome of great culture writing. Meeting us where we are, looking at what we know, and then making unexpected connections that often are rooted both in the writer's expertise and their life. Part of this is just going to come from your own experience and what you personally are interested in trying to figure out.

Yeah, I mean, this opening up of "perspective" is really the reason why this fellowship is incredible.

I hope so, It's so needed...These are all four writers that I'm embarrassed to not have known about their work until now, and I'm so excited to work with them.