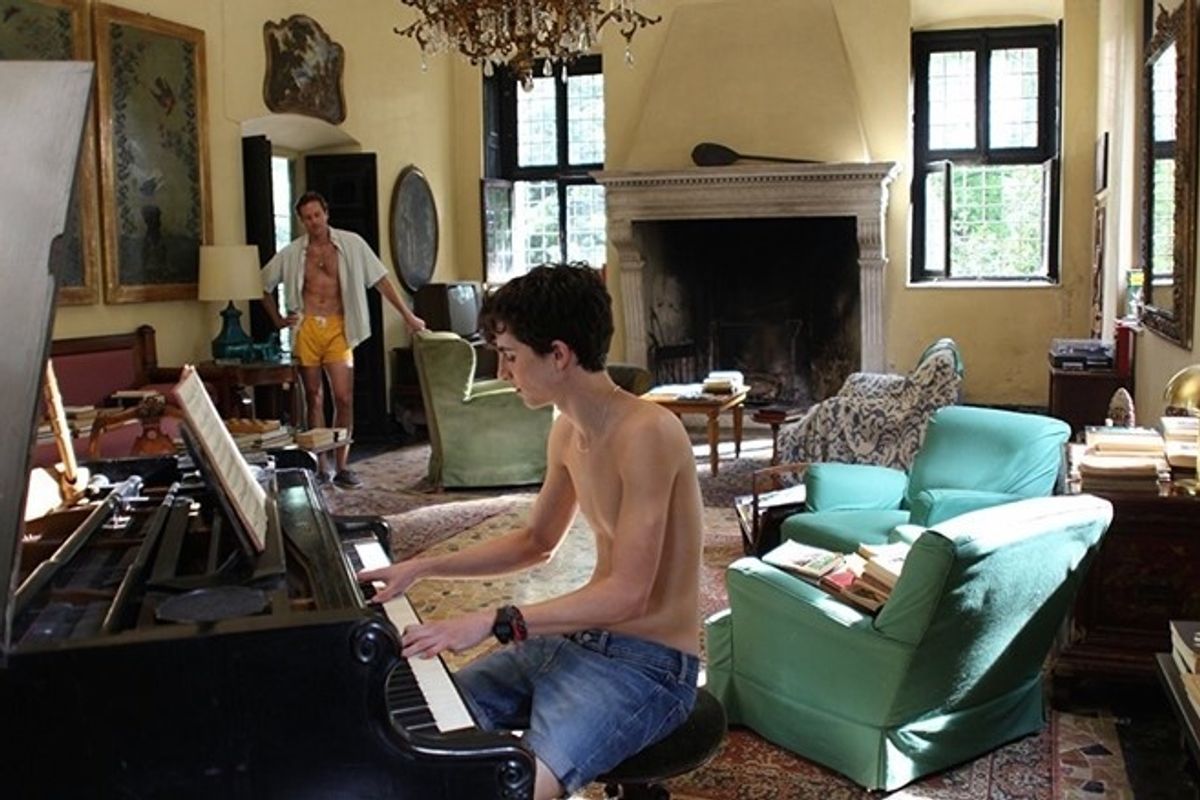 If you are fed up with living in a metropolitan city that is perpetually in a state of housing crisis, and want to dive in to the depressingly beautiful (and depressingly depressing romance) that is the union of Elio and Oliver, the time is now. Why? Because the very house that appears in Call Me By Your Name is for sale.

The Italian mansion is nestled in the country's Lombardy region, on the border of Switzerland, and as you've seen from the film, is surrounded by fruit trees, with 15,000 square feet, eight bedrooms, seven bathrooms, open fire places, balconies, terraces and even has a pool. A pool! Of course, it's going for a pretty penny, 1.5 million euros, in fact (1.8 million USD). Guadagnino, the film's director, also hoped to own it — until he realized he couldn't afford it.

"I had known that house for many years; I even dreamed of buying that house," Guadagnino told Architectural Digest. "Once I realized that I couldn't afford it and didn't really want it for my life. I knew where I was going to set the action of the film — this place with faded, aristocratic charm, that a professor and his wife might have inherited but can't quite keep up."

Maybe just pool your resources with eight friends and see what you can get? Any price is worth it to imagine yourself immersed in the setting where Elio and Oliver flirted over a grand piano, lazed by the pool, enjoyed a hot, sweaty game of volleyball and picked peaches. Think of the peaches.