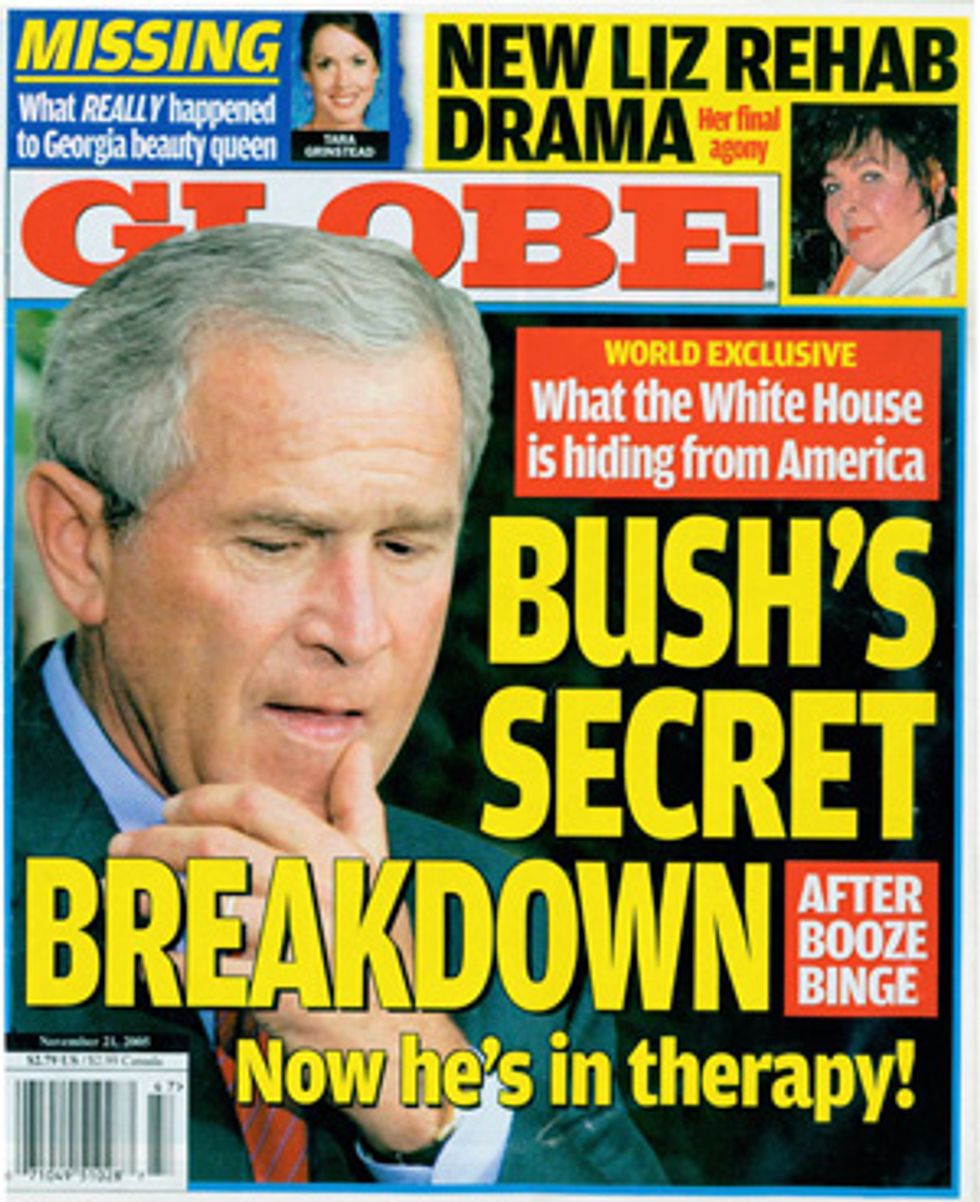 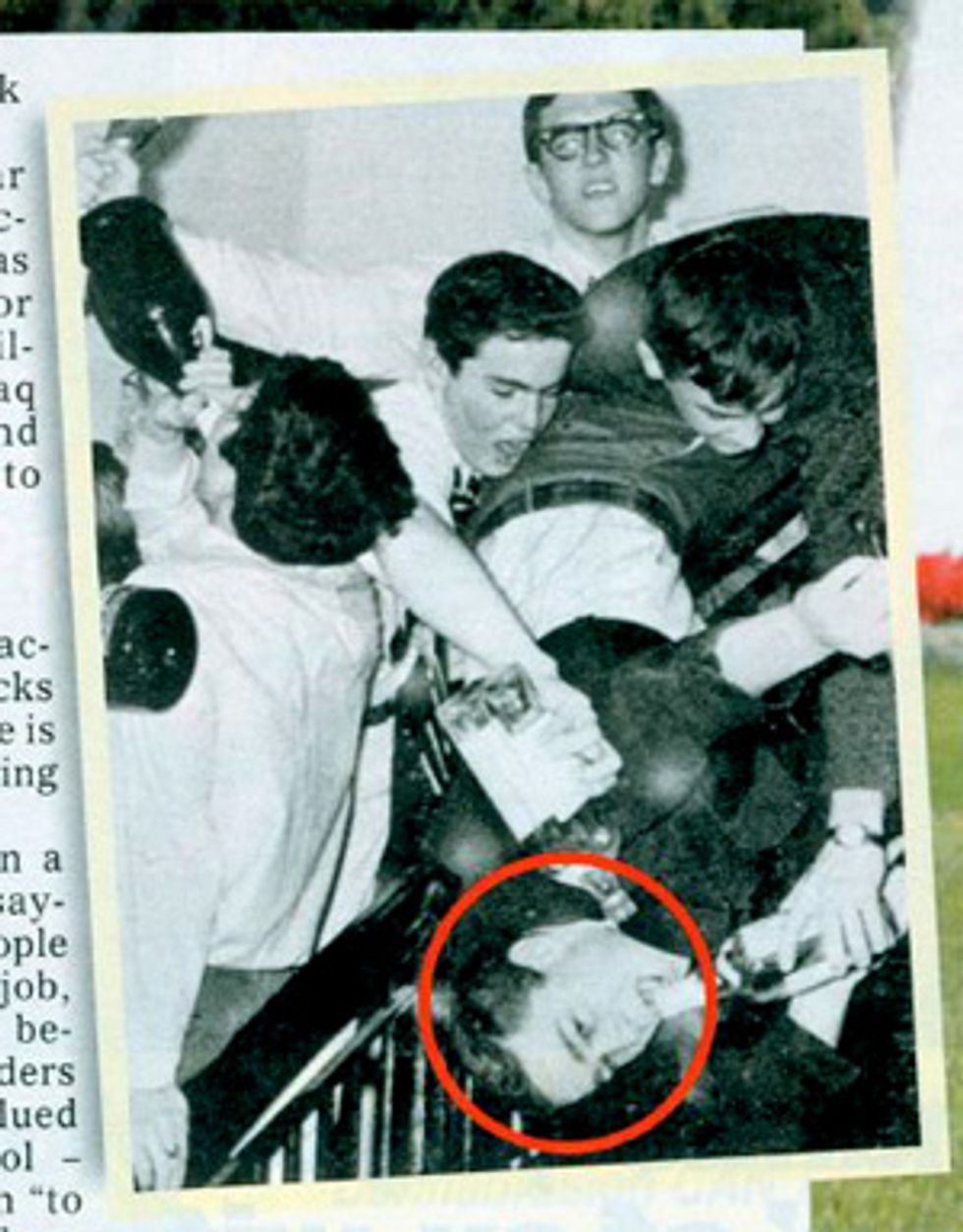 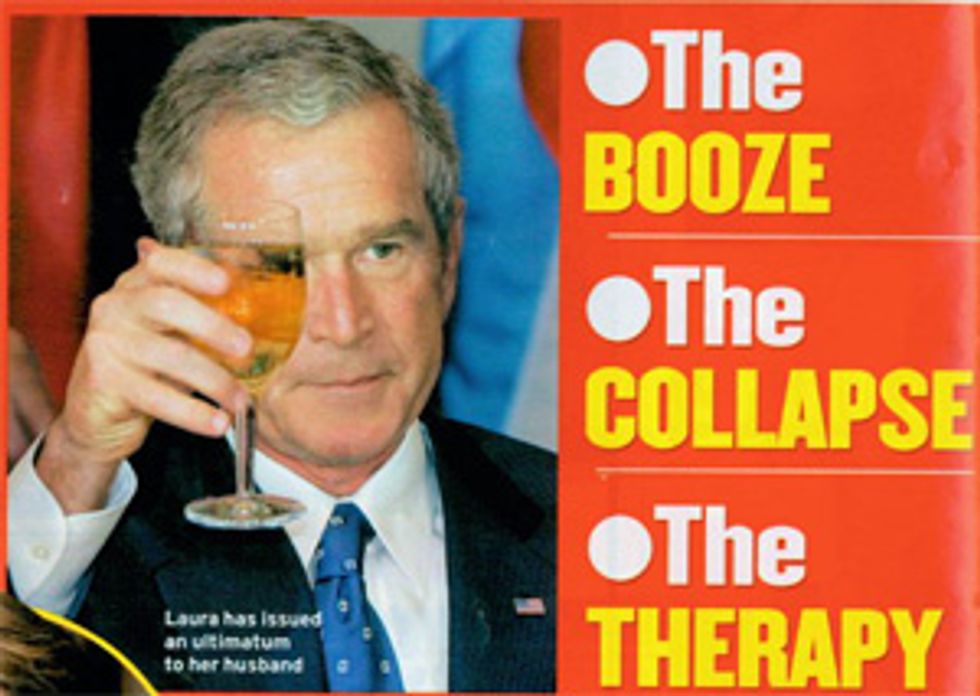 Every weekend, I love to indulge in one of my favorite pastimes: buying trash tabloids and snuggling up on the couch to devour them. I can't tell you  how upset I was a few years ago when Bonnie Fuller took my ex favorite weekly rag, the Star and glamorized and glossified it. I was devastated. I always had preferred the Star to the Enquirer. And so I had to downgrade to the Enquirer every week. Personally, I don't like the Star that much any more. I preferred it when it was more rag-like.

But yesterday, I fell in love with a new rag: The Globe. I snapped it right up when I saw the fabulous "cover story" on "Bush's Secret Breakdown After Booze Binge." This was the best cover story news I'd seen in a tabloid for years. I think it's a collectors item actually. The Enquirer has been reporting Boozing Bush recently (how he got caught downing a shot on his Texas Ranch), but in this issue of the Globe, it goes on to detail what I've been hearing buzzing around for the past month... that Bush is "drinking heavily again" and " He's under so much stress that he just cracked." The fabulous article goes on to tell how there's buzz that W has been given an ultimatum from Laura and is in therapy trying to get it all under control. But the BEST is that the "well connected" Cindy Adams has even revealed that President is even turned to watching reruns of the hit show, The West Wing!!!!! Could you die??? This one is a keeper kids. It even has a sick photo of the president partying with his friends who had him hanging upside down in a stairwell when he was in college with a booze bottle in his mouth. Check out these photos from the Globe! Woe is us, huh.