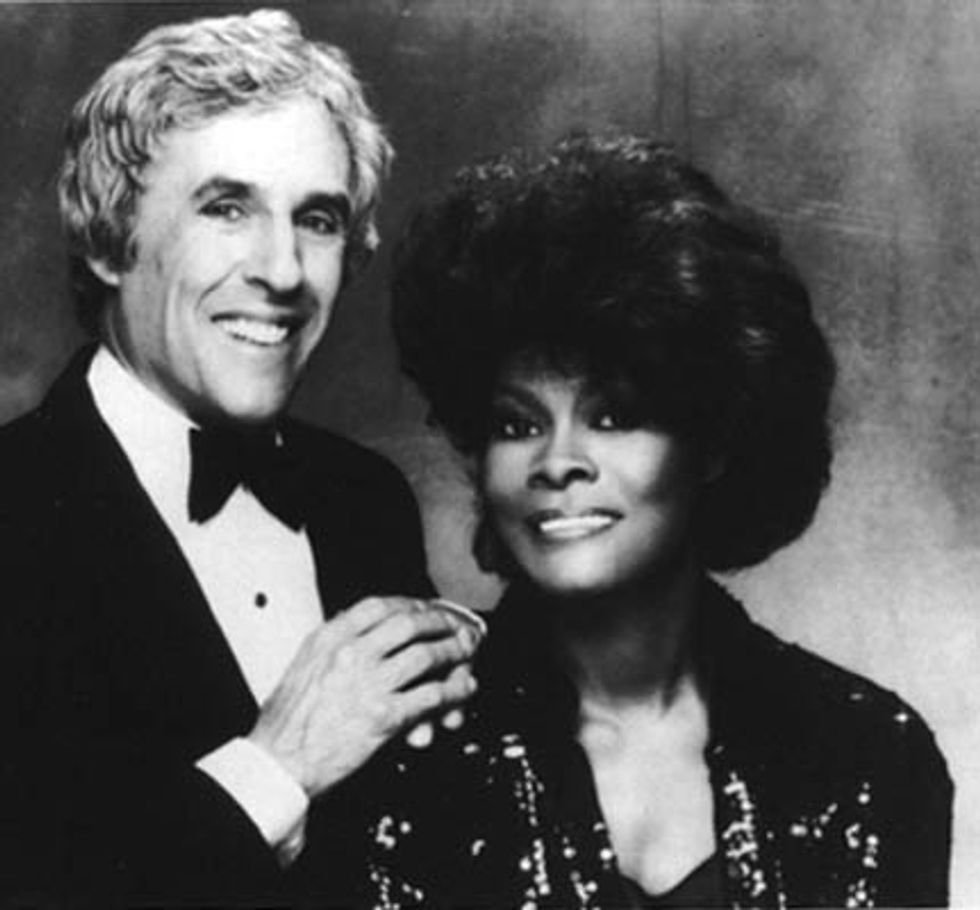 Wow, Burt Bacharach is blogging! Maybe I'll keep checking the Huffington Post after all! (That business about 'Taints B. Adamsapple' was just as distasteful as the beastess they keep giving all that free publicity to). But Burt is a class act. Always has been, always will be. I'm excited by what he's written so far (heavily excerpted below) and so very happy he is not going to sacrifice the orchestrations either! Bravo Burt!!!!!

FROM BURT'S BLOG:
I've been writing love songs all my life, never rocking the boat. There were years that I paid no attention to the political process, times I never voted. The closest I came to writing music with any social and political connotation was "What the World Needs Now is Love." When that song was written 40 years ago, it was an important song.

And, now, it is a thousand times more so.

But starting with the 2000 election, things for me began to change. I watched as Bush basically stole the election, and other terrible situations occurred; and by the time 9/11 hit, I didn't feel like writing love songs.

I started working on an album with music different from any that I had ever written before..... I started writing lyrics with Tonio K. Writing lyrics and an edgier kind of music were new experiences to me. I had to make sure it still it sounded like me and was still melodic. I wasn't going to sacrifice the orchestration either.


......Things kept getting worse in the world and our country, and I was writing my music. The news just kept getting worse, and, therefore, I started turning some of the material in my new album much more political.
My work on "At This Time" climaxed into a piece called "Who Are These People?" that had a guest vocal by Elvis Costello. On "Who Are These People," it was very important for me to make a statement about what I was feeling at the time.
"Who are these people that keep telling us lies
and how did these people get control of our lives
and who'll stop the violence 'cause it's out of control?
make 'em stop."
And then when Elvis came in on the middle verse he sang,
"This stupid mess we're in just keeps getting worse,
so many people dying needlessly
looks like these liars may inherit the earth
even pretending to pray and getting away with it."
Elvis sang my last two lines with the very strong intensity I felt:
"Things really have to change,
Or we're all fucked!"

Nobody has ever sung fucked like Elvis Costello. The record company didn't want to be offensive, though, in case it ever ended up in Wal-Mart or Starbucks. It wouldn't. It wasn't that kind of album. I knew that it wasn't going to be the biggest album I ever had but my goal was to make a political statement that showed how pissed off I was.
I'm very glad I did this album and that it won a Grammy this year. It was the most important Grammy I received because my peers gave me validation for what I was saying and for standing up. I will continue to do it and to write love songs. The difference with this album is that I was still writing love songs, not about two people, but about the heartbreak of thousands and thousands of people and what has been done to them. So, does love heal? I do believe it helps.
Thanks for hearing me out. Standing up politically, questioning a war and asking whether we are getting the truth from the government are new learning experiences for me. As I write and tour and observe, I want to learn more about our world today and tomorrow. I want to use this blog to share some of what I'm learning.
BB

WHAT THE WORLD NEEDS NOW IS MORE BB!!!

photo of Burt and Dionne Warwick from back in the day...