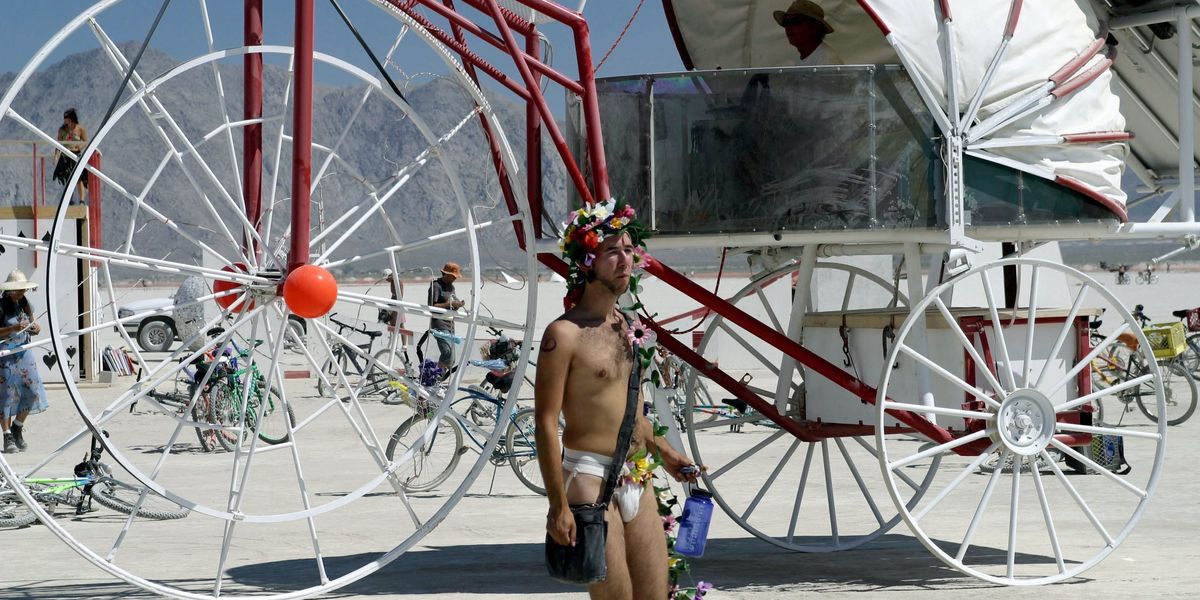 In this time of corona, it feels like each passing day comes with its own list of events being postponed or outright canceled. SXSW? Gone. Coachella? Remember to pack a sweater because now it's in October. The Olympics? Better luck next year. Nearly every major annual function has been affected in some capacity by the ongoing coronavirus epidemic from the Met Gala to Berghain no one seems to have escaped untouched... that is, all except for Burning Man.

Related | The Music Industry Is Shutting Down

The annual arts festival that takes place out in the northwestern Nevada desert is surprisingly still scheduled to take place August 30 through September 7 this year as usual. With so much uncertainty currently circulating, Burning Man's organizers are maintaining that the event will still take place as planned while they cautiously keep an eye on the ongoing epidemic.

"In the current climate of uncertainty it is simply too soon to tell," organizers said in a statement. "There are some indications that the virus may peak in the next couple of months and then begin to subside, while others believe the pandemic could have a much longer timeline. So much is beyond our powers to predict or control."

Burning Man Project on Instagram: “Like you, we've been watching with alarm and growing dread as the coronavirus has spread around the globe. The power and impact of a…”

Opting to see how things play out in the next couple of month before making a final decision on whether or not the festival will go on as planned, Burning Man organizers stressed that they were approaching this "thoughtfully" with attendee's safety as their top priority. They went on to say, "we are taking this situation very seriously and taking proactive steps to ensure our staff and community are as safe as possible. We will continue to consider the facts and make thoughtful, informed decisions about next steps."

Truth be told, the notion that Burning Man might somehow escape the clutches of Miss Rona makes an overwhelming amount of sense. Aesthetically, the festival is maybe two degrees of separation at best away from being Mad Max, the festival itself is already structured like its own utopian community with guiding principles like decommodification, radical self-reliance and civic responsibility already baked into its core DNA. Physically isolated in from the world out in the middle of the desert in the most extreme for of social distancing imaginable, if society should need a place to start over its seems like Burning Man might be the best candidate.