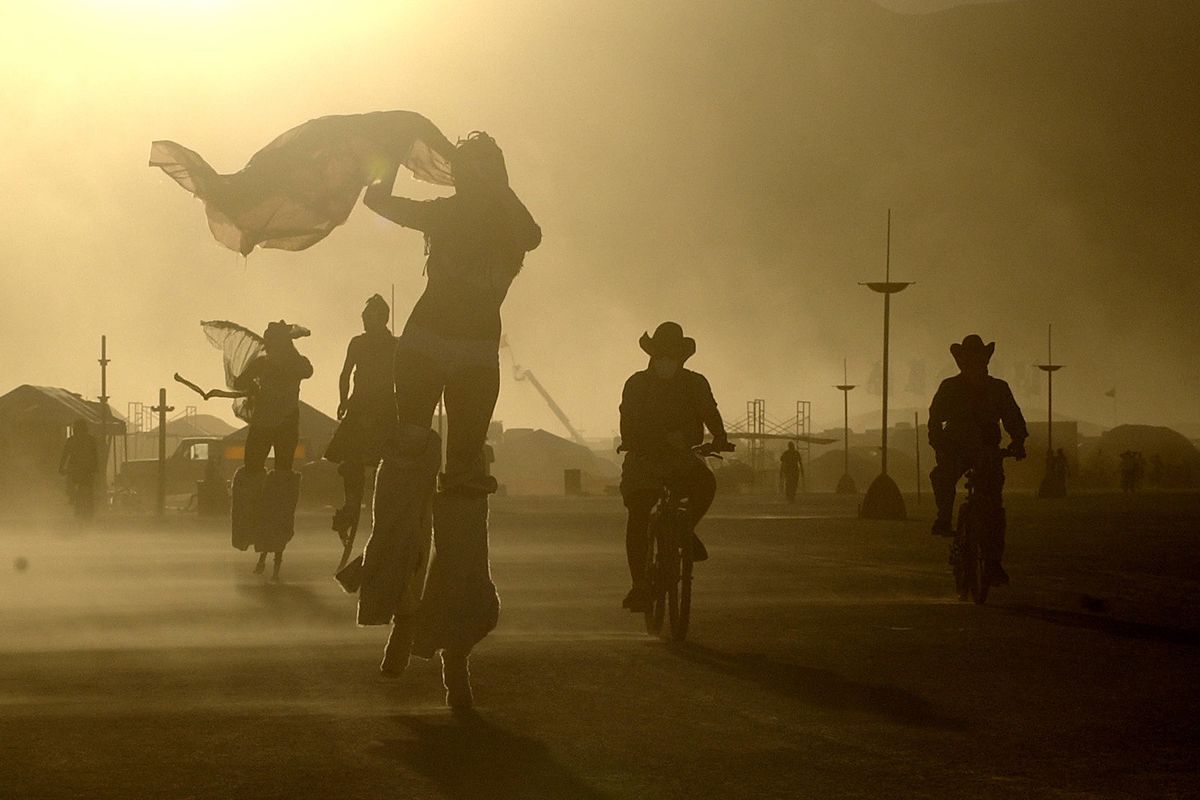 Larry Harvey, the man who co-founded Burning Man, died over the weekend. He had suffered a stroke on April 4 and passed away on Saturday at a hospital in San Francisco. He was 70 years old and is survived by his son, Tristan, and his brother, Stewart.

Burning Man, which had 70,000 participants last year, began in 1986 after Harvey served in the army and worked a number of odd jobs as a bike messenger, cook, and a taxi driver.

Burning Man is a week-long anti-establishment festival located in Black Rock Desert, which is north of Reno, Nevada. It famously eschews money for "gift culture." The only items for sale are coffee and ice, The New York Times reports, and no one is allowed to show corporate logos anywhere, even on t-shirts. At the end of the festival, a five-story tall wood statue of a man is burned.

This year's festival is scheduled for August 26 to September 3rd. The theme, which Harvey selected before he died, is "I, Robot."

The festival's website has posted a tribute to Harvey, saying he was, "a visionary, a mentor, a philosopher, and a passionate advocate for Burning Man's culture and principles. We have lost our founder. The world has lost a great human being."