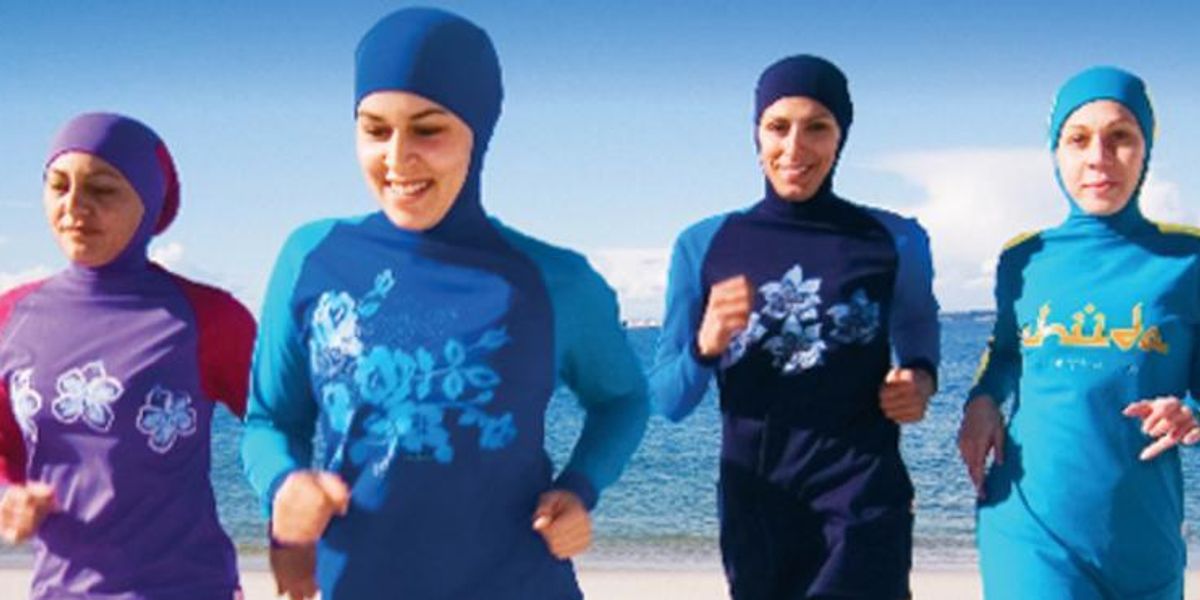 Burkini Sales Have Increased Dramatically In The Wake Of French Ban

A crowdfund to help pay off the fines incurred by the ban has also sprung up.

Following efforts to ban the burkini, as well as a string of fines and police harassment for women caught wearing them on some French beaches, sales of the full-body bathing suits worn by some Muslim women have skyrocketed.


Earlier this month, French officials imposed a burkini ban across several resort towns including Nice and Cannes, which they are enforcing by requiring women to remove their burkini, and then fining them for violating the ban. Images of these crackdowns have been circulating on social media, and in response a French official, Christian Estrosi, has declared that anyone sharing images on social of police actions against burkini-wearing women will be sued for defamation and creating a threat to officers.

The ban, and it's enforcement, is a move that burkini inventor Aheda Zanetti says is a misunderstanding of the swimsuit's purpose.

"The burkini swimsuit is freedom and happiness and lifestyle changes — you can't take that away from a Muslim, or any other woman, that chooses to wear it," she told the NYTimes. "I wanted to introduce a full range of clothing to suit a Muslim woman — or any woman — that wanted a bit of modesty and wanted to participate in any sporting activities...It was also my aim for them not to be judged for who they are, or where they're from, and who people think they're representing."

However, there is a glimmer of good news, as the fines are apparently now being paid off by an Algerian businessman and human rights activist named Rachid Nekkaz, who said "French police have a problem with Muslim women and the Muslim community. I think their wish is to completely ban Islam". Additionally, there's a new crowdfund created by activists from Black Blossoms and the NUS Women's Campaign, which argues that "it should be made clear that women's clothing bear no correlation with terrorism and any attempt to argue otherwise and politicize Muslim women's clothing is blatant prejudice, sexism and, in this case, Islamophobia."

After all, there's no better way to flex on the haters than with a stack of cash and a successful business, right?