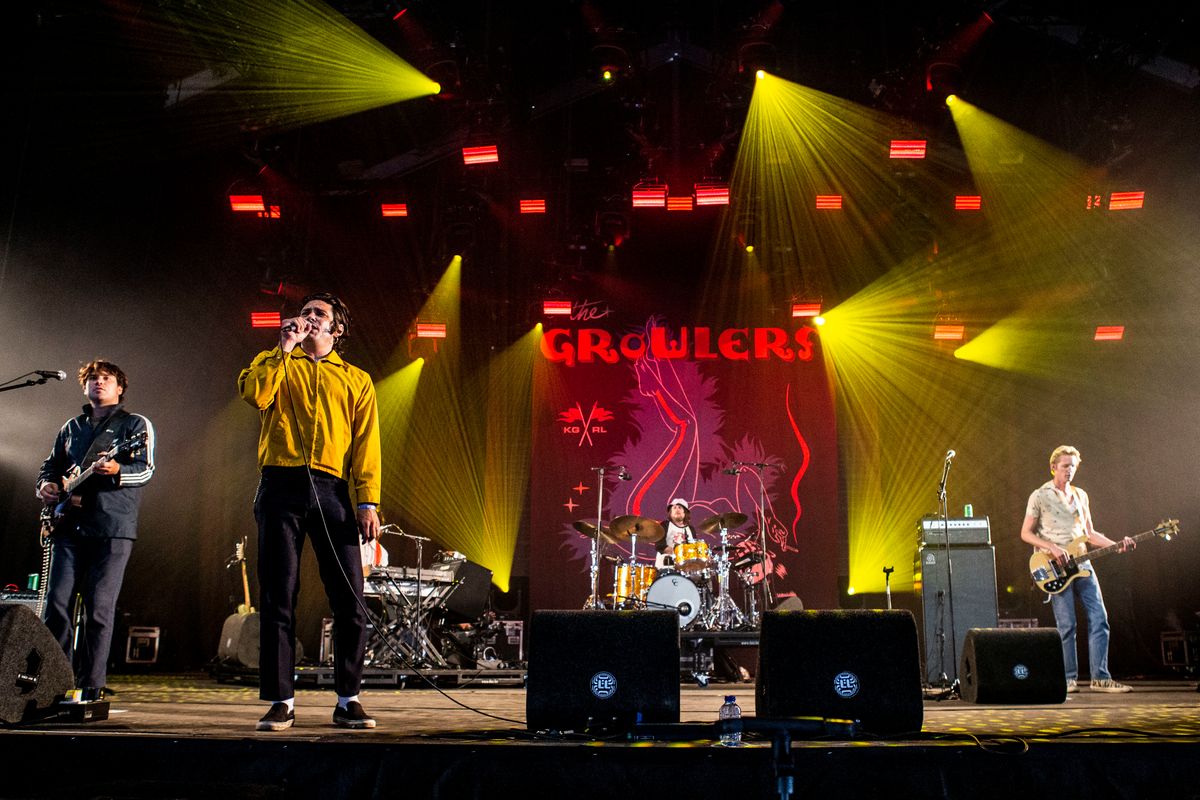 Independent/ DIY music scenes have a longstanding reputation as male-dominated realms, with countless ways of promoting misogyny and objectification of their very own artists, listeners and fans.

Indie label Burger Records is no exception. Over the past few days, numerous women have come forward to share their experiences with Sean Bohrman and Lee Rickard, founders of Burger Records and its affiliated artists, accusing them of predatory sexual practices targeting minors and encouraging underage fetishization. Accusations directed at artists and label staff include rape, abuse, sexual assault, harassment, grooming, and soliciting nude photographs from underage girls.

In a statement on Monday, Burger Records announced that it would attempt to undergo "major structural changes," as reported by Pitchfork, addressing their "culture of toxic masculinity." The label aimed to accomplish this by launching an entirely female-run imprint called 'BRGRRRL,' declaring Jessa Zapor-Gray as their new interim label president, and renaming their label, BRGR (which is essentially only removing the vowels of their name and makes no effort to address victims).

However, as of July 22, none of this will actually transpire. Speaking to Pitchfork, Bohrman announced that the Fullerton, California-based label will shut down completely, telling the publication, "We decided to fold the label."

Zapor-Gray also wrote in a statement that while she may have initially believed that her previously announced position would give her "the opportunity to have a role in effecting real and lasting positive change within Burger and indie music scenes," she ultimately contemplated it further, realizing that she would "step away from the label entirely" to focus on other projects.

Additionally, the annual Burger Boogaloo festival in Oakland will be renamed, as its promoters, Total Trash Productions, have severed ties with the label, according to a statement on their website.

The garage rock label was founded in 2007 and has since garnered attention from thousands of listeners, notably due to its cassette pressings and releases. Its record store was founded two years later.

Burger Records' Instagram, Twitter and Facebook accounts have all been deactivated, and Bohrman also shared with Pitchfork that all of the label's releases will eventually be removed from streaming platforms (although the artists in question ultimately own their music and can reissue their records if they so choose). Burger's distributor Redeye confirmed with the publication that they received a removal request from the label.

This is truly the end of Burger Records as we know it, a label long regarded amongst artists and fans to be inherently sexist, but how did we get here?

The demise of the label began to unfold over this past weekend when an Instagram account by the name of (@lured_by_burger_records) emerged with the mission to "amplify voices and support those who were victims of sexual predation by predators involved with Burger Records," according to its bio.

In the account's highlights, information regarding accusations surrounding popular artists such as The Growlers, the Black Lips and Cosmonauts are displayed. Most of the accusations are from anonymous sources, but follow a similar pattern; many stories detail young girls being preyed upon by older male artists at shows and parties, pressuring them into non-consensual activities.

The Growlers have publicly responded to these accusations in an Instagram post, one in which frontman Brooks Nielsen denied all claims, including one that he "touched a female journalist's breast" in an interview. He also defended accused lead guitarist Matt Taylor and concluded the message by writing to "female fans," that the band is "committed to conducting themselves in a way that their mothers, wives, sisters and daughters would be proud of."

Girlpool singer and guitarist Harmony Tividad was understandably displeased with the statement, writing in a comment on the post, "To neglect any responsibility and say that they would not participate in any misogynist behavior because they love their moms is just a sorely embarrassing statement." Her comment highlights the insincere "apologies" of countless accused predators and rapists in the indie music world, completely discounting the experiences of women who have come forward with seemingly half-hearted and tone-deaf responses.

Other artists exposed on the account include The Buttertones, Love Cop, Part Time, Gap Dream and Audacity.

Clementine Creevy, guitarist and lead vocalist of Cherry Glazerr, shared a statement to Instagram last week regarding her experience with Sean Redman, bassist of The Buttertones. "[He] was 20 and I was 14 when he began a sexual relationship with me which is statutory rape," Creevy wrote. "Sean treated me badly. He was emotionally volatile and selfish."

Before its deletion, the official Burger Records Instagram account posted a statement on Saturday, explaining its "long-standing zero-tolerance policy" for behavior from "Burger artists engaging in the grooming of underage girls for sex, relationships built on power imbalance, and the solicitation of pornography from minors." Comments on the post were turned off before before re-activating on Sunday night, where more users began to detail stories and experiences of sexual assault with those affiliated with the label.

In this post-#MeToo era, sexual assault survivors continue to speak out in the indie music world to publicize allegations of sexual crimes committed by popular artists. Karen Elson, Mandy Moore and Phoebe Bridgers may come to mind in their courageous pursuits against Ryan Adams, but there are many more stories in underground music that have yet to be heard or shared. It is crucial to remember how intertwined independent music is with patriarchal leadership and control before deeming sexual assault claims as baseless or untrue.