In one of his first moves as chief creative officer of Burberry, Riccardo Tisci sought to bring the storied British fashion house into the 21st century by revamping the brand from the ground up. Enlisting the aid of graphic designer Peter Saville, Tisci looked to bridge the gap between Burberry's rich heritage and a sleek, new, future-facing direction with the launch of a new logo and monogram pattern that interweaves the two visions.

Burberry is merely days away from the launch of their new Monogram Collection, the first collection designed by Tisci for the house, and has now unveiled superstar model Gigi Hadid as the sole face of their new campaign. Shot by Nick Knight, it is Hadid's first campaign for the brand following her appearance in their Fall 2019 runway show and it sees her inhabiting all four characters that comprise the Burberry family: the girl, the boy, the lady, and the gentleman. The collection features a range of versatile looks that span from the casual to the formal, day to evening, the youthful and the refined, all wallpapered with the brand's new letters.

Burberry on Instagram: “@GigiHadid unveils the new Monogram collection, launching 22 May . A modern approach to the classics . “When I first started at Burberry, I…”

"I have always loved and respected Riccardo's work, and I feel so honored and grateful that he trusted me with this project," Hadid said about working with Tisci in a release. "The timing just felt perfect. It gave us our first opportunity to really get to know each other. The second I heard the creatives for this shoot, I understood how I wanted to bring that to life and show different sides of myself through each character."

The Monogram Collection goes on sale May 22 and will be available to shop online and in select Burberry locations worldwide. 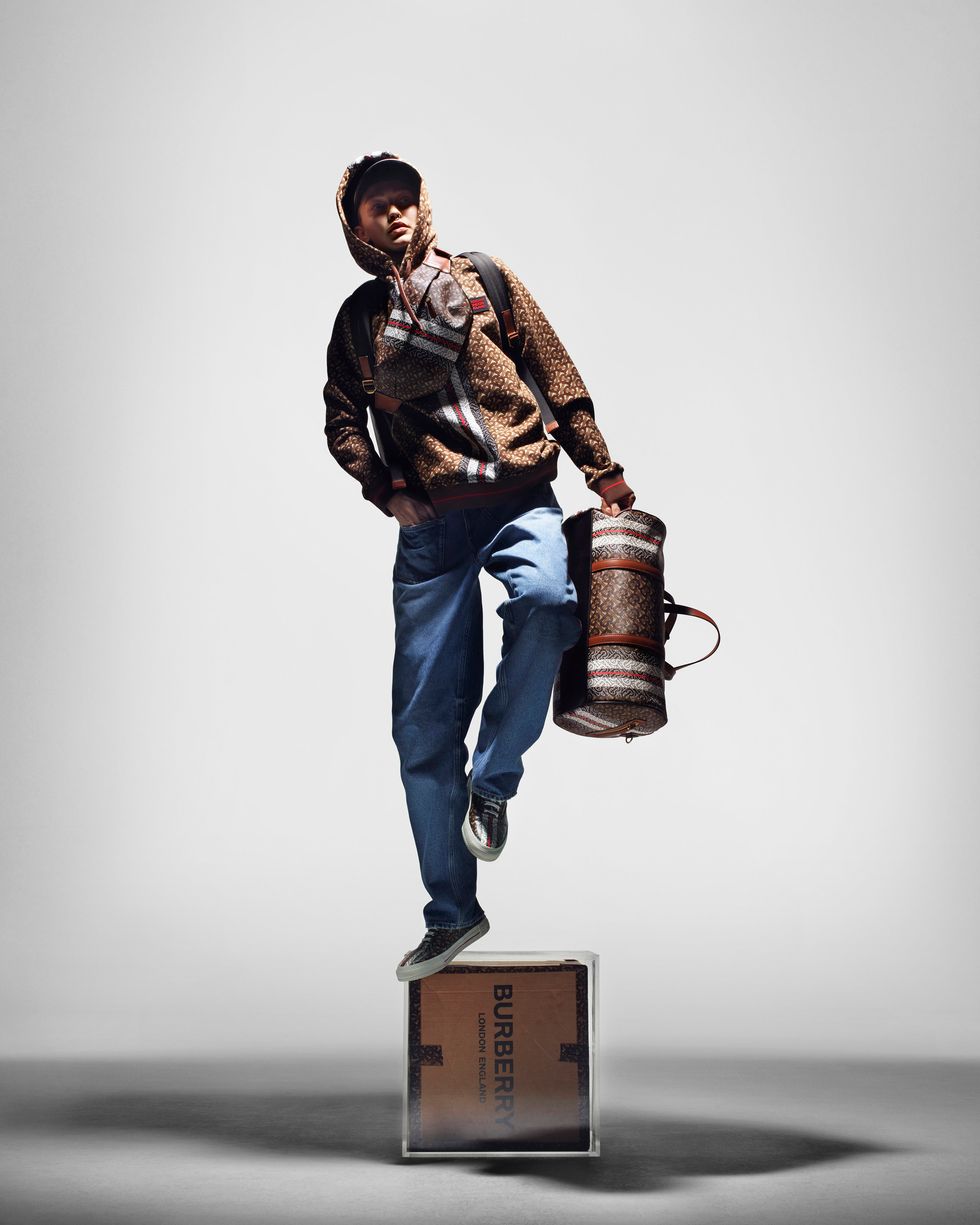