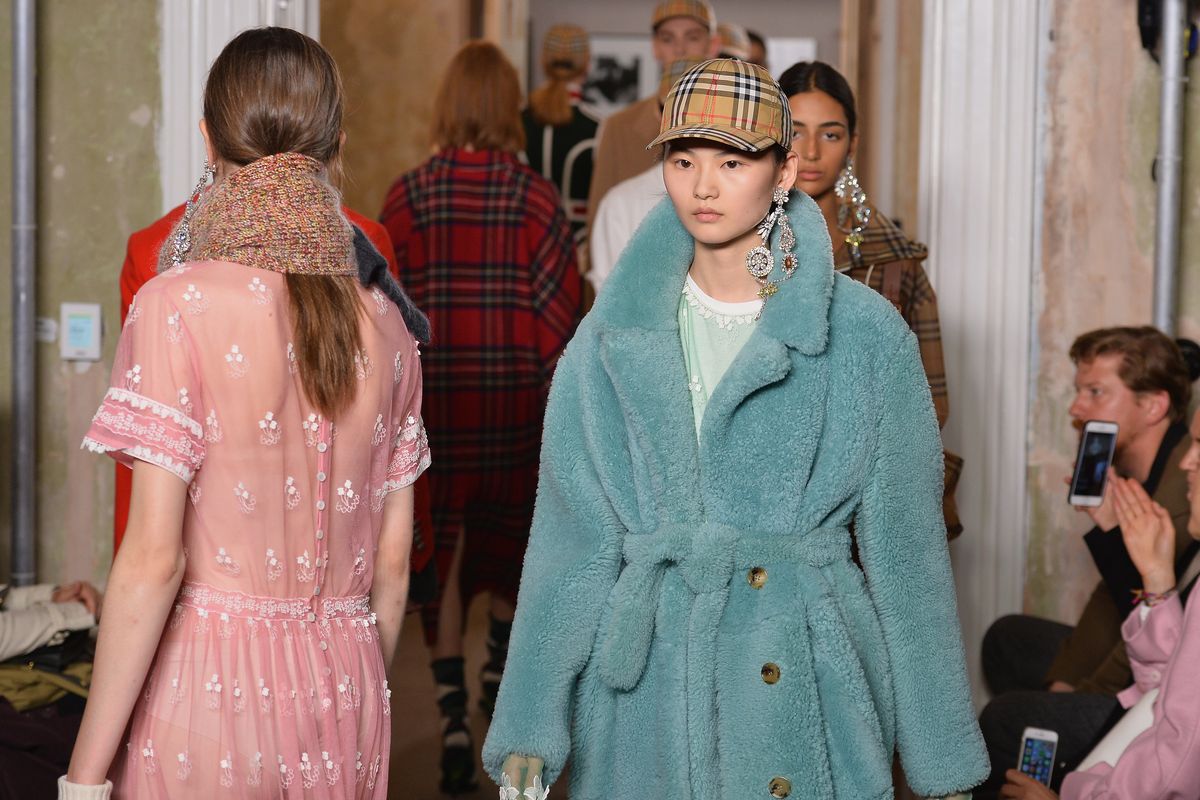 Burberry Brings Back the Classics in Fall 2017 Show

During his tenure at Burberry, Christopher Bailey has not been one to riff off the fashion house's signature prints and motifs all that often, despite infusing their British heritage within every one of his innovative collections thus far. So seeing the iconic vintage checks and shades of tan appear on the runway at Old Sessions House during Burberry's Fall 2017 show today was an inspired and refreshing, although hinted, move — but not necessarily in an older direction.

Bailey brought back all of Burberry's classic motifs and effortlessly updated them to create pieces that are both work-ready and street-aspiring. The vintage check was plastered onto baseball caps and Harrington bomber jackets, while bold tartan prints were back on the scarves and bags where they belonged, but elongated to perfection. Even sweater vests, the ones you'd pick up from Costco when assembling a nerd costume, returned with sleek patterns and bold color schemes.

But never one to rely solely on traditional concepts, Bailey infused a colorful, at times 80s, flair throughout the collection, making the more classic preppy pieces shine like never before. Plastic raincoats and belted furs were given pastel paint jobs, while MJ-inspired armored jackets made an unexpected comeback. Silk slips and autumn wool sweaters were paired with sheer hoodies, and pattern-blocking was practically an order given the brand's print experiments.

In seasons past, at least since the beginning of Burberry's see-now-buy-now era, Bailey took cues from outside cultural British keystones, like Virginia Woolf's seminal novel Orlando, and transformed them into modern-day tributes. This time around, Bailey had a bigger eye on the streets, celebrating England's most essential clothing items (rain gear and long trenches, anyone?) and the streetwear trends of today, fusing them into one eccentric yet perfectly polished collection that makes the historical British fashion house possibly more accessible than ever.

See looks from today's shows below.