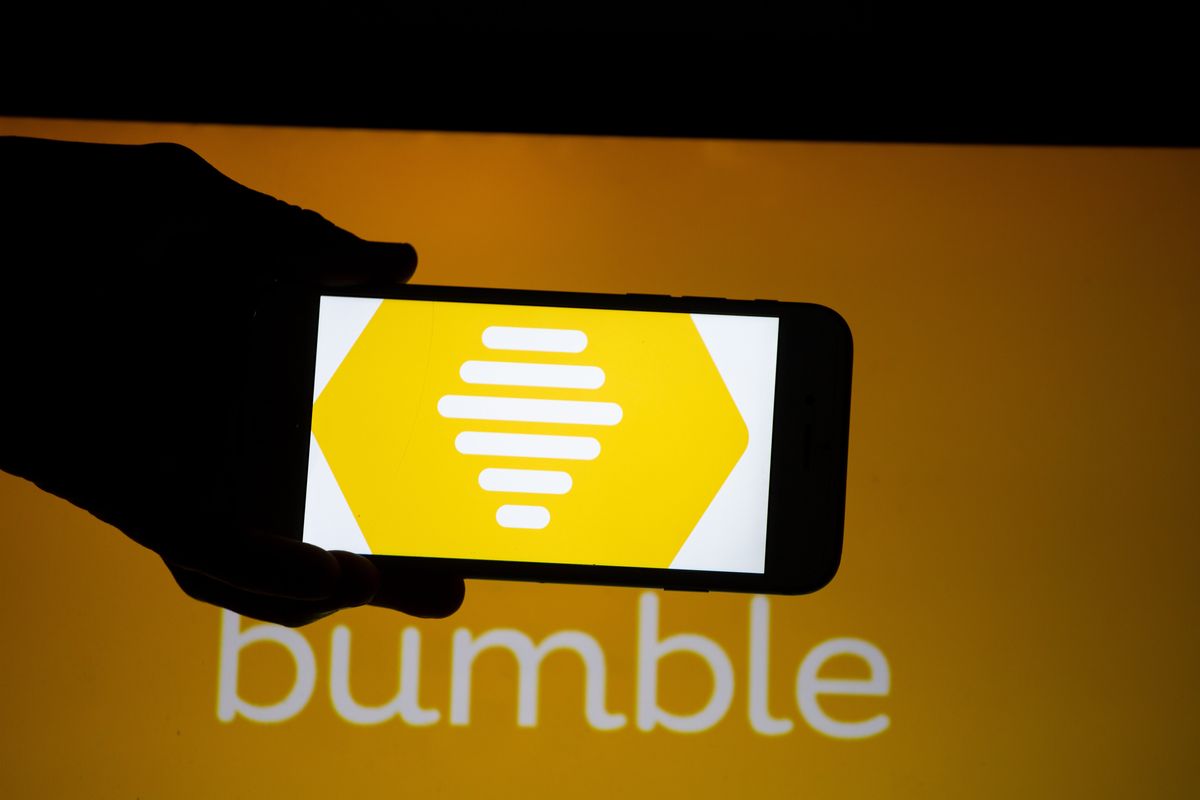 Bumble is buzzing and getting busy. After the app expanded to doing Bumble BFF for finding friends, Bumble Bizz for hiring and networking—with Kris Jenner revealing she used the app to hire a personal assistant—and Bumble Fund for funding women-led businesses, the company is now going into the space of cosmetics and beauty as it sets to release a skincare line. And not just any kind of skincare, but one that also claims it can help solve "emotional issues."

In a recent interview with Marie Claire, CEO Wolfe Herd said that for several months the company has been consulting both psychotherapists and dermatologists for the project. The magazine reports, "In mid- to late-2019, Bumble will launch two serums with quirky names, like Break Up With Bad, the line's facial oil for 'breakups and breakouts.'" Herd revealed during the interview that she has a lot of anxiety, which is most likely why she thought to add a psychotherapeutic aspect to the skincare line.

Aside from this foray into the beauty world, Herd—whose company was founded with the intention of putting women first—is also working on getting legislation passed that will make unsolicited dick pics illegal. Herd is already working with legislators to make it happen. And while this political project is still in its early stages, the CEO told Marie Claire that she wants men to be held responsible for their hostile "eggplant pics.""If you run it, you get arrested. Laws attach consequence," she said.