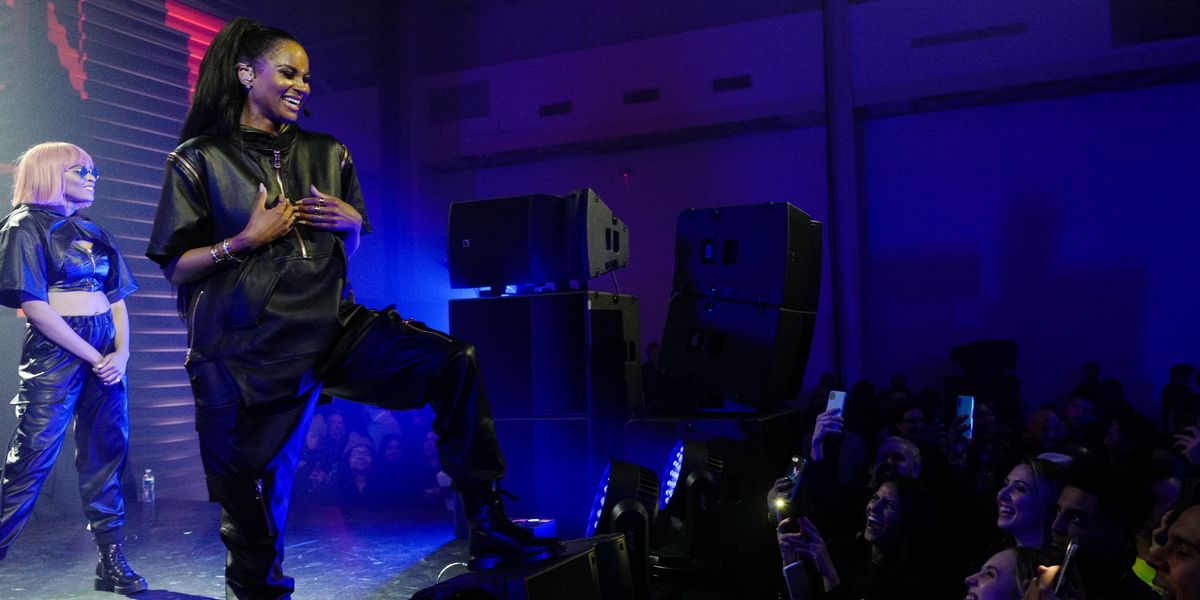 Ciara, Diplo and More Kick Off NYFW with Bulgari Performances

On the eve before the first official day of New York Fashion Week, luxury jewelry house Bulgari pulled out all the stops with an epic party for its new B.zero1 Rock line filled with surprise performances by all your faves.

Related | Inside the Coolest Events and Biggest Parties During NYFW

The highlight of the night was seeing Ciara, who announced last month she's expecting her third child, emerge in a leather moto-jumpsuit while give us some killer choreography and vocals. ("Level Up," "Like a Boy" and "1, 2 Step" were among the biggest crowd-pleasers.)

In addition to other performances by Becky G and Diplo, famous faces like Zendaya, Lily Aldridge and British actress Naomi Scott also took to the stage to announce their new roles as ambassadors for Bulgari's aforementioned B.zero1 Rock collection. (The new jewels consist of gold and rose gold rings and necklaces featuring diamond studs and ceramic detailing.)

The other slew of VIPs who joined the festivities include Alexander Wang, Alton Mason, Tyler Cameron, Jacob Elordi and Indya Moore, who just finished shooting the sequel to the horror flick Escape Room. "I'm looking forward to exploring a little this fashion week and playing dress up," says Moore, who wore a black sheer pleated dress with a plunging neckline to the event.

"The necklaces are so great," they say when asked about the new Bulgari collection. "I can connect them to make them longer. I also love the rings. I don't normally wear rings but [these] are really beautiful."

See below for more photos from last night's red carpet.