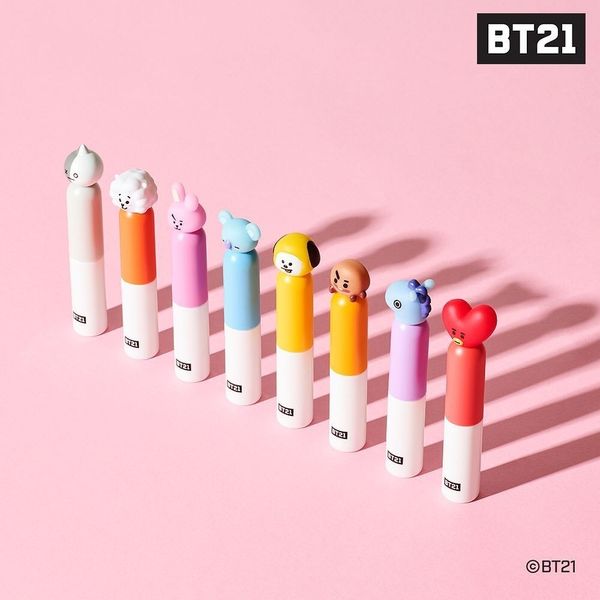 Internationally one of the biggest names in music at the moment k-pop boy band, BTS, continues to cement themselves as a global phenomenon in week that has seen them play to a crowd of 40,000 at Citifield in New York City, grace the cover of Time Magazine, and addressing the Global Assembly of the United Nations (and no, it was not to announce a coup backed by the BTS Army). Once a relatively obscure name that has ballooned into a sheer force of nature, we have all been swept up in BTS fever and we're living for it.

The only thing BTS's avid fanbase is more obsessed with than new music, generating copious amounts of fan art, and wild conspiracy theories is the boys' skincare routine. Honestly, their skin? Flawless. So it was only a matter of time before BTS was asked to collaborate with Korean cosmetics brand VT.

Related | Holland is Making Waves for Queer Visibility in K-Pop

The new line features an array of lipsticks, foundation, and tinted CC cream all adorned with the band's cartoon avatars, BT21 which itself was a collaboration with LINE Friends. Absurd levels of cute and colorful, the line is just as much about looking good as it is about feeling good. The band's second collaboration with VT, their first offering featured a color-correcting compac that not only reduced redness and lines but featured SPF50 protection and a more hygienic foundation delivery method.

The BTS x VT Cosmetics line is set to drop October 12th with the only set being that VT doesn't ship to the US as of yet. But if we've learned anything about the sheer dedication of the K-Pop band's fans its that the BTS Army will surely find a work around.