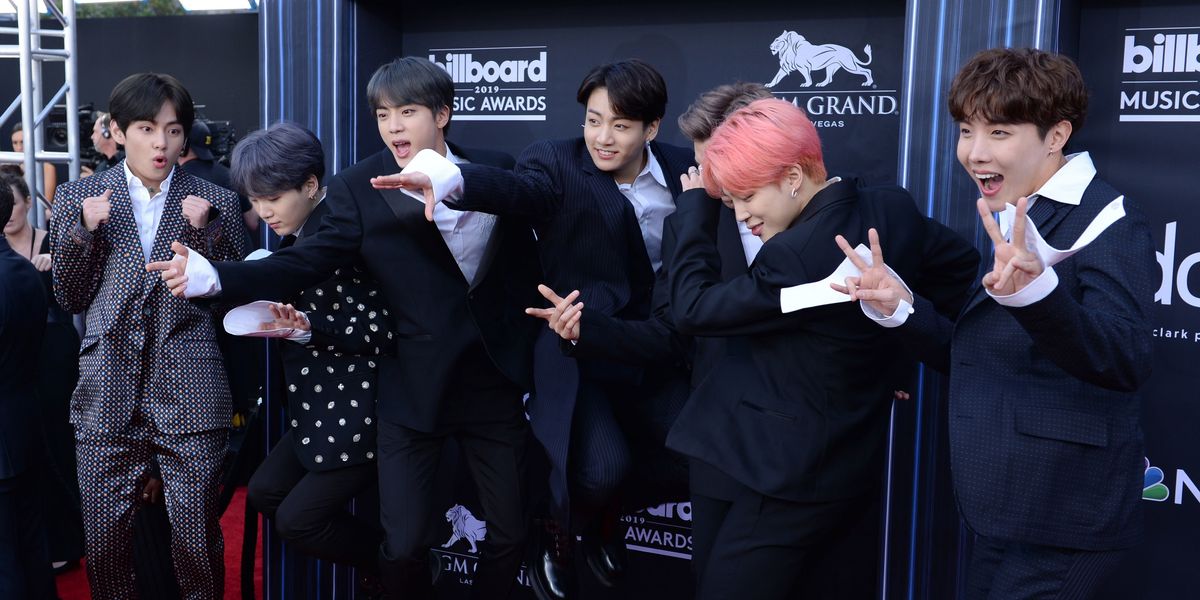 The 2019 BBMAs are officially underway and, unsurprisingly, the most popular people at the function are none other than South Korean hitmakers, BTS.

And for good reason! Always adorable, the BTS boys have been causing quite a stir at the event — from generating news stories about their Halsey-made friendship bracelets to winning awards before the event even started. But one particular celeb was over-the-moon when he met them in the flesh — Terry Crews.

That's right, our favorite teddy bear of a man stans BTS just as hard as you. And the proof is in Crews' Twitter post, which features a couple selfies of himself and BTS mid-ceremony (I wouldn't want to wait either!). Captioning the post, "TERRY LOVES BTS! TERRY LOVES AWARD SHOWS!" it's probably the most wholesome thing you'll see all day. Awws all around.

Needless to say, someone needs to update this video, stat!