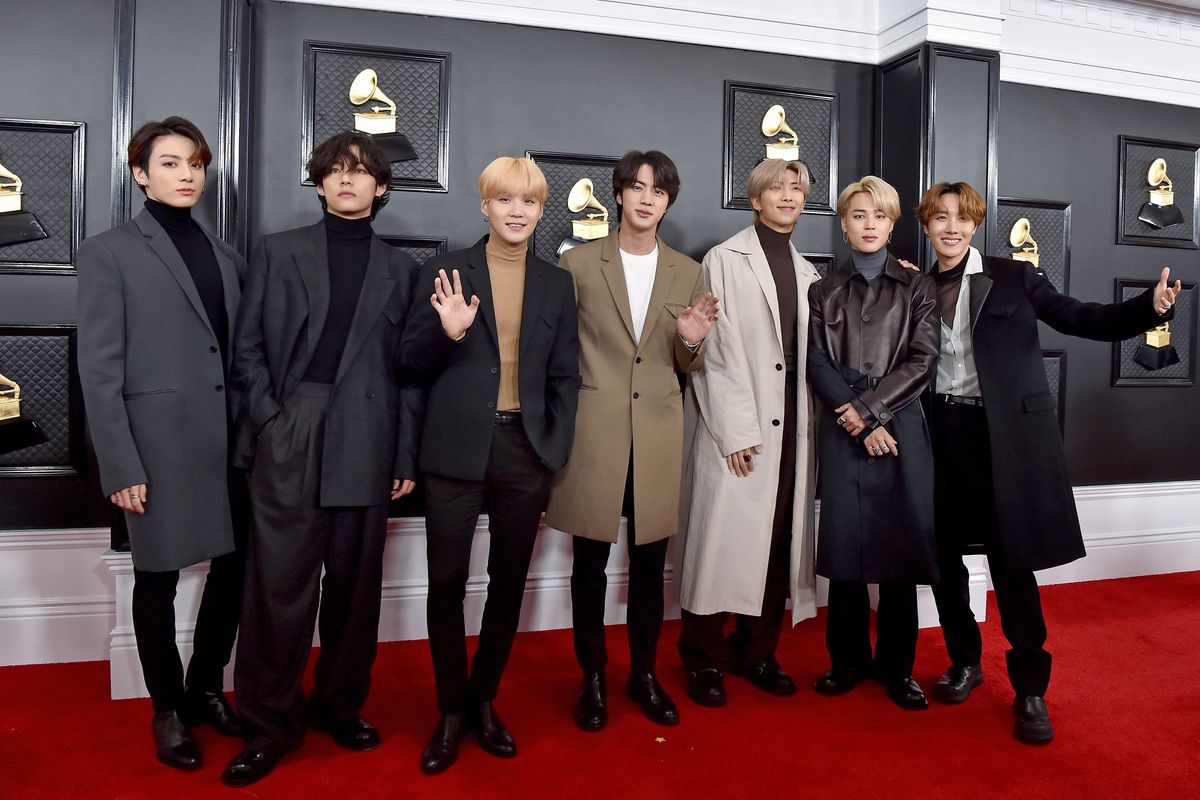 On Sunday, BTS dropped a big surprise for the Army by revealing the official track list for their new album Map of the Soul: 7. And there's definitely a lot to look forward to.

The band's seventh studio album includes five of the seven songs in Map of the Soul: Persona: "Intro: Persona," "Boy With Luv," "Make It Right," "Jamais Vu," and "Dionysus." The boys are also spoiling us all with a total of 15 new songs — including a remix of their title track "ON," featuring Sia.

"It's been seven years since our debut and we have seven members here. Seven is a really special number for us and we've practiced so hard for these tracks and the dance routines," RM previously told James Corden in an interview. Suga added, "One message that penetrates the album as a whole is that you must face your inner shadows, but resist becoming submerged into its depths. You must face it and move on forward."

BTS is going to perform one of their new songs at the Tonight Show with Jimmy Fallon on February 24.