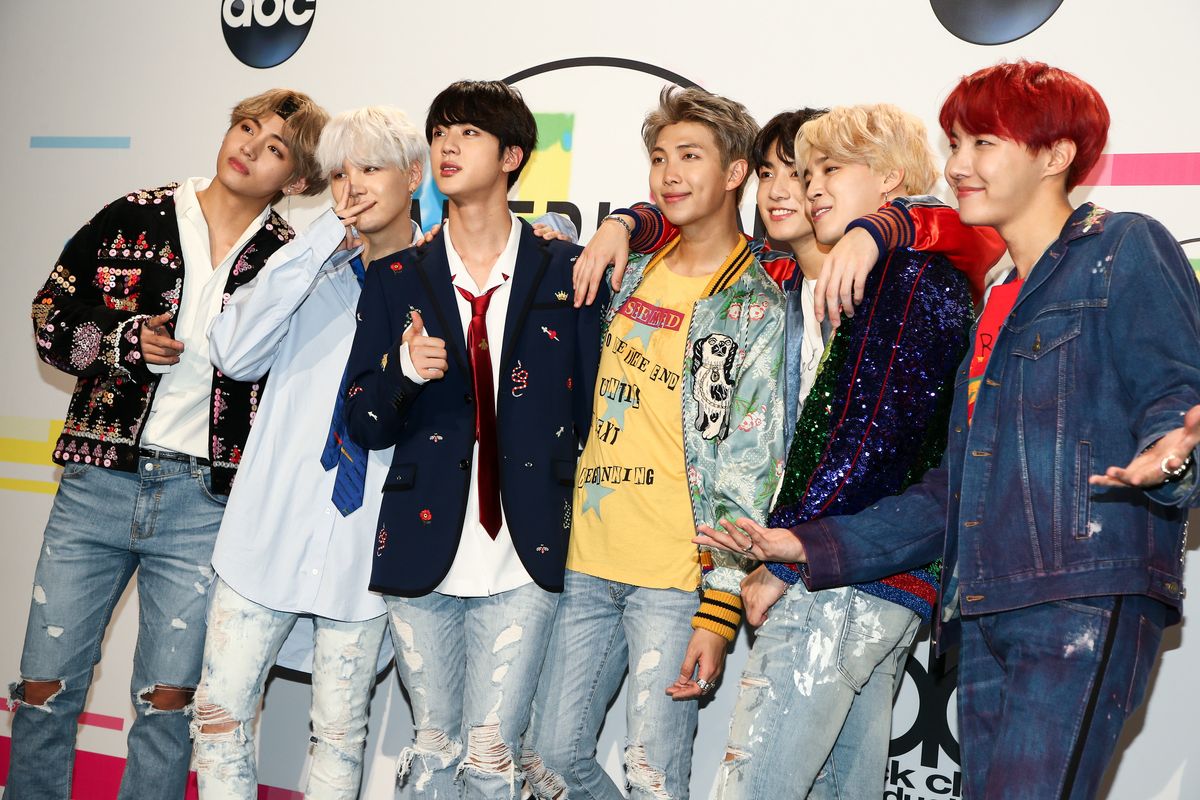 K-pop giants BTS are being criticized for "mocking the past" by a Jewish human rights group, after images of the K-pop band wearing allegedly Nazi-related apparel surfaced.

Some are calling the T-shirt offensive, arguing that it glorifies American use of the atomic bomb against Japan, while others are defending Jimin, claiming that the shirt simply celebrates Korean liberation from Japan's violent colonial rule, which ended with Imperial Japan's defeat World War II.

Recently, the image resulted in the band's appearance on TV Asahi, a Japanese television station, being cancelled.

"After we talked to the band's agency about the member's intention in wearing the T-shirt, we have regrettably decided to call off their performance at this time," read a statement by TV Asahi.

The New York Times reports that the Korean designer behind the T-shirt has apologized, "saying he did not intend for the design to be construed as anti-Japanese." BTS apologized to fans for the cancellation, but did not address the T-shirt.

Following the controversy over the TV cancellation, the Simon Wiesenthal Center, Jewish advocacy non-profit, published a statement claiming that the garment was "just the latest incident of this band mocking the past."

"It goes without saying that this group, which was invited to speak at the UN, owes the people of Japan and the victims of the Nazism an apology" wrote Rabbi Abraham Cooper, Associate Dean and Director of Global Social Action at the Center.

Cooper also referenced two 2015 photoshoots, one for South Korean magazine CéCi in which a member of the band posed wearing hats that appear to be emblazoned with an insignia resembling the death head logo of the Nazi SS, and another in which the band posed in front of the Memorial To The Murdered Jews Of Europe in Berlin. Some Twitter users claim the magazine doctored the images, although this hasn't been confirmed as of press time.

The rabbi also pointed to BTS concert footage which shows the band waving flags he claimed were a reference to the Nazi swastika. Fans have contested this interpretation, arguing the symbols on the flags represent the Korean education system, which the song BTS performed was intended to critique.

This was a collaboration with a Korean male singer Seo Taiji. Looks like a Nazi congress... Here are their costumes… https://t.co/jWbuUZFivw
— TAro (@TAro)1541769754.0

Cooper expressed fear that the group, which has a massive global following, might be imbuing Nazi symbols with cultural capital. "It is clear that those designing and promoting this group's career are too comfortable with denigrating the memory of the past. The result is that on young generations in Korea and around the world are more likely to identify bigotry and intolerance as being 'cool' and help erase the lessons of history."

Lee Taek-gwang, a professor at Kyung Hee University in Seoul, explained to The Guardian that the incidents reflect a tension between the Korean nationalism which emerges from "the collective memory of Japan's colonial rule of the Korean peninsula from 1910-45," and artists like BTS' increasingly global profiles.

"BTS insist they are a global brand, but their identity is rooted in Korean nationalism, as it is with many young South Koreans,' said Lee. "This isn't just the case of a young band doing something stupid... Young Koreans come across as liberal and cosmopolitan, but beneath the surface there are more reactionary factors at work."

These controversies emerge amid heightened tensions between Korea and Japan, and renewed discussion about reparations, which the New York Times reports "flared up last month when a South Korean court ordered a leading Japanese steel maker to compensate Korean men who were slave laborers during World War II."