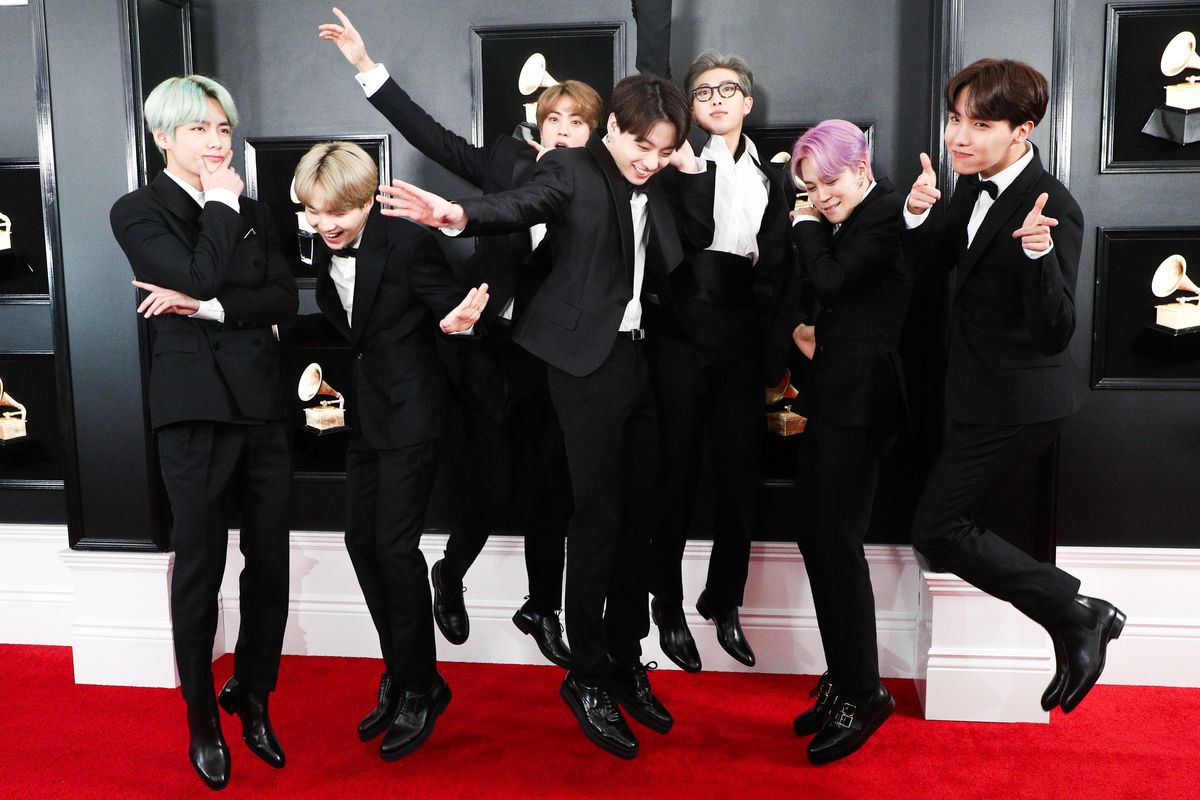 Fashion FanFic: BTS Should Wear These Looks to the Met Gala

Your fave's stans work hard, but the BTS Army works harder. Some fans think they're cracked the code, analyzing the band's touring schedule and social media posts, and deduced that members of the worldwide phenomenon will not only be in attendance at this year's Met Gala, but also performing.

The highly-publicized theme of this year's Met Gala is "camp," and the very thought of what outfits the boy band will serve on the red carpet has fans freaking out. Interpreted to encompass a range of looks indulging in paradoxical irony and playfulness, members of the Army widely agreed that this would be a perfect theme for BTS. What a better introduction to one of the biggest nights in fashion than seeing the boys in imaginative, flamboyant outfits that show off each of their styles?

all im saying is if bts do go to the met gala and the designer they are assigned to doesn’t go with the theme and they wear black and white tux’s then i don’t want it!!! i want theme, color, props!!! everything !! pic.twitter.com/fXN8oMCjEc

While fans will have to wait until May 6 to see if the whole group is actually in attendance, PAPER is already coming up with a moodboard for the boys; crazy print, new age suits, and statement pieces galore, here are some of PAPER's dream "Camp" ideas and looks for BTS at the Met Gala.

Based on fan theories, Gucci seems to be the most likely brand that would end up collaborating on the boys' outfits. Seeing variations of this sparkly fringe-laden coat on the boys would be a flashy stretch after the band's relatively understated custom tuxedo moment at the 2019 GRAMMYs, but fans are hoping for something that wows crowds around the world and fits with the broad theme. What wows a crowd and screams "camp" more than fringe? Nothing!