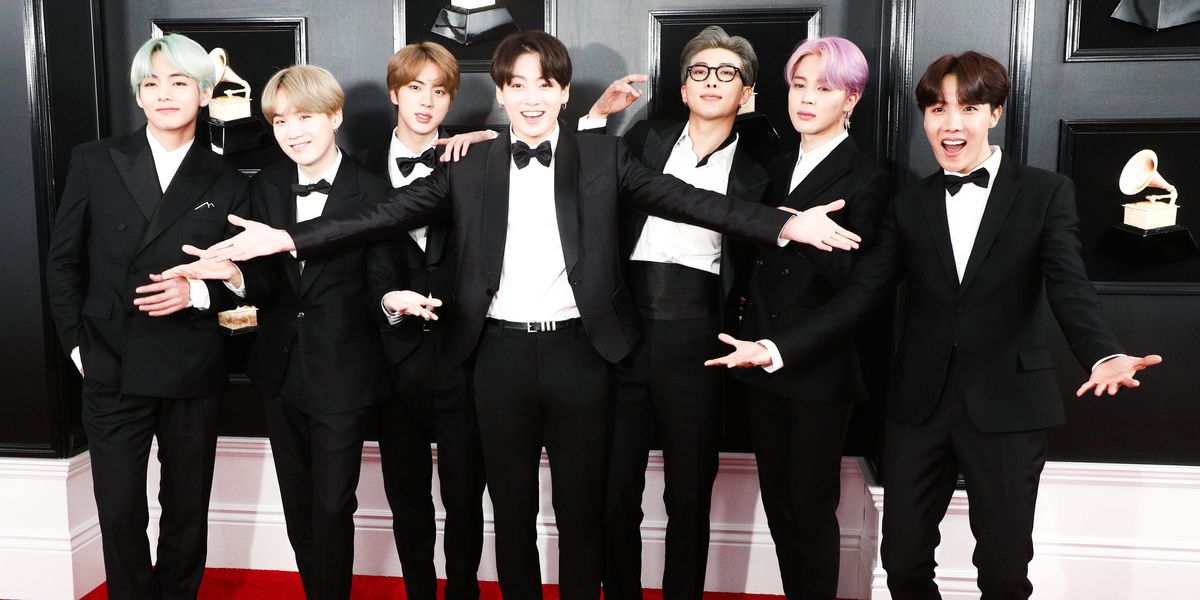 Here's What We Know About BTS' New Album

In 2018, cult K-pop sensations BTS — one of the acts redefining the rules of success for global stars and non-English language music — released two albums, May's Love Yourself: Tear and August's Love Yourself: Answer which became the consecutive first and second K-pop albums to hit #1 on Billboard's Top 200 Albums list. BTS also sold out US and London stadiums in minutes, released a documentary, made their late night TV debut on Fallon, received their first Grammy nomination (Best Recording Package) and presented at ceremony where they made absolutely everyone smile with their exuberant "Jolene" singalong. Now Dolly wants to collab.

BTS' army has had no lack of feats and viral moments to stan. But today, they finally get what they truly want: a title and drop date for the band's new album. Much sooner than anticipated, BTS has announced a new record (their seventh studio album overall), titled Map of the Soul: Persona. The record drops next month, April 12 and is available for pre-order on March 12 (March 13 in Korea).

Here's what we know so far:

Map of the Soul will drop just before the start of their "Love Yourself: Speak Yourself" world tour, which kicks of in LA in May, so fans who bought tickets based on the Love Yourself tunes, will also undoubtedly get to see Map of the Soul tracks performed.

BTS has apparently been J.K. Rowling their fans (verb: installing inconspicuous easter eggs about future events years in advance). Observant cadets realized that BTS-member Jin wore a shirt with the word "Persona" on it during the "DNA" era (timestamped by their 2017 single "DNA").

BTS also seems to have teased the album title in an intro video during their appearance at the 2018 Mnet Asian Music Awards (MAMA) in Hong Kong in December.

If the Army stans hard enough, Map Of The Soul: Persona could become BTS' third #1 album in under a year. Ari and Drake have charted two, but the few artists who've scored three include Elvis, The Beatles and The Kingston Trio. If we know anything about BTS' fans, it's only a matter of when, not if.