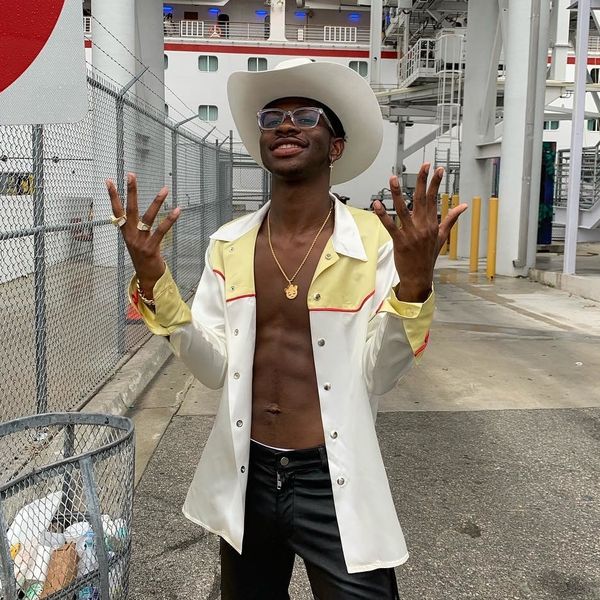 Have you reached "Old Town Road" remix fatigue yet? No? Neither have we.

BTS' RM, the lead rapper of the K-pop powerhouse group, is the latest to take a ride with Lil Nas X, hopping on a remix of the song titled, "Seoul Town Road." The remix has RM singing the first chorus that opens the track, with his glossy vocals hitting all the sweet spots of the song's twangy intro. He also has a leading verse in the new song, which will likely please members of the Army everywhere.

The only downfall of the new remix? It clocks in at under two minutes, making it the shortest remix of the massive hit to date. The first "Old Town Road" remix, featuring Billy Ray Cyrus, has garnered immense media attention and critical acclaim while skyrocketing on the charts — the remix has already broken records, but might end up having the longest-running number one streak on the Billboard Hot 100 ever if it sits still for another week.

For 16 weeks, "Old Town Road" has held its spot on the Hot 100 and hasn't showed any signs of budging for the entirety of its run. Only two songs stand in Lil Nas X's way of breaking the record at this point, and they are the huge summer 2017 smash hit, "Despacito," and Mariah Carey and Boyz II Men's "One Sweet Day." Many online are hopeful that the TikTok yee-haw anthem will outlast the current record holders, and if the BTS Army has anything to do with it — don't worry, Lil Nas X will be cruising at number one for quite some time.