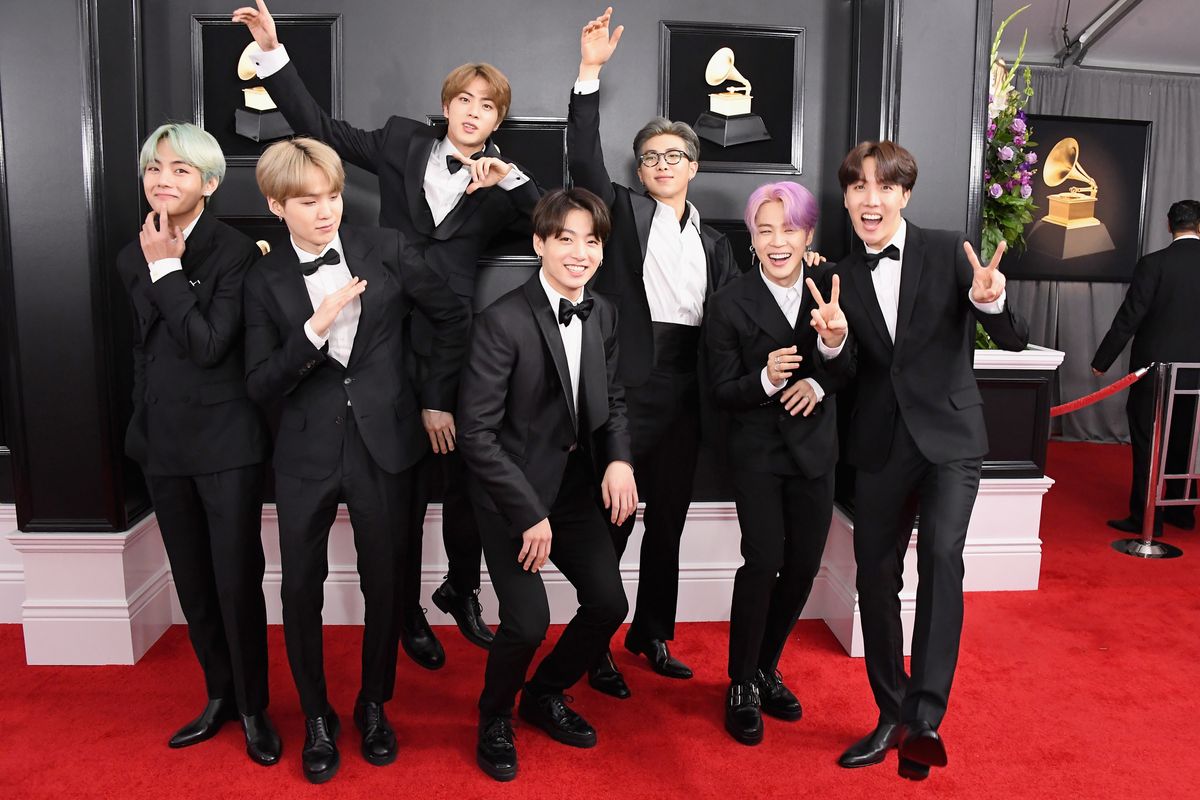 BTS Sings Country at the Grammys

BTS won't be bringing home any Grammys tonight, as they lost to artist St. Vincent for the best recording package category, but it's obvious that they're having a great time at their second Grammy Awards show. Every single time the cameras pan to RM, Jin, Jimin, V, Jungkook, J-Hope and Suga, they can be seen smiling, clapping, and even singing along to performances.

Fans online specifically point out the moment the guys sing along to Dolly Parton's "Jolene." The whole group is seen singing and dancing behind Noah Cyrus and Billy Ray Cyrus. Their Twitter fandom is paying particularly close attention to Jungkook, who once said in an interview that he "likes countryside." The BTS member was also spotted crying as Dolly Parton took the stage.

“i like country side” jungkook showing his inner yeehaw 🤠 #TearItUpBTS
pic.twitter.com/rCp8HfhAPH

Jungkook when he saw Dolly: pic.twitter.com/cHIzs6ru4X

I caught Jungkook crying during Dolly Parton's performance & all the boys bobbin their heads during H.E.R #GRAMMYs #TearItUpBTS [@BTS_twt]