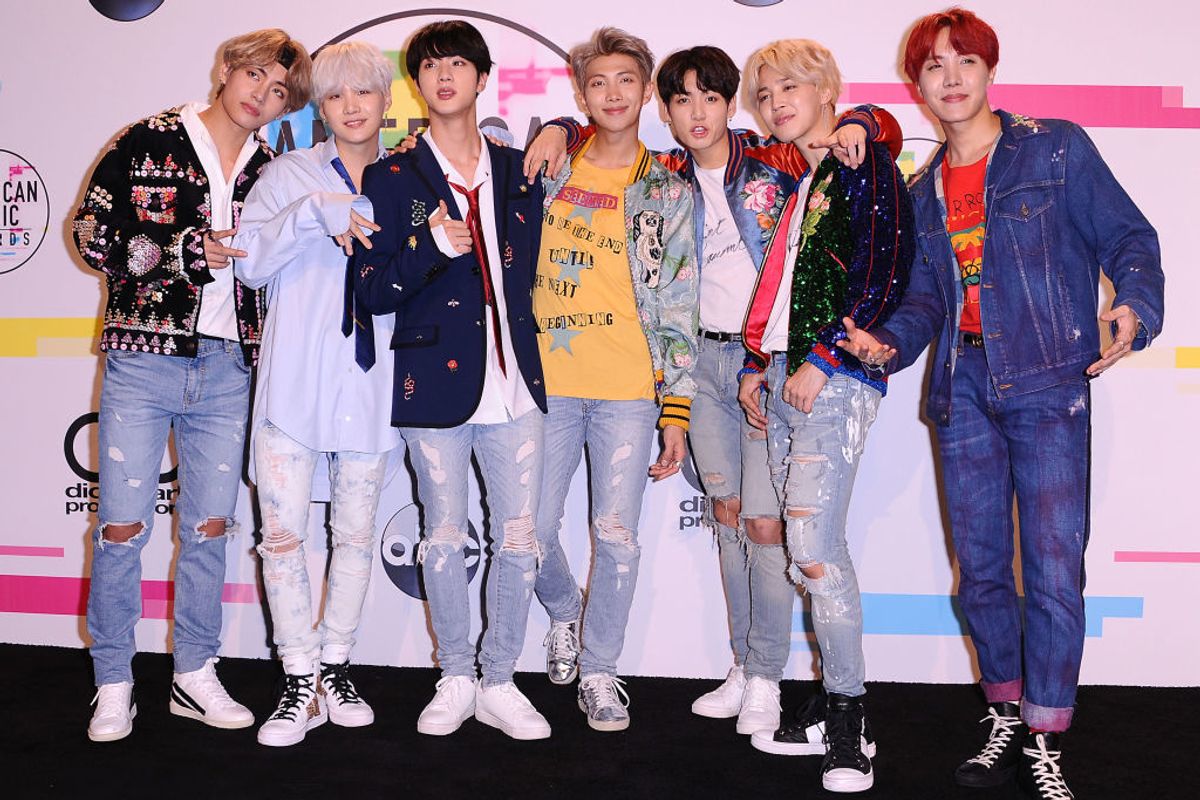 BTS is back with a new music video, and it's breaking records already! The K-Pop group's official "Idol" MV just took the spot for most-viewed video within 24 hours on YouTube. According to Entertainment Tonight, it "racked up over 56 million views on the platform within the first day of its release." And now, after two days of its released, it has over 70 million views.

The record was previously held by Taylor Swift's "Look What You Made Me Do" music video, which had over 43 million views a day after its release during the 2017 MTV Video Music Awards.

BTS recently released a version of "Idol" featuring Nicki Minaj. The rapper recently took to Instagram to post about her collab with the boy band, showing the US iTunes Chart on Saturday with the top 3 spots were taken by BTS. "US iTunes All Genres Chart 😊😩 they did NOT come to play wit y'all 🤣," she captioned. "My version of #Idol with #BTS is out now! Congrats to them on a great new album. I'm honored to be a part of it. S/O to #KOREA ‼️"