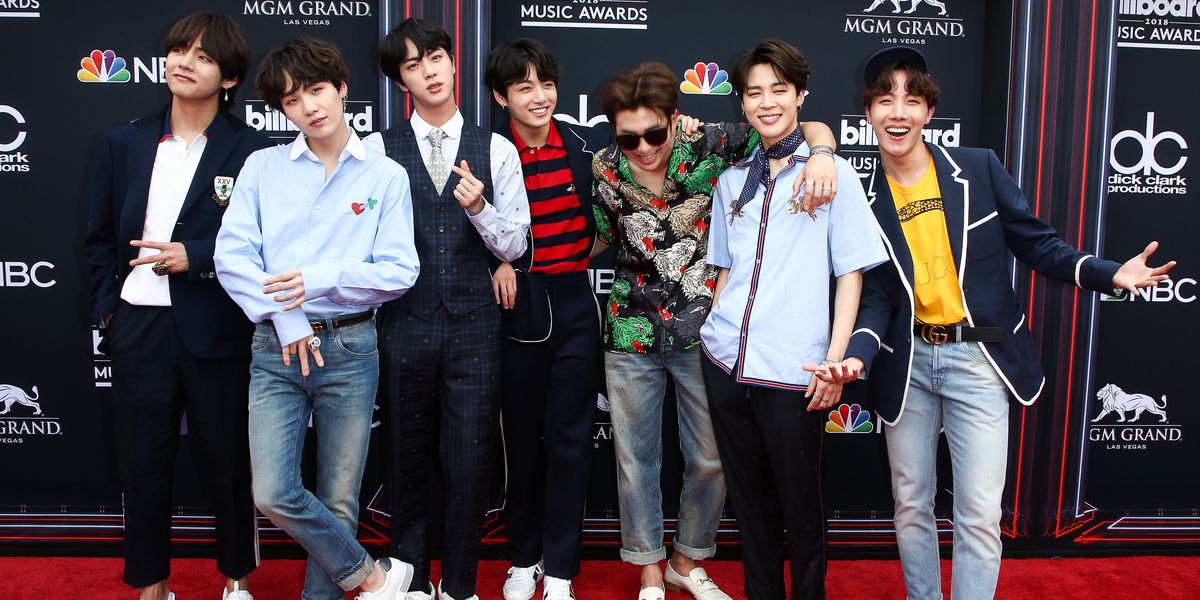 BTS Will Make an Appearance at the Upcoming Grammys

If you weren't already excited to by the fact that Alicia Keys is set to host the Grammys this upcoming Sunday, then be prepared to have the full weight of the BTS army breathing down your neck because the massively popular K-Pop boy band is reportedly set to make an appearance at the upcoming awards show that you won't want to miss.

Related | The 2019 Grammy Nominations Are Here

According to a new report from Variety, the international phenomenon is set to present an award during the upcoming ceremony potentially making them the first ever K-pop act to do so. BTS is nominated for a Grammy this year as well but odds are you won't get to see them deliver an acceptance speech in prime time given that their album Love Yourself: Tear is only up for Best Recording Package. But before you cry 'snub!' all over Twitter, the group does still face stiff competition in their category from the likes of Mitski, St. Vincent, the Chairman, and Foxhole so it's an award worth at least keeping tabs on even if it doesn't make it to air.

On the other hand, notably absent from the Grammy lineup are nominees Taylor Swift and recent Super Bowl Halftime headliner, Maroon 5, who are reportedly set to skip this year's festivities for undisclosed reasons. Whether Drake will show up is still a toss up as well. However, the acts currently confirmed to perform include Camila Cabello, Cardi B, Brandi Carlile, Miley Cyrus, Dan + Shay, H.E.R., Shawn Mendes, Janelle Monáe, Kacey Musgraves, and the inexplicable double-take-inducing combination of Post Malone with the Red Hot Chili Peppers, so it's a pretty safe bet that you probably won't even notice that they're gone.