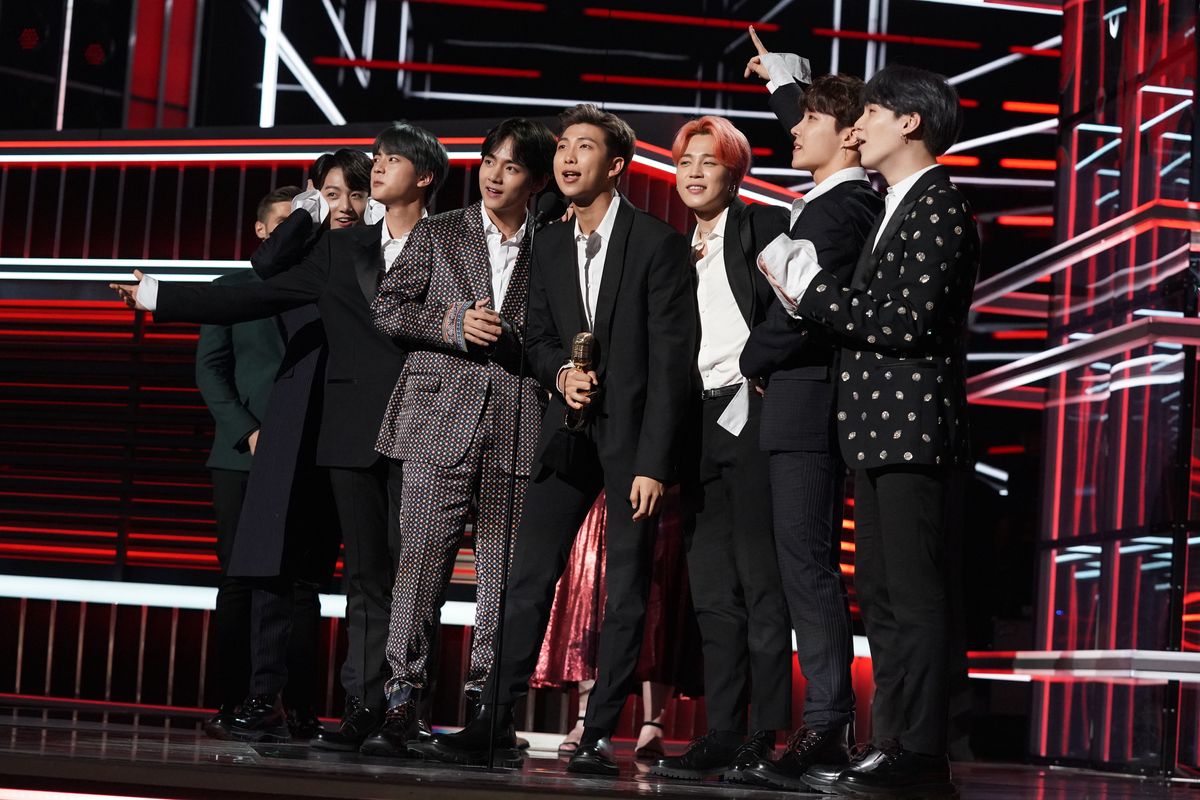 BTS Fans Have Been Camping in Central Park For Six Days

There are BTS fans, and there are BTS stans. Members of the latter category can currently be found desperately conserving phone battery on the outskirts of Manhattan's Central Park, where they're camping out in hope of getting a good spot for the K-pop group's Good Morning America concert on May 15. It's currently cold and rainy in New York! Somebody please check up on these crazy kids.

According to local news service Pix11, many fans have been waiting in the park since last Wednesday, pitching tents for shelter or creating makeshift structures using tarps. The upcoming free show, the first of Good Morning America's Summer Series, was announced on May 3. Tickets disappeared instantly.

Page Six reports that BTS-loving friends have been camping out in shifts in and around Central Park, but conditions are nonetheless getting a bit unpleasant. "We had our tents set up last night, and we put our shoes beneath the tent because we thought they were going to stay dry. That turned out not to be the case," one 18-year-old fan told the outlet. "If you really want something, nothing gets in the way of you having it," added another. An inspiring attitude — I might call in sick tomorrow and haul an inflatable mattress uptown.

A word of warning, though, for anyone thinking about joining the BTS Army: camping isn't technically permitted in Central Park, and the NYPD has expressed as much.