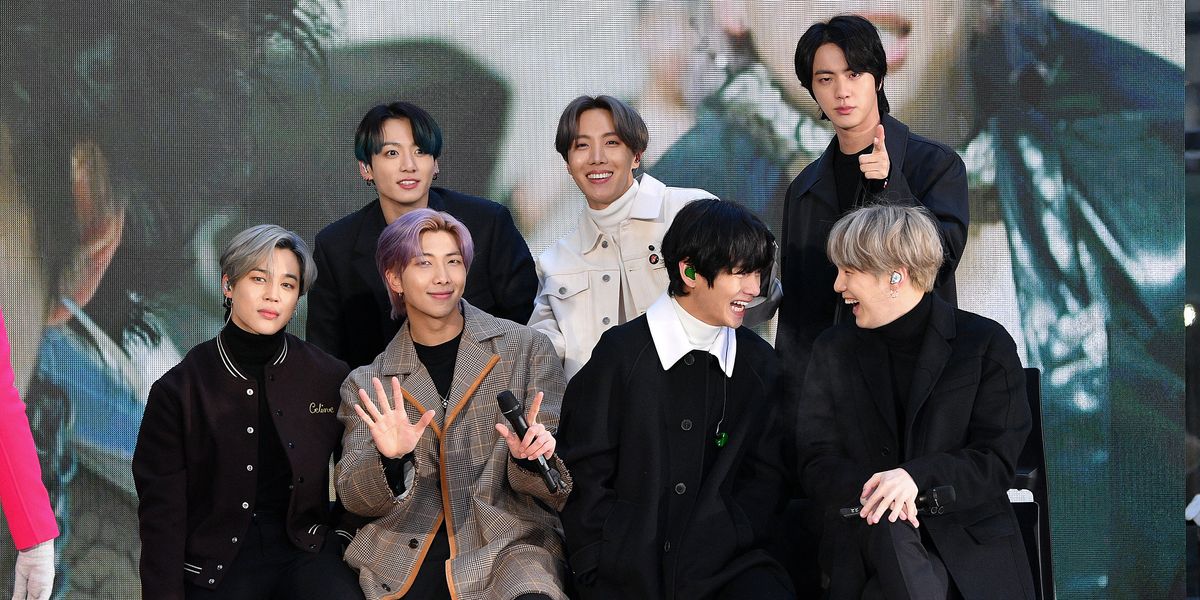 ARMYs, we did it again. According to Big Hit, BTS' "Bang Bang Con: The Live" broke the record for viewership of an online concert on Sunday — and did it stunningly, might I add.

With ARMYs around the world quarantined and missing the thrills of a live BTS arena show, "Bang Bang Con: The Live" was about as close as to the real thing as fans could get. The setlist, which included songs from Map of the Soul: 7, was nuanced and highlighted some of the boys' biggest hits. Fans also praised the quality of the concert, comprised of multiple rooms and stages. Although the event was filmed in Seoul, South Korea, the virtual concert raked in a major peak of 756,000 concurrent viewers across 107 countries and territories.

Dedicated stans on the pop music forum PopHeads on Reddit speculate that this equates to around $19.7 million in ticket sales. While that number is not immediately verifiable, Variety reported that the attendance of the virtual fest was that of "15 shows at a 50,000 seat stadium," so grossing numbers in the multi-millions of USD might not be that far off.

ARMYs took to Twitter today to share their favorite moments from the 100-minute concert, with many praising the "Boy With Luv" remix performed with LED umbrellas and the boys' ever-slick choreography. If we're going to survive the rest of this quarantine, I think fans need a second "Bang Bang Con: The Live" right away. I mean, how else are ARMYs supposed to collect all of the mini BTS tickets?