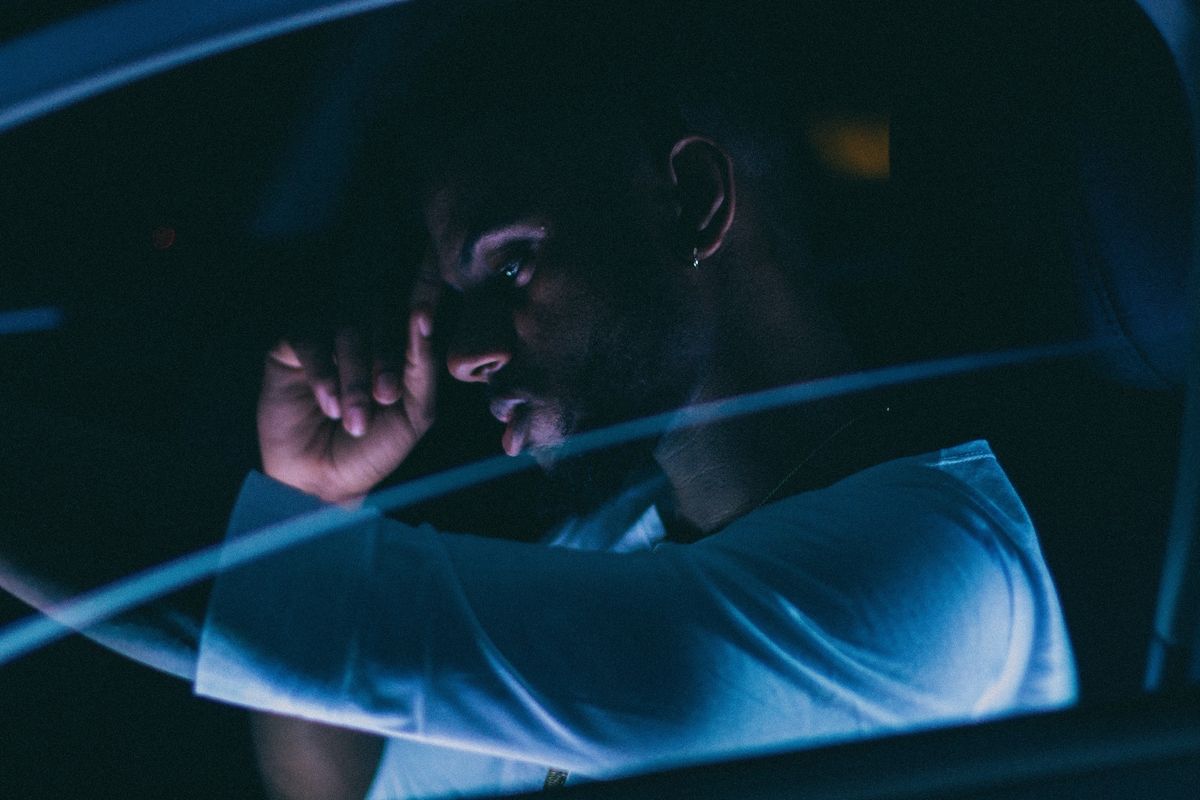 The 23-year-old artist speaks to us about his whirlwind career as he heads out on his first headlining tour.

After a banner year in 2015 that included signing a record deal with RCA and seeing his song "Don't" became a hit on SoundCloud and then the Billboard charts, 23-year-old R&B artist Bryson Tiller appears both appreciative of his newfound success and refreshingly unfazed by all its perks. Speaking of his upcoming headlining tour, which is in support of his debut album, 2015's T R A P S O U L, the Louisville, Kentucky native expresses excitement about getting the chance to be with his friends on the road and "going to IHOP to talk about whatever." His low-key vibe belies his talent; he's a R&B artist who also has a knack for rapping and there's probably no better way to describe his mixed style than to borrow from his album title. And this facility for switching between singing and rapping has found a fan in a superstar known for this same skill: Drake. The rapper offered to sign Tiller to OVO but the deal was ultimately passed up in favor of a better contract from RCA. As he begins the new year on the road, Tiller took a moment to chat with us about his fear of asking an artist for a feature, his aspirations outside of music and what has changed most since getting his record deal.


What made you first want to rap on some of your R&B tracks?

I just feel there are some things I can say rapping that I can't say singing. So I just try to keep it in between. I never try to go too too R&B, or too, too rap. Actually sometimes I do go too, too rap.

What would surprise people to hear about an artist or song that you really like right now?

I love Paramore. I have a playlist that I got a bunch of artists like that on because that music makes me happy. So there is a playlist that cheers me up when I'm upset -- I have John Mayer on there. I have Empire of The Sun. Just a bunch of random artists that people wouldn't think I listen to. I actually just drove to the store and I was listening to Frank Sinatra.

Why did you decide not to have any features on your first album?

I'm weird about features and asking another artist for one. I hate getting rejected, which is why I don't really holler at girls for real. So it's hard for me to go up to other artists and go, "Yo, do you wanna get on my song?" and they turn you down and be like "Nah." So I'll just do it myself. If someone's not going to rap on my song, I'll rap it myself. If they won't sing on my song, I just sing on it myself.

You've previously mentioned in interviews that you want to get into film. Is that next for you?

I actually want to direct movies. But I want to be like Quentin Tarantino and act in my movies -- but not like a little side acting, I don't want a side role or whatever. I want a lead role in the movie. I'll do both. I don't have to direct a film that I'm acting in though. I just want to do both. But directing films is just something I can see myself doing.

You've also mentioned that you want to get into cartoons -- like the ones they make on Adult Swim.

Yeah, that's the first thing I'm going to be doing. I feel like that's going to be my starting point. Me and my best friend, we actually write down stuff. He's hilarious. His name is Swan. I'll be like, "Write this down, we need to put this in the skit." Or "Write this down, write that down." So Adult Swim, we'll do a cartoon or something. I can't wait for that.

Now that your music is blowing up and you're signed to a major label, what has been the biggest change in your life?

The way people act towards me. Because I'm a person that nobody really called, nobody really looked at, nobody really...nobody ever paid attention to me. So just the fact that everybody wants to be in my line now. Everybody…girls are trying to talk to me. Dudes are trying to be my friend. It's just crazy to me. It's the number one difference.

Is it a good or bad difference?

I don't know because I don't know how to handle it. So I don't know if it's bad or good. It could be bad, if I don't learn how to adjust and get use to it. Because even when I'm onstage and I have to talk to people and say things, it's just weird to me because I've never really talked to anybody. I talk to the same five people and I'm just so comfortable with those people that I just be myself. But lately I've been learning just to be myself onstage and it seems like people are responding in a good way.