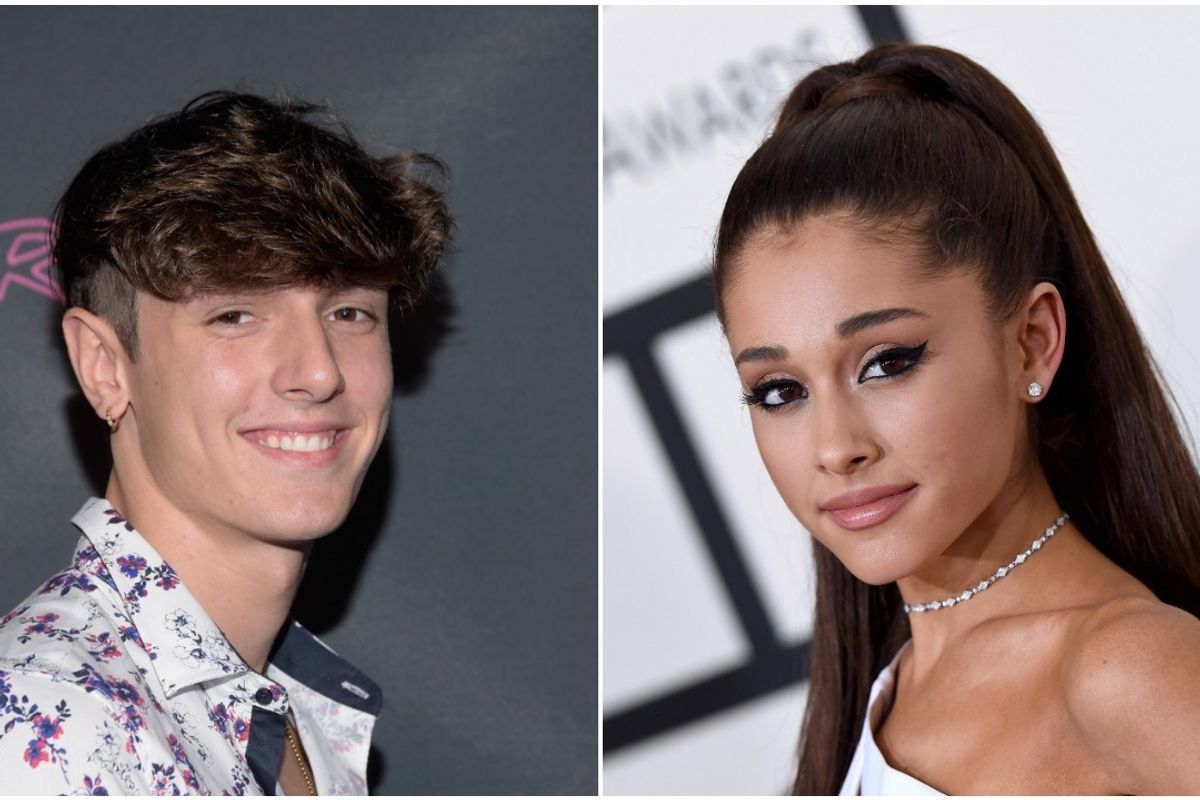 Bryce Hall is pushing back against Ariana Grande's TikTok influencer call out by calling it part of a strategic "marketing move."

During her interview on The Zach Sang Show last week, the pop star — who's continually urged fans to stay at home — made headlines after coming for those who've continued to party throughout the pandemic. And while Grande didn't name any names, her comments about L.A.'s Saddle Ranch led many to believe she was taking specific aim at the TikTokers who are often spotted there.

That said, Hall apparently had some thoughts of his own about Grande's perceived shade during a recent conversation with the Hollywood Raw podcast.

Though the influencer began by admitting that Grande was "not wrong," he said that it was "unnecessary to call out a specific group, especially when there's other people doing it."

Not only that, but Hall — who was previously charged for throwing two large gatherings with fellow Sway House member Blake Gray — also went on to seemingly accuse the Grammy winner of calling out TikTokers for the publicity, as they have "a high audience."

"She knew a lot of people would agree, because there's a lot of people that hate TikTokers especially," Hall said. "I mean, it was obviously like a marketing move and good for her. But like, she's not wrong."

Listen to Hall's comments for yourself, here.