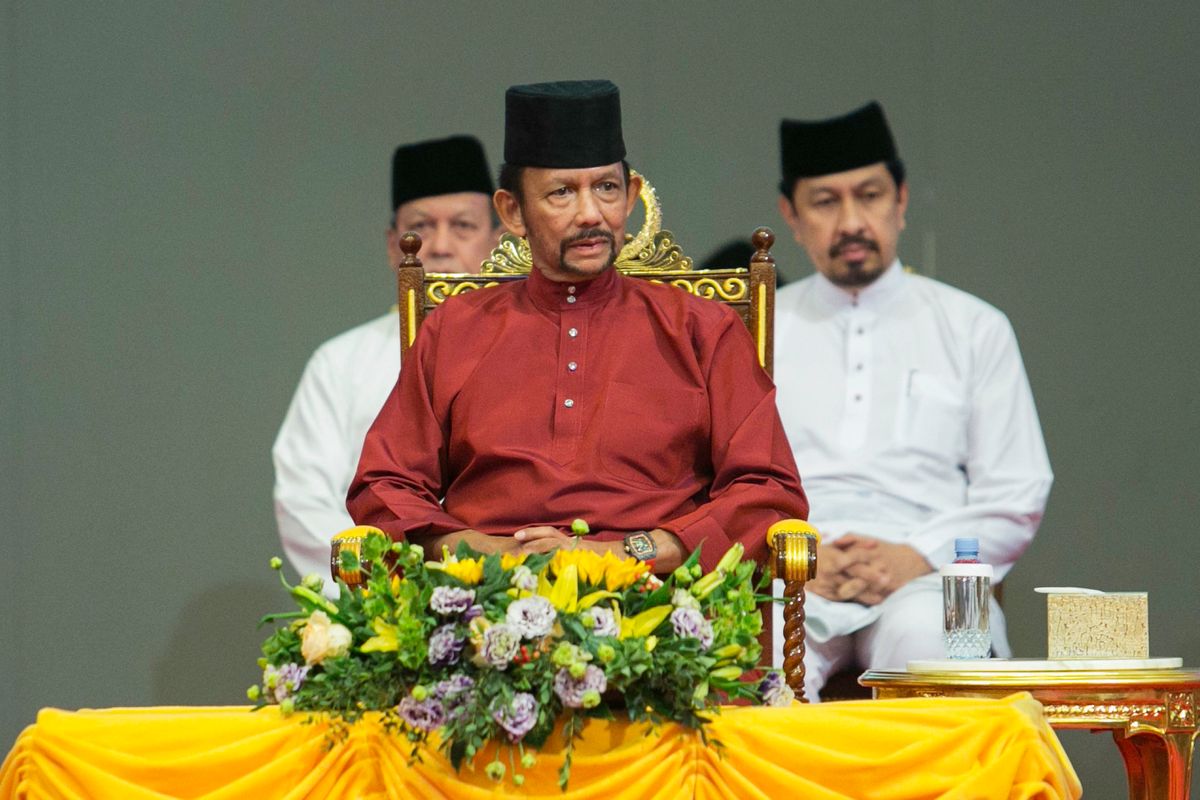 Homosexuality was already illegal in Brunei and previously punishable by a ten-year prison sentence. Now sodomy, along with rape, adultery, robbery, and insult or defamation of the Prophet Muhammad, will carry a death penalty. Lesbian sex is punishable by 40 strokes, or prison. An additional new law punishes theft with possible limb amputation.

While these laws are incredibly harsh, it's unlikely that stonings will actually occur. In order for someone to be convicted of sodomy, for example, four Muslim witnesses must be present for the act and report it.

Still, life will no doubt become even harder for LGBTQ Brunei residents. A 40-year-old gay Bruneian who is currently seeking asylum in Canada told the BBC that citizens are now understandably more afraid to express their sexuality publicly. "The gay community in Brunei has never been open, but when Grindr came that helped people meet in secret. But now, what I've heard is that hardly anyone is using Grindr anymore," he said.

Several celebrities have sought to increase public awareness about Brunei's pivot to Sharia law. George Clooney and Elton John are currently boycotting a list of nine luxury hotels in cities across the U.S. and Europe that are owned by Sultan of Brunei Hassanal Bolkiah, including the famed Beverly Hills Hotel in Los Angeles.

"This April third will hold its own place in history. On this particular April third the nation of Brunei will begin stoning and whipping to death any of its citizens that are proved to be gay," Clooney wrote in an op-ed. "Let that sink in. In the onslaught of news where we see the world backsliding into authoritarianism, this stands alone."

John shared his own sentiments: "I believe that love is love and being able to love as we choose is a basic human right. Wherever we go, my husband David and I deserve to be treated with dignity and respect — as do each and every one of the millions of LGBTQ+ people around the world." Ellen DeGeneres has also called for people to "rise up" against the legislation.