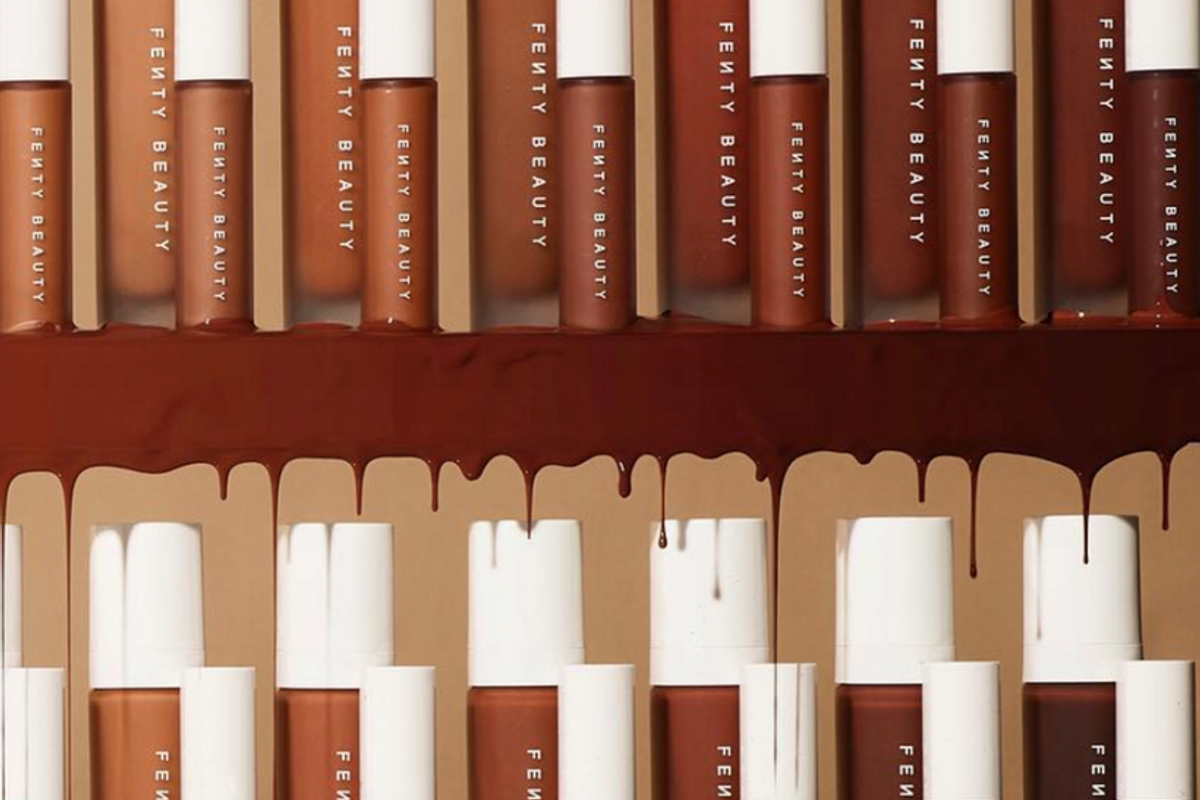 It's 2019 – so why can't women of darker tones find a foundation that matches their skin? It's a long-standing problem that has seen slight recent improvements: the two years following the launch of Fenty Beauty have produced an afterglow called the 'Fenty Effect,' in which mega brands scramble to keep up with Rihanna's inclusive and best-selling brand by quickly expanding upon their own narrow shade offerings. We've seen many women find their tones in those expanded lines — a thing that in the era of every kind of highlighter, contour, and lipstick texture seems simple enough.

Still, we've also seen plenty of those brands continue to come up woefully short, with many presenting a 40 shade collection (the number in Fenty Beauty's first launch) in which the vast majority of tones still skewed white, while darker shades were inauthentic or poorly developed. Regardless of the fetishization of Black bodies and identity in pop culture, it still took Fenty's dramatic commercial success for corporate beauty brands to see Black women as a market to cater to. Their treatment by the beauty industry highlights how minority women overall are seen, represented, and marketed to, and who else is left out of the conversation.

Most people can't get more than two names past Priyanka Chopra when asked about prominent South Asians. That means that major beauty brands don't have South Asian faces in mind when creating products — and why would they, if it took decades of Black women being culturally relevant for them to finally be seen, and just barely catered to? Only recently has South Asian culture become acceptable in wellness and food thanks to yoga and turmeric lattes.

Most South Asian women have a yellowish or olive undertone, which differs from the typical pink-based offerings most beauty brands supply (or worse, a strange orange one.) The shades are out there, but certainly not as easy to find as a color match for white skin. While South Asian-owned beauty brands aren't as common on the U.S. market as say, Korean beauty, a few companies run by Brown women have emerged in recent years – Stellar and Hi Wildflower being amongst our favorites.

In the search for the perfect arsenal of color matched makeup, PAPER asked over twenty South Asian women for the brands and products they turn to again and again. Our sample set ranged in age from 17 to 84, with varied Brown skin tones and makeup budgets. Most women polled said they had trouble finding the right color foundation and often mixed a few, but overall, they mentioned many of the same brands. Here are the five brands that topped their lists.

Fenty, unsurprisingly, was mentioned by half of the twenty South Asian women we talked to. Pro Filt'r foundation was a favorite mention, as was Sun Stalk'r bronzer — one Indian friend said, "It's the first time I have used a bronzer that doesn't make my face look muddy."