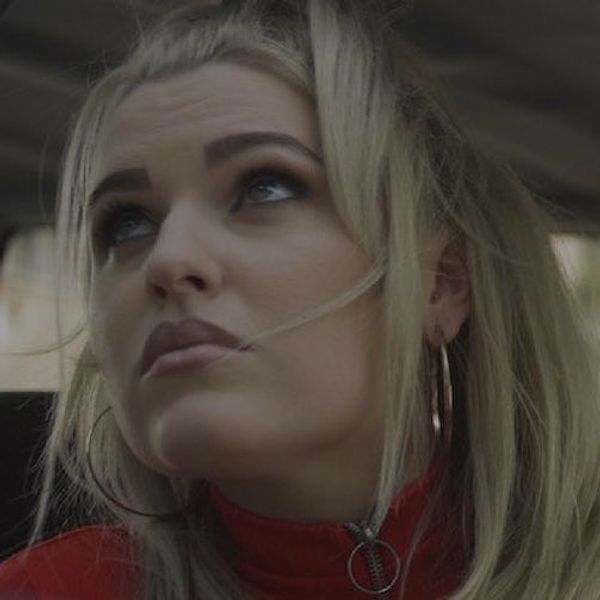 How One Festival Is Changing the Way We See Films

Whether related to disparity in pay, nominations and dress code, sexual harassment, or injustices beyond the silver screen, the film industry has become a place of protest. Female actors and filmmakers have taken to organizing actions, gatherings, and speeches for their causes at festivals and awards shows. While women are leading the charge of protests, men continue leading the festivals and judging processes. Instead of trying to appeal to gatekeepers of existing festivals, Katy May Hudson created a new one—the Brooklyn Women's Film Festival (BWFF)—to uplift fellow marginalized voices and reflect the diversity we actually live in.

The BWFF showcases shorts written and/or directed by self-identifying women. The monumental growth of the festival from last year's 215 submissions to this year's 760 indicates that filmmakers are eager to build this new world with her.

I attended this year's screenings, and it was as manifold as I'd hoped, not just in terms of people on screen, but also in terms of the types of stories told. It showed people of all genders, ages, and races as heroes, villains, humans, and beyond. The stories were gory, violent, uplifting, joyous, aggressive, and gentle. The BWFF gives space for women to create complex characters and storylines, "to make sure each program had a bit of everything for everyone," Hudson said.

After the festival, PAPER caught up with Hudson to talk about gatekeepers in the industry, representation beyond race and gender, and how she must always keep learning to ensure the festival improves and becomes a more diverse, accurate reflection of the world, each year:

Why does this festival need to exist?

There are a ton of women telling stories that don't get seen. Without an audience, you don't get as many opportunities, and without as many opportunities you don't get jobs, and without women getting jobs as key creatives, the bulk of society's stories are coming from one half of the population. Which is absurd! There is a domino effect that starts at this small level—the festival circuit—and then carries on from that. I want to create more opportunities for women to showcase their work and for female creatives to get paying work.

What's your experience with existing film festivals? How did it play into your decision to start BWFF?

I attended my first film festival in the mid 90s. As I continued attending festivals over the years, I noticed that the bulk of the programs I saw were not only directed and written by men, but that the stories were repetitive—the same clichés, the same structures, the same heroes and villains, the same message. If they did show films made by women, they were clumped together in these awkwardly titled blocks such as "ladies night out" or "what women want." I felt like I could be doing a better job than most of these festivals that were being run by dudes. I could get a group of really smart women together who were also filmmakers and we could put together a festival that felt special and provided a space that celebrated female filmmakers in all their complexities and nuance.

Why did you decide to start a new festival, as opposed to aiming for involvement and better representation in existing ones?

Decision makers weren't accessible. Festivals were profit driven and uninterested in building community. I tried to get involved anyway. I soon realized that these festivals had no reason to invite anyone into their world. So, instead of waiting for an invite, I started inviting people: to send their films, to be judges, to volunteer, and to watch these films. I wanted to create a festival that felt more curated and personal, and that didn't adhere to the traditional structure of film festivals. Since BWFF, other festival programmers have reached out and are interested in having a conversation. Hopefully, now representation will be on their minds and in their programs!

I love that BWFF includes films starring women, men, and folks beyond the binary. How did you decide on including all genders—instead of just women—in a festival highlighting female filmmakers?

Womxn can tell stories about whatever they want—men, women, gender, aging, community, war, murder, revenge, whatever. I want BWFF to feel like a kaleidoscope, churning through colors and shapes and textures of the stories that we are capable of. We are as limitless as our counterparts. That's the beauty of female storytellers and that's what BWFF aims to demonstrate.

Age diversity was important to me too. I really wanted to have a representation of all ages, especially elderly folks, because those communities are such rich storytellers and I hate that they are pushed into the margins of society.

I am mindful of balance and representation and the lessons taught from these tests when curating a program. Sometimes that means going back to a pile of films that weren't initially in the first cut. Sometimes that means saying, "This is another great film, but it's about a 20-something year-old white woman and we only have so much space for that." Sometimes it's about reaching out to communities that might have access to filmmakers making the kind of work we need.

It's something that I work on a lot and something that I will need to work on constantly. For example, we did not have enough Latinx stories represented this year. Spanish is the second most spoken language in the world—we should be hearing it all the time at festivals like BWFF! So, I have some people and groups that I will work with next season to make sure this doesn't happen again.

If/when other festivals are finally inclusive of marginalized groups, would you still see a need for BWFF?

I believe so, yes, because this moment in time is real and cannot be erased and should be remembered even after it's fixed so that it does not happen again. If there was parity, BWFF might then take on a different function, like looking at the history of feminist film or revising the canon to be more inclusive of female works.