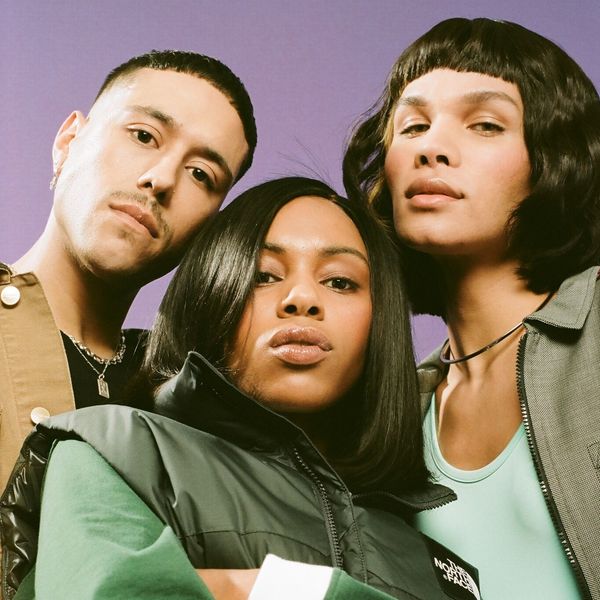 The days of celebrities riding horses into Studio 54 and club kids striking fear into the hearts of stay-at-home moms can often feel like a far cry from the sweaty, up-to-code functions that now lie at the heart of New York nightlife. No longer locked in a bitter rivalry between the Uptown and Downtown crowds, ever rising rent prices have since pushed the scene deeper into Brooklyn bringing with it a more diverse, politically active generation to carry the torch forward.

As a part of a new campaign promoting the launch of the '90s dad sneaker-inspired, Adidas FYW S-97, Sneakersnstuff turned to the contemporary Brooklyn scene for an update. Tapping four trailblazers that sit at the vanguard of New York nightlife, Dylan Ali, Jose Girona, Maya Margarita Monès and Elvin Tavarez delve into what they love about Bushwick's DIY club culture and what they are doing to push the community forward.

Colleague and friend Tavarez echoes a similar sentiment, underscoring the importance of collectives like local staples Bubble T, Papi Juice, Club Glam, and Shock Value that prioritize people of color and queer voices. "[C]ommunity is very important to me because, in order to build strong ones, you need respect and support. If the world's inhabitants respected and supported one another more, we'd be in a very different place today."

This deeper understanding of nightlife can be used to effect change and create a network of support for otherwise institutionally disadvantaged individuals. "It feels like folks are holding each other tighter and dancing with more passion than ever before," says Maya Margarita Monès, aka br0nz3_g0dd3ss, giving a shoutout to venue and cultural hub, Elsewhere, in the process. "Nightlife spaces are sometimes the only place we get to release and just be, which in the world we currently live in, is so essential."

Scope out the full campaign, below; the Adidas FYW S-97 goes on sale starting April 17th online and at all Sneakersnstuff locations.