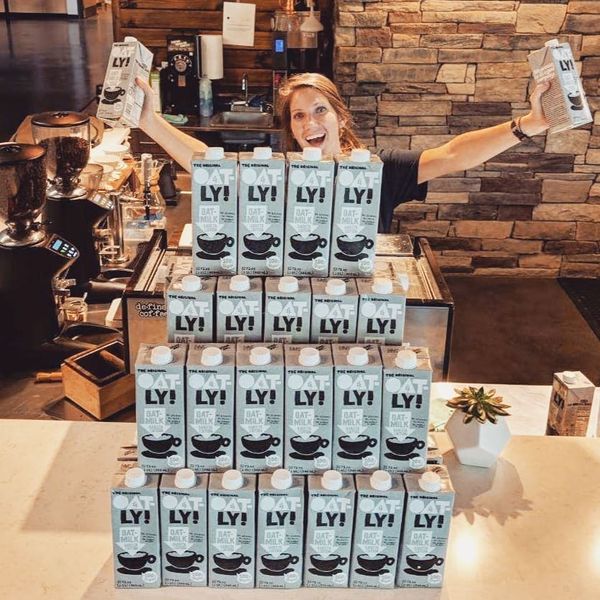 The borough is 'running out' of its favorite new trend.

Ah, Brooklyn. The place where cultural movements are born and swiftly killed at a rate faster than a fruit fly's lifespan is the site of the latest trend's death: oat milk.

Oat milk arrived in New York City in 2016 as an alternative to the alternative. Unlike soy, coconut, almond or any other substitute for cow's milk, oat was touted as "environmentally sustainable, less water no added sugar," Brooklyn coffee shop co-founder Rod Coligado told the New Yorker recently.

Coligado's shop, Butler, was the second cafe in NYC to carry the new coffee additive, and within six months had seen its consumption quadruple, the New Yorker reports. Then, it suddenly vanished, with the supplier claiming the stock had dried up, as it were. "It's affecting their life styles," Coligado said. "Something catches on so quickly, and then it just goes away."

Related | Meet the Woman Who Made Kale Famous

Apparently it comes down to a simple issue of supply and demand, though it's the rare case in business where the latter beats out the former. The oat-milk process is a delicate dance that involves using enzymes to liquify raw oat kernels, and as the general manager of the Swedish company that invented oat milk explained, "There's a tension between speed and quality here," he said. "We can't just go to a manufacturer and say, 'Here's a bucket of oats, go and make oat milk!' This was all too much and too soon."

While some product can be found on sites like Amazon for an inflated price, it seems that Brooklynites, hipsters and coffee snobs the world over will simply have to wait until more batches can be made or the next craze catches on.