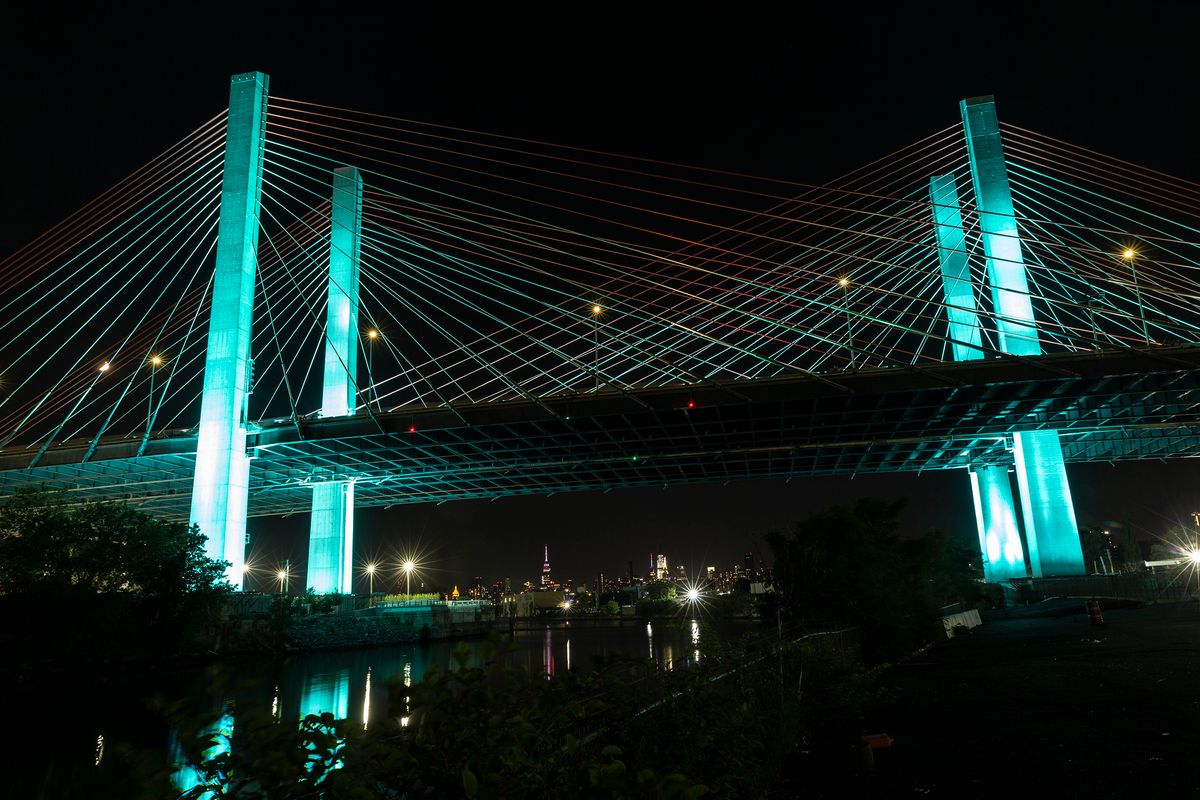 We all miss raves — the sense of community, the feeling of escape from the pressures of real life, the thrill of massive subwoofers rattling your bones reminding you that you're alive. But no matter how much we want that, throwing them right now is reckless, irresponsible and makes the day when we can safely produce events again all that much further away.

It's easy to dismiss these unsanctioned gatherings as being the type of thing that only happens at Trump rallies or at FuckJerry-produced Chainsmokers' concerts in the Hamptons, but it can happen anywhere.

Reports of a free "secret" rave thrown this past Saturday underneath Greenpoint's Kosciuszko Bridge is drawing sharp criticism from the underground Brooklyn dance community. Thrown by group called Renegade, the event featured sets by Pictureplane and Mazurbate, and according to Guest of a Guest was thought to be a Black Lives Matter protest that spiraled out of control. When asked for comment, however, organizers said it was intended to be a fundraiser for the Legal Aid Society.

Footage of the function quickly peppered people's Instagram stories over the weekend that show many attendees failing to follow social distancing guidelines or even wearing a mask in a crowd that drew hundreds of people. Organizers told Gothamist that water, masks and hand sanitizer were distributed to partygoers at no cost, but videos also show masks being thrown on stage during Mazurbate's set. Defending their decision to throw the rave organizers said, "If you think people aren't going to gather, you're a fool — there's no stopping that."

And while it may be true that it is impossible to restrict people from gathering without a Draconian level of law enforcement, it is important for organizers to not give people an excuse to do so either. In a series of since deleted tweets, DJ and producer Mike Simonetti revealed that he was also approached to play the event but declined, reminding of the human toll this virus has had on people. Simonetti added that it would be disrespectful to his own father who ended up dying alone after contracting COVID-19. "Imagine being married for 50 years and not being able to see your husband on his death bed."

In a statement to Pitchfork, Pictureplane expressed regrets about agreeing to play the event. "It felt incredible to DJ after being alone in my house for basically 6 months," he said. "And I'm sure a lot of people there felt the same. But I don't think it was worth the risk looking back on it now. I definitely won't be going to any events like that again while COVID is still happening. And I really hope that no one gets sick after this event."

During a press conference Monday morning, New York Governor Andrew Cuomo mentioned the bridge rave and an East River boat party that was busted this weekend, as well. "It's disrespectful," he said. "It's illegal. It violates common decency. Look at all the people you endangered. What if one of the people gets sick and dies? We need better enforcement all across the state."