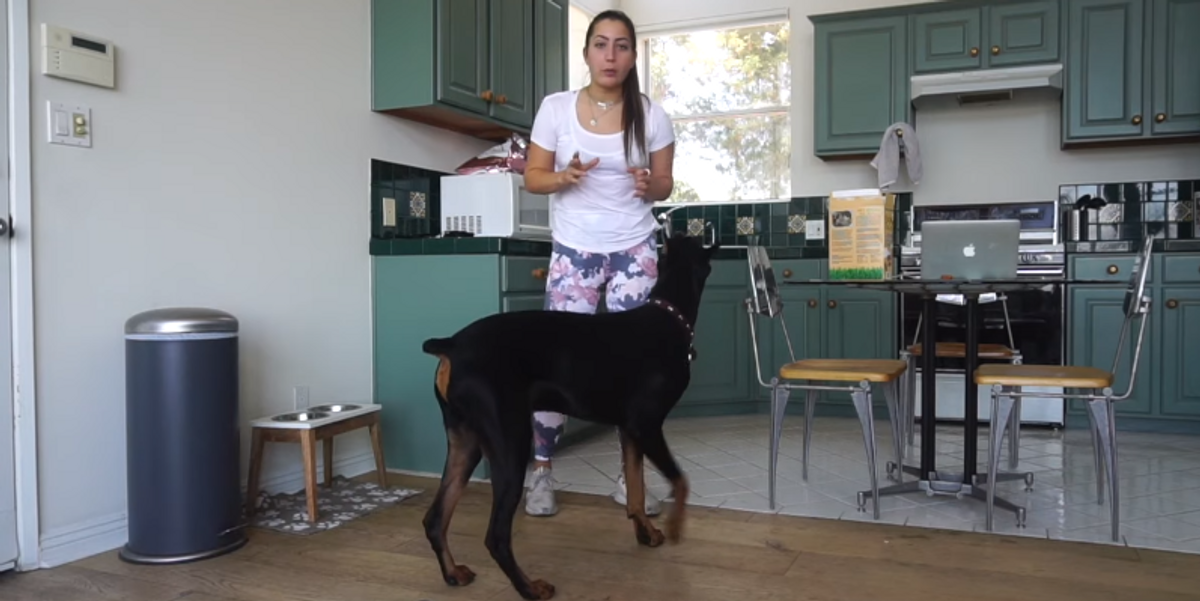 YouTuber Accused of Animal Abuse After Hitting Dog in Video

YouTuber Brooke Houts is under police investigation after she appeared to hit and spit on her Doberman puppy, Sphinx, in a now-deleted video.

Many followers and drama accounts claim the original upload of Houts' "plastic wrap prank on my doberman" vlog showed her acting cruelly towards Sphinx. The clip was edited, then erased altogether, but some footage has re-emerged on Twitter, and it's definitely disturbing. A representative from the LAPD confirmed to BuzzFeed News that police are in contact with Houts over claims of animal abuse.

The YouTuber has also made a public apology using the Notes app. In a lengthy response, she explained that she'd been having a stressful day when the offending video was filmed. She added that her attempt to discipline Sphinx had gone too far: "Should I have gotten as angry as I did in the video? No. Should I have raised my voice and yelled at him? No. However, when my 75 lb. Doberman is jumping up in my face with his mouth open, I do, as a dog parent, have to show him that this behavior is unacceptable. But I want to make it known, REGARDLESS of what my dog does, I should not have acted that way towards him."

Houts went on to claim that she's usually "a great dog mom," describing how she enjoys giving her dog treats and buying him toys: "This does not make my actions in the footage okay, but I'm just explaining what my day-to-day life is really like, whether you believe me or not."

Houts recently purchased Sphinx from Craigslist, and he has featured in no less than five of her videos in the past month. Many followers are accusing her of essentially getting a pet for the clicks. For the record, Sphinx appears happy and healthy in Hout's other videos, but the YouTuber does talk about the struggles of owning a dog, which include contending with behavioral issues.