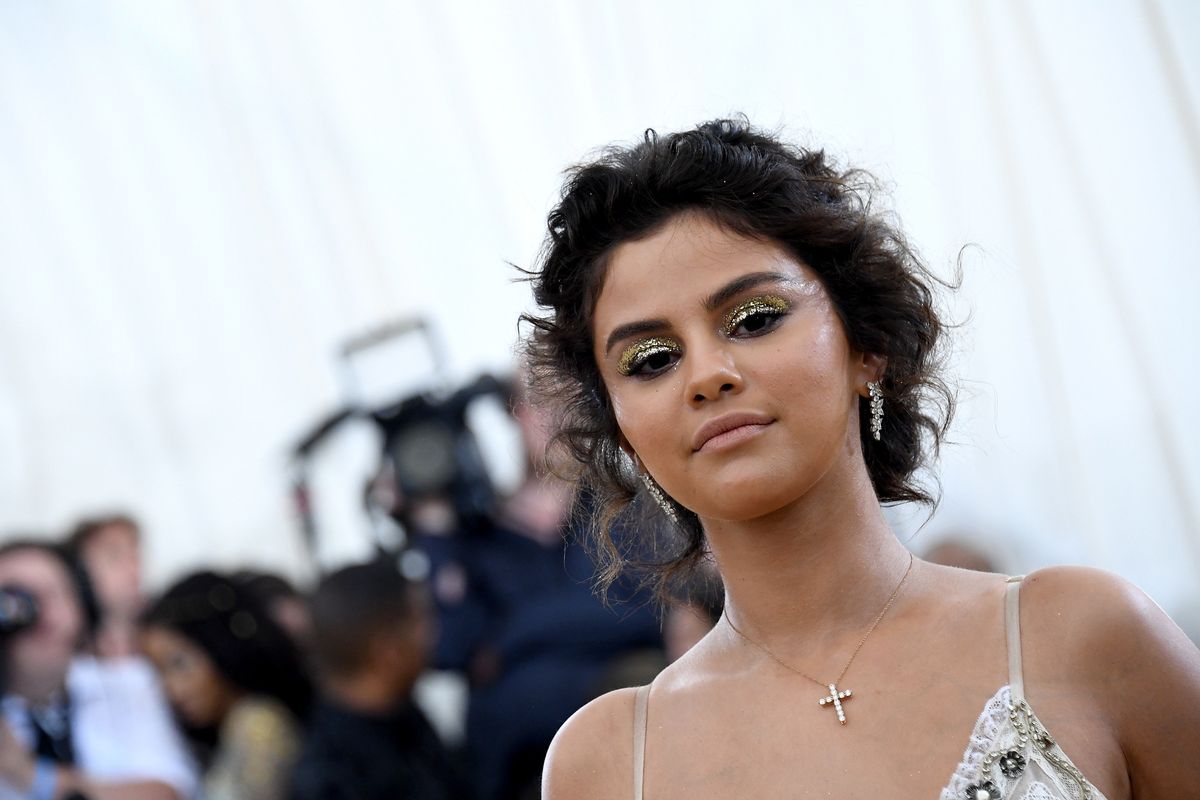 How Do You Get the Most-Followed Person on Earth to Follow You?

When someone asks if you've heard of someone famous, and you haven't, you have two choices: A rueful admission that no, you don't know who they are, risking appearing out-of-touch and hoping the other person will respond some variation of, "Omg, don't even worry, they're super niche," or you fib, praying your non-knowledge goes un-probed. When I mention Brooke Fraser in the U.S., a Christian New Zealand singer-songwriter who has enjoyed several number ones on our country's charts, and many more top 10 hits, eyes glaze over. If you're a non-Kiwi who claims to have heard of her, you're either a pop culture fanatic with an unparalleled knowledge of folk-pop, or you're lying.

Everyone knows Selena Gomez. The Disney-actress-turned-pop-princess is the most-followed person on Instagram by a significant margin. Almost 140 million people await her updates with bated breath, that's tens of millions more than Beyoncé or Kim Kardashian. A member of TIME's 2017 most influential people on the planet, Bajan goddess Rihanna doesn't even come close. Not even aforementioned on-again-off-again beau, Justin Bieber, can compete with her fanbase.

Just as your online popularity indicates your clout, there's a non-spoken Instagram rule declaring the more disparate the difference between your follow count and following list, the cooler you are (presumably because it indicates you don't need to keep up with your followers as much as they do you) — something that Gomez takes to the next level. Of her millions-strong disciples, the singer returns the favor to only 36 Instagram dwellers. They include:

Fraser, the now 34-year-old daughter of a national rugby player whose song "Lifeline" was among the first I learned to play on the guitar via a very New Zealand-proud tutor and the woman you've never heard of, is one of the only actual humans to appear on Gomez's Instagram feed (there are 10). She doesn't even follow co-star, perceived bestie and American sweetheart Timothée Chalamet, so how on earth did Fraser make the cut?

Related | Wear Your Love For Timothée Chalamet with 'Chalamet and Chill'

The trail begins — like most things, according to some — with Jesus. Both Fraser and Gomez, along with Bieber, Chris Pratt, Kourtney Kardashian, model Hailey Baldwin and many other hot millennials, are members of Hillsong, the Australia-originated, 35-year-old church now-famous for its celebrity attendees and hip, streetwear-donning elders. Hillsong has almost a million fans on Twitter, and is generally so well plugged-in, it makes you wonder if all catholicism needed to rehabilitate its image was a strong social media presence.

Hillsong, however, is not catholic but "pentecoastal," which means protestant, or a renewed protestant movement. Although that's not to say it hasn't already garnered the criticism associated with other Christian denominations — the church's official stance is that homosexuality is a sin, accusations of anti-feminist teachings have been made (they have vehemently denied both claims) and its founder is also a Trump supporter. Nonetheless it's apparently also very profitable, if for nothing other than its musical presence. The church has become the meet-cute for multiple bands, and as such appears in their titles, such as Hillsong Young&Free and Hillsong Worship.

Fraser, who apparently now goes by her married name "Ligertwood" professionally, is a member of the latter and enjoying consistent victories as part of Hillsong's congregation. Last year she co-wrote and sung lead vocals on a song that spent eight weeks atop Billboard's Hot Christian Songs chart. Relevant was "wrecked" after Hillsong Worship's acoustic rendition of "Remembrance." They're now recording albums live in front of audiences of thousands.

With this newfound success came profiles chronicling Fraser's "reinvention," and even a Grammy for her contribution to Hillsong Worship. She apparently doesn't want to be "pigeonholed as a Christian," even though she believes "church songs are the ultimate pop music." So does this narrative of Brooke Fraser, the New Zealand girl and her guitar who couldn't crack the U.S. market, only to later become Brooke Ligertwood, a Christian pop icon from a hipster — and seemingly problematic — megachurch, warrant genuine friendship and admiration from Gomez? Moreover, why is it that Gomez follows Brooke Fraser, whose bio reads "mainstream music artist" rather than her U.S.-recognizable and overtly Christian handle Brooke Ligertwood, who only has 20k less fans than her "mainstream" counterpart?

In a Vogue profile with the superstar from 2017, Gomez discusses her tight-knit circle outright: Gomez currently lives in an Airbnb in the Valley and honestly doesn't get out much, except for long drives with her girlfriends: a realtor, a techie, some folks from church. "I think seventeen people have my phone number right now," she says. "Maybe two are famous." It sounds lonely, or at the very least, intentionally reclusive. So what is the criteria to be followed, and therefore accepted, by the most-followed person on earth? Grammy-winner might be necessary, considering all music-related followees have one. Maybe Christianity is a requirement, but so far no one has seen Taylor Swift gracing the Hillsong pews. Actress Francia Raisa and Coach, both among the 36, gave Gomez a kidney and multi-million dollar deal, respectively. Gomez even unfollowed close-collaborator Petra Collins, a seemingly good friend with whom she's releasing a short film. So what does Fraser, or Ligertwood, bring to the table?

"I... can't wait for people to forget about me," Gomez told the Vogue reporter in the same interview, though given her stature, that's unlikely. What makes the 21st century celebrity so titillating, of course, is that no matter the access we're provided, there's still a entire team holding us at arm's length from seeing what's really behind the curtain. As each scandal erupts, some even gaining enough traction to incite a revolution, we perceive the separation between us and our demi-gods to lessen.

In reality, though, what do we really know, beyond our rudimentary sleuthing and unsubstantiated assumptions? There is no clear path to understanding the inner workings of fame and the famous, but there's certainly joy in keeping up — or maybe we should let them go altogether, and welcome the embarrassment of the unknown.